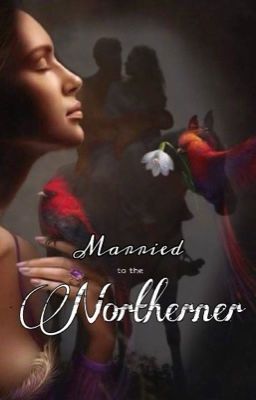 Married to the Northerner

Avani, a princess from the lands of the south; beloved and cherished by her people, hated and abused by her family. Despite having the finest dresses, sharpest knowledge, and incomparable beauty, all she yearns for is love. Nathaniel, the king of the northern land. His people love him more than anything, praising his leadership, bravery, and generosity. Everything he does is for the betterment of his people and kingdom. Other king's fear him, being his enemy is practically self destruction. When a proposal reaches to him from the southern King, his enemy, he already knew his answer. The strengths of both Kingdoms increase and have each other's back instead of being foes, in exchange for the marriage of Princess Avani and King Nathaniel. Thrown into a forced marriage, where cultures are intertwined, sacrifices are made, friendships are formed, and love blossoms. Will the Princess of the South and King of the North finally have their happy ending? *Edited Chapter updates every Friday #1 in Historical Romance 05/25/21 #3 in Historical #2 in Proposal 11/29/20 #1 in Mature Themes 01/07/21 #2in Hatred #2 in Kingdom #2 in Forced Marriage 01/03/21 #1 in Royalty 02/14/2021 #18 in husband and wife #2 in arranged marriage 02/21/21 #5 in drama 05/17/21