Original by Ram de Night, Translated by James, Proofread by Dtim and Achamel

“Dare bother my girlfriend again and I’ll beat you to death!”

Liu Yi was standing at the bus stop, he began to recall of what that grade ‘hooligan’ boss’s footman said to him after school as he grabbed his collar and threatened him. As he thought of it, he started having the chills.

At the same time there was a fiery feeling of pain on his face. He really wanted to find a beauty and smash his face into her bosom.

Why is life so unfair?!

What’s wrong with me liking Ma Yixuan?! I rarely even manage to talk to her! Did you really need to threaten me and slap my face?!

Liu Yi touched his face. He looked at his thin and weak body and sighed.

Sigh! If only I had the physiques of Arnold Schwarzenegger. No hooligan boss would dare mess with me then.

Liu Yi then thought of Ma Yixuan’s beautiful face and her exquisite body and sighed.

Most of the girls in his grade ignore him. Even the internet girls paid no attention to him!

Diaosi! Am I doomed to be a diaosi all my life and live a lonely life?!

Oh dear Heaven! Please give me, Liu Yi, a girl!

Unfortunately the Heavens appeared not to answer Liu Yi’s call. Instead of a girl, a bus came whistling through. It nearly ran into Liu Yi, scaring him so much that he stepped back two steps hurriedly.

“Little rascal, are you trying to die?!”

As the bus door opens, what came forth was the bus driver shouting at Liu Yi.

And at this period of time, there were a lot of people taking public transportation. Before the bus was even able to pull up to the bus stop, a group of people had already swarmed the bus door, blocking it completely.

Liu Yi saw that the bus was currently packed full. However, because his stomach was rumbling with hunger, he could only join the others in cramming into the bus.

“Little rascal, stop trying to cram into the bus!”

An old granny bravely crammed herself into the bus as if she wasn’t a granny at all. Liu Yi was pushed against the side and stepped on someone’s foot.

Liu Yi stepped on a big baldy. That baldy immediately started cursing at him, scaring Liu Yi so much that he trembled in fear and immediately began trying to follow the stream of people up the bus.

Really! Why so fierce?! It’s just a bald head! My school’s guidance director had a sea-within-the-earth hairdo that looked even more fierce than you!

Liu Yi started having delusions again. He began to imagine the scene of him fighting valiantly against the big baldy, beating him till he begged for forgiveness on the ground, and finally kicking him out of the bus.

Tsk tsk, that’s what a man should do!

However, after he looked at his arm that had no meat at all and then looked at the baldy’s *-lump like muscles, Liu Yi finally decided to give up.

Nowadays, who would dare to cause trouble?

That baldy quickly walked next to a young woman.

Suddenly, his breathing sped up.

My gawd! Is this girl some sort of celebrity?!

At that split second, even Liu Yi’s eyes popped out.

This woman was glistering with beauty. Her lips were red, her teeth were white, and her figure was both seductive and voluptuous.

This kind of girl, her appearance should have been limited to only the television. How did she manage to come out to the reality?!

Even the prettiest girl in cl*, Murong Die, could not compare to her beauty.

Her long wavy hair reached all the way down her abundant buttocks.

Because of the fact that it’s summertime, she was wearing a white T-shirt. Her chest looked very plentiful. The clothes covering her chest were wide open. It was as if there was a pair of plump apples inside.

On the lower half of her body was a pair of booty short jeans wrapping around her abundant buttocks.

Although her buttocks were tightly wrapped by her jeans, her two slender legs were completely revealed, attracting the attention of all of the men on the bus.

This kind of beauty, it was something that Liu Yi could only fantasize in his dreams!

That baldy obviously also noticed the beauty. He squeezed his way through to her, his hand immediately swinging all over the place and, as if coincidence, landed on the beauty’s abundant buttocks.

The beauty immediately turned around. She wanted to move away however the amount of people surrounding them was too great. Crammed inside the bus, there was nowhere for her to run.

Her black pupils, without any better option, could only move to the people around her, requesting them for help.

Soon, her sight landed on Liu Yi who was closest to her. Liu Yi was immediately startled.

Those eyes, oh how helpless they are, oh how pitiful they are!

From her lips, it was as if she spat out those two words! 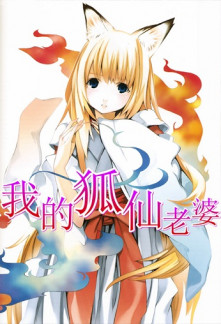