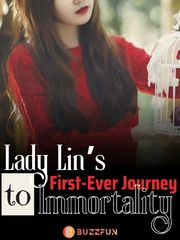 Lin Luoran is a 27-year-old girl from a rural family. She doesn’t have a college degree, let alone any money.