Xiao Chen sat on the roof of a house in the backyard of the Xiao Clan. It was a fine sunny day with a clear sky, but Xiao Chen’s mood was extremely bad, and he was feeling very depressed.

He swore that if he ever returned to Earth, he would never buy anything from Taobao anymore.

When he had purchased the Compendium of Cultivation for 250 RMB, the seller had also included an Immortal Pill that was said to be able to allow someone to ascend to the world of Immortals.

Xiao Chen was normally very interested in the legends and cultivation methods of immortals and had purchased it at the drop of a hat.

For three years, Xiao Chen had followed the cultivation methods written in the Compendium of Cultivation, but there had been no progress at all. Aside from remembering the methods of refining pills, making talismans, formations, and weapons refining, he was not able to make sense of the rest.

However, Xiao Chen did not give up, placing his hopes on the Immortal Pill, a dark-green pill that seemed strange beyond compare.

He once tried to use a steel hammer to smash it, which revealed a force field around it as the hammer got close. Regardless of how much weight he put into his swings, the force field wouldn’t budge.

This mysterious occurrence caused Xiao Chen to make a decision and finally eat this Immortal Pill.

Who could have expected that after he ate the Immortal Pill, albeit indeed ascending to a different world, it was not the Immortal World of legend but rather a place known as the Tianwu Continent.

He was muddleheaded for a long time before he realized that he had crossed over and possessed a person with the same name, Xiao Chen, as himself.

He would have been able to endure it if it were a regular ascension, but whom among the ascended did not end up being competent and arrogant, capable of singlehandedly defeating countless experts with their bare hands and sending crowds of beauties into screaming delirium with the wave of their hand?

The Tianwu continent was a realm where the strong were respected. However, the person whose body he possessed was absolute trash in the way of cultivation. He was already sixteen years old, yet he still had not condensed his Martial Spirit.

The Xiao Clan was the number one clan in Mohe City, and Xiao Chen was the son of the clan head. It may sound very prestigious, but because of his lack of talent in cultivation, even the servants in his clan looked down on him. Xiao Chen’s reputation of being trash was known by everyone in all of Mohe City, causing him to be despised by everyone, even when he went outside.

“Young Master Xiao, the first elder has asked for you to go to the martial hall to test your abilities. If you have nothing to do, then you should quickly go. I have already p*ed on the message, so whether you go or not is your problem.”

When he heard that voice, it promptly broke Xiao Chen’s train of thought. The person who spoke was a servant girl of the Xiao Clan. However, she did not even bother to look at Xiao Chen, who was sitting on the roof of the house. When she finished saying her piece, she casually ignored Xiao Chen and left.

The servants of the Xiao Clan were people who could cultivate. The aptitudes of the servant girl who spoke earlier were not high, but she had successfully condensed her Martial Spirit when she was twelve years old. She was stronger than Xiao Chen, the trash who could not condense a Martial Spirit, even when he was already sixteen years old. Furthermore, Xiao Chen would normally rely on his status and flirted with these servant girls, which had tarnished his reputation, so how could anyone possibly end up respecting him?

“Even a servant girl dares to despise him... what in the world did this Xiao Chen do?” After the servant girl had relayed her message, his mood worsened. He patted his butt clear of dust and then directly jumped off the roof.

What caused Xiao Chen’s mood to turn sour was not the attitude of the servant girl, but rather it was the message that the servant girl p*ed on to him. The Xiao Clan’s test of abilities that happened every three months!

Through the memories of this body, Xiao Chen knew that everyone in the Xiao Clan, regardless of young or old, would be required to undergo a test of abilities every three months.

It *essed their current cultivation status; those who improved would be rewarded, and those who were lazy and stagnated would be punished. The punishments could be either light or heavy, depending on the severity of the case. Most of the young disciples of the clan would be in a good mood on this day; those with outstanding talents in particular looked forward to this day so they could impress everyone and brag about their strength.

However, this day was a torment to Xiao Chen. Ever since he stagnated in his cultivation since the age of 8, he had been stuck at the 9th Grade of the realm of Spirit Refinement. He was not able to take the next step and condense a Martial Spirit, which would allow him to turn into a true cultivator.

For eight years, this event had turned into his nightmare every single time. Each time he was tested, he was still at the 9th Grade of the Realm of Spirit Refinement without a shred of improvement. As for the other disciples at his age, they had already reached the peak of Martial Disciple, and some of the stronger ones had even advanced into the Martial Master Realm.

When Xiao Chen arrived at the martial hall, the huge martial training grounds of a few hundred square meters was filled with people. If they were counted, there would be no less than 800 people, who were all disciples of the young generation in the Xiao Clan. They were no older than twenty, yet the weakest one had a cultivation at Martial Disciple Realm. Through this, the strength of Mohe City's number one clan, the Xiao Clan, could be clearly seen.

He simply just found a corner and stood there. He did not hold any extravagant hope that he could shine here, wanting nothing than to come and go, quietly and peacefully.

At this moment, there was an old man standing beside the Magic Sealing Stone that was used to measure one’s strength. This person was the Xian Clan’s First Elder, Xiao Qiang. He was a Peak Martial Grand Master, his strength in the Xiao Clan second only to the clan head, Xiao Xiong. Within Mohe City, he was considered an expert.

A youth seemingly eighteen or nineteen years old stood in front of the Magic Sealing Stone. He was preparing to undergo the test, but when he turned his head, he inadvertently noticed Xiao Chen in the corner.

The corner of the youth’s mouth curled up slightly, revealing a trace of a sneer. He called out in a peculiar tone, “So Brother Chen has arrived already; why are you standing so far away? Since you are here, how about I let Brother Chen take the test first?”

Xiao Chen smiled bitterly. There were some matters that were more likely to happen the more you avoided them. He already stood so far away, yet he was still seen by someone. The person who spoke was Xiao Jian, who was Xiao Chen’s elder brother that shared the same father but had a different mother. During every test, he would always make things difficult for Xiao Chen.

Xiao Chen started cultivating at the age of 4. Within a year, he could feel the Essence of Heaven and Earth, and within another year’s time, he achieved the 1st Grade of Spirit Refinement. In another three years, before he turned eight, he achieved the 9th Grade of Spirit Refinement. He appeared to have been at the cusp of consolidating his Martial Spirit. Back then, he was a rare talent that appeared only once in a hundred years in the Xiao Clan.

At that time, Xiao Jian was still hovering around the 5th Grade of Spirit Refinement. Everyone in the Xiao Clan paid attention to Xiao Chen, and the elders of the clan would lavish all sorts of praises on Xiao Chen. Xiao Jian became just like a puppet, forgotten by everyone.

Since then, he hated Xiao Chen. They were both Xiao Xiong’s sons, so why was it that Xiao Chen was loved by everyone and yet he was forgotten?

The surrounding Xiao Clan disciples appeared to be expecting a good spectacle. During every test of abilities, Xiao Jian would use many different methods to humiliate Xiao Chen; they were all used to it already. Furthermore, whenever they saw how the genius of the past had fallen into the state of being the trash he was at present, they felt an indescribable delight in their hearts. 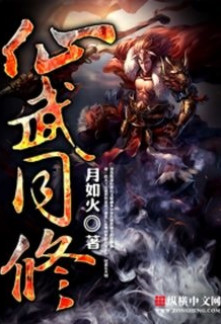