Just then a sharp pain pierced through his head.

Chu Yi yells out while trying to hold his head. He opens his eyes to see a stunning woman and a beautiful girl in front of him. The woman is the definition of a goddess. Although she looks extremely worn out, her brown hair and elegant poise could make any person have a hard time breathing. Looking at the middle age woman more seriously it's clear that she has had a rough life.

On the other hand the little girl is extremely beautiful, if she were on earth she would be cl*ified as 'a beauty that can destroy a nation'. From her black hair to her green eyes, everything about her screams miss world. observing her closely she looked to be no more than 15 years old.

The woman and the girl were crying while shaking him vigorously. Chu Yi thought,

'Am I not suppose to be a sick? Can you guys not shake me so hard?, I'm afraid I'll really die from this'.

Chu yi wouldnt have minded it any other day, but for now his body felt extremely weak. He couldn't take any more vigorous shakes.

"little Landon your all I have, if anything happened to you, I wouldnt know how to live anymore"

"Brother Landon please dont scare me like that, I thought you were dead...you have been resting for two days now"

Just then his belly made a sound

The woman poked her head outside the carriage window and said

"little Landon let me make something for you to eat"

"Brother Landon I'll help aunty so you can get you food fast..you just sit here and rest"

when Lucy and his mom left the carriage, he closed his eyes trying to digest the whole situation.

He was a successful 26 year old mechanical engineer on earth, he also knew some electrical engineering principles. He had just got a big raise at his job, and on his way back from work he had a car accident.

Now he is in the body of Landon Barn a 15 old illegitimate prince of Arcadina. His mother Kim Obley, was a maid in the palace. when his Brother, the third prince James Barn was born, the king had too much to drink from celebrating. On his way back to his room he spotted his mother Kim and forced himself on her. Later on the King found out that she was pregnant. He told her to stop working in the castle and gave her a small room at the back of the castle because he didnt want her to bring shame to him. The king already had three wives who would always bully his mother when they saw her. Whenever his father saw him or his mother, he would look at him with disgust, and at his mom as if labeling her a 'gold digger', as if forgetting that he was the one who forced himself on Kim.

As for Lucy, she is also the illegitimate daughter of Baron Gustav. four months after her mother died, the Baron denounced her as his daughter. It was then that Lanton's mother took her in as a personal maid for Landcome. Kim always heard of how Lucy would beg for food on the streets for hours. She took pity on Lucy and wanted her close by so no one would abuse her or hurt her. she loved Lucy like a daughter. Lucy moved In at age 10 to Landon's home and has always been with him ever since.

A month ago when Landon turned 15, his father publicly declared that he was the owner of the fief 'Baymard'. It was also announced that Baymard would no longer be considered part of the empire. it was public knowledge that Baymard was a baren land, where the people died from hunger and extreme cold. Although Baymard was the third largest city on the empire, people migrated out of the city due to hunger.

Baymard is situated at the outskirts of the empire. At the front of Baymard is the empire and at the back is the endless sea. The king basically exiled him and his mother far away from his sights. Also the fact that Baymard is no longer part of the empire means.. even if war breaks out there, the empire will not help the citizens.

'what a cunning old fool, now I am Landon Barn, no longer Chu Yi. what I need is to develop the place'

Chu yi thought. Just as Landon was about to get up he heard a voice

" I never thought those system stories on earth were true.." 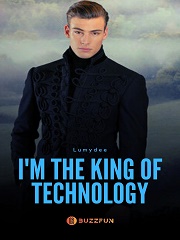