Zhang Ye felt that his life was wonderful.

Just a few days ago, he was invited to dinner by the Secretary General of the United Nations.

Yesterday, he was invited to be the male lead for the Hollywood, 3D science fiction blockbuster, “Railway Guerillas”.

As an excellent artist, Zhang Ye had mixed feelings. Did he have any regrets in life? No, his life was perfect. If he was to mention a flaw in his life, uh, it would probably be his bad habit of bragging that he had never managed to get rid of.

Whatever mentioned previously was just nonsense.

Zhang Ye was, in fact, just a fresh graduate. He was an extremely ordinary person in this world. His dream was to become a celebrity. Be it a host, a singer, or an author, he just wanted to become famous. His aim was pretty high. Not only did he want to be a star, he also wanted to become the world’s top superstar. This was his life goal. He had never given up on that thought. Tomorrow, he had an interview at a radio station. He still lacked confidence, unsure if he would succeed at it or not.

Maybe it was because he slept late last night, but tonight he had a dream where a few lines of words flashed across his mind.

[ Game is installed. You are the game’s only player. This is a game that will help the gamer realize his dreams. Have checked the gamer’s dreams and goals. Game setting completed. Game line ending completed–help gamer to become the greatest superstar in the world. ] 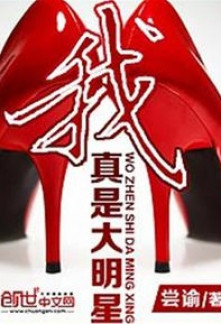