“Haha. You wish to take me as your master? Do you even know who I am in the first place?” Zi Changhe laughed, his purple hair whipping around. The wolf that he was mounted on also let out a howl, as if it were seconding Zi Changhe.

“I know that you are Martial Hall Palace’s heroic genius. With outstanding skill and peerless technique, you are the omnipotent nineteenth elder,” Xiang Shaoyun shamelessly flattered. Nineteenth elder, that seemed to be what the two guards had called him.

“Then what makes you think that I would take in a third-stage Basic Realm practitioner to be my disciple?” Zi Changhe asked as he developed a tiny sense of curiosity towards this unbridled bootlicker.

“If it was any other ordinary third-stage Basic Realm cultivator, they would naturally not be worthy of your attention. However, I, Xiang Shaoyun, am not any ordinary person! When I was born, auspicious clouds descended from the heavens, purple clouds filled the sky, tens of thousands of beasts roared, and hundreds of flowers bloomed—all at my birth!” Xiang Shaoyun bragged without restraint.

Before he had even finished speaking, black lines appeared on Zi Changhe’s forehead, and Zi Changhe cut him short. “Enough, stop bragging. If you truly are as impressive as you’ve mentioned, you wouldn’t have been stuck at the Basic Realm.”

“Sigh, nobody believes me when I speak the truth.” Xiang Shaoyun sighed to himself.

“Speak, where did you get this piece of high-grade spirit crystal?” Zi Changhe changed the subject.

Xiang Shaoyun momentarily hesitated before saying, “I picked it up from the river.”

“Since when was such a spiritual crystal so easy to find?” Zi Changhe said with a straight face. He did not trust Xiang Shaoyun’s words one bit.

Looking slightly gloomy, Xiang Shaoyun lowered his hands and said, “If you don’t believe me, then forget it.” Bowing his head, he said, “Since you seem to have no intention in taking me as your disciple, please return the spirit crystal to me.”

Seeing that this youth dared to ask Martial Hall Palace’s nineteenth elder to return the spirit crystal, the two guards silently thought to themselves, This brat truly does not know the immensity of heaven and earth, daring to ask for something that is already in the hands of the nineteenth elder!

The two guards knew that the nineteenth elder was renowned throughout Martial Hall Palace to the point that others called him the “Purple Lightning Marquis”.

With a surprised expression, Zi Changhe asked, “Brat, I thought that you were offering it to me?”

“That was on the precondition that you take me as your disciple,” Xiang Shaoyun unyieldingly said to Zi Changhe.

Zi Changhe’s expression slowly turned cold, showing traces of anger. As an expert in the Transformation Realm, most people were unable to withstand his pressuring gaze. However, Xiang Shaoyun stood there calmly and returned his gaze, as if he was completely unaffected.

“Even if you don’t want to take me as your personal disciple, at least give me a chance to enter Martial Hall Palace,” Xiang Shaoyun negotiated.

“Hoho, interesting. Fine, I shall grant your request,” Zi Changhe laughed. He found that the young man standing in front of him was slightly interesting and decided to give this young man a chance; that could be considered as the payment for the high-grade spirit crystal.

“Many thanks, master!” Xiang Shaoyun joyfully laughed, heaving a huge sigh of relief.

“Slow down, I’m not your master just yet. Wait until you p* the entrance exam into Martial Hall Palace. If you are unable to p* it, don’t blame me when I throw you out later,” Zi Changhe told him the ugly truth before everything began.

“You don’t have to worry about that at all,” Xiang Shaoyun confidently said as he beat his chest. Following that, he muttered softly to himself, “Just don’t go back on your promise to take me as your personal disciple.”

Although Xiang Shaoyun was whispering, Zi Changhe had heard every word with clear clarity. He unhappily said, “What a narcissistic brat. Okay! I, Zi Changhe, will see for myself if you are truly an amazing genius!”

After he finished speaking, Zi Changhe signalled to his wolf which then stood up. Like lifting a chicken, he lifted Xiang Shaoyun up with one arm before rushing through the main gate of Martial Hall Palace.

“Hey hey, how could you do this to me? You could’ve just let me mount your wolf to ride inside,” Xiang Shaoyun complained, dissatisfied.

“Brat, this great wolf is not something that you are qualified to ride,” the wolf said fluently.

“Wah, it’s a demonic beast that can speak!” Xiang Shaoyun shouted in amazement. Bending down, he then said, “However, it’s not like I’ve never ridden trash like you before. In fact, I’ve even mounted kings of demonic beasts before!”

“Tsk, I really want to swallow this brat in one bite,” the wolf angrily complained.

The wolf was a mighty demonic beast, yet he had been called trash by this young boy. What’s even more infuriating was that this brat was even bragging that he had ridden the kings of demonic beasts before; that was unforgivable.

Shooting a glance at Xiang Shaoyun, Zi Changhe had a complicated expression in his eyes as he thought to himself, Does this brat really have some amazing background?

The area occupied by Martial Hall Palace was extremely vast, as if it were a small village inside the town. Inside, there was a large open space—the outer disciples’ cultivation area. A little further inside, there were various large trees planted closely together, forming a small forest from which roars of demonic beasts would occasionally sound. Within the forest were also numerous old halls, some of which had mist coming out from them, carving out an extremely imposing image.

After they arrived at an open area, one would be able to see a stone tablet. There, Zi Changhe flung Xiang Shaoyun toward the stone tablet.

“Aiyoh, are you trying to kill this young master?” Xiang Shaoyun pitifully cried out. He shouted like he was a pig being slaughtered, creating a ruckus that attracted the attention of numerous outer disciples who were cultivating in the area, causing each and every one of them to turn in the direction of the commotion.

“It really is the nineteenth elder! Look at what he’s straddling, a giant demonic wolf! Such an amazing demonic beast!”

“The Purple Lightning Marquis is well known along with his trademark spear. Together, they’ve terrorized the demonic beasts of the Hundred Beast Mountain to the point where the beasts do not dare to come close to Wu Village. How I wish I could be as strong as him one day!”

“Wait, the scream came from that boy that the Purple Lightning Marquis brought right? Who is he?”

“They’re right in front of the Evaluation Stele, could it be that the nineteenth elder is taking in a disciple?”

The outer court disciples were all simultaneously talking about what was happening right in front of them.

“This is the Evaluation Stele. It can test not only your strength, but also the innate talent you have. Give it a shot,” Zi Changhe spoke as he crossed his arms, looking down at Xiang Shaoyun on the floor. He wanted to see just how heaven-defyingly amazing this boastful brat was.

“Okay, then I will allow master to broaden your horizons!” Xiang Shaoyun said full of confidence as he climbed up from the floor. He then closed his eyes, entering a state of tranquility. He stood there unmoving, as if it was the prelude to an expert about to unleash his signature move.

Close to a thousand disciples were holding their breath, eyes glued to the youth in front of them. They were all curious as to how amazing the Purple Lightning Marquis’s personal disciple was. After a period of time, Xiang Shaoyun opened his eyes, thrusting one of his fists into the Evaluation Stele.

The Evaluation Stele had a reaction to Xiang Shaoyun’s punch, rippling a greyish color, following which three thin lines barely condensed in front of everybody. The crowd was stunned.

“Am…am I going blind? He…he’s only in the third stage of the Basic Realm!”

“You’re not. I also saw only three lines, and they’re grey! He really is in the third stage of the Basic Realm!”

“Is…is he really the Purple Lightning Marquis’s personal disciple? I can beat him to a pulp with one hand.”

“Is there still justice in this world? Even this piece of trash can become the personal disciple of the nineteenth elder, unbelievable!”

“He’s not the illegitimate child of the nineteenth elder, is he?” 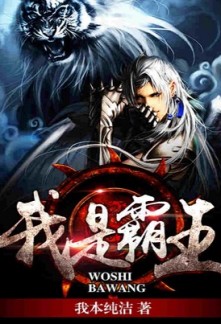 Chapter 2: Master, I Will Broaden Your Horizons!