Her body was burning with heat as strong as volcanic lava, and the only one who could save her, was the man before her……

She clung tightly to the cold marble-like skin, her survival instinct eventually making her give up all resistance……

Pain was accompanied by pleasure slowly rising bit by bit, like a firework display going off in her mind, making her feel like she was a lone boat in a sea of fire……

Rising, then sinking, it was hard for her to free herself——

The pressure on her shoulders caused Ning Xi to wake up abruptly; her disoriented gaze met with the concerned eyes of the nurse. In an instant, her guilty conscience made her face blush, she wished she could crawl into a hole in the ground as she avoided the nurse’s gaze in shame.

Damn, although it has already been such a long time after that one drunken night, that hot night she had with Su Yan kept appearing in her dreams from time to time.

Thanks to being drunk to the point of unconsciousness, she did not have much memory of that night, otherwise she would not know how to face Yan-gege.

The nurse saw that she had finally woken up, and p*ed the papers in her hands to her: “You forgot to take your pregnancy health results, Dr Zhang would like you to come again next week!”

Ning Xi received the report, smiled sweetly, and carefully placed the papers in her own purse.

Su Yan was still studying overseas, he was coming back tonight. Thinking of the meeting tonight, Ning Xi unconsciously tensed up.

Because the area Su Yan was at was too inaccessible, it was only until the child was more than 7 months old that she finally contacted him.

Thinking of the shock that Su Yan had when he found out she was pregnant, Ning Xi was a little nervous.

Was it because she was particularly sensitive due to the pregnancy? Ning Xi felt that Su Yan was not as happy as she was about this.

The doctor re*ured her saying that men were always like that with their first child, their mentality would take some time to change!

But…… it couldn’t be that, even regarding marriage, she would have to be the one to speak up?

The sun was burning brightly in the sky when she came out of the hospital.

Ning Xi struggled to support her waist, just as she was about to wave down a taxi, a dazzling red sports car rushed towards her.

Ning Xi’s heart thumped, and she retreated quite a few steps back.

Only to hear a screeching sound from the brakes, as the red sports car just brushed over the edge of her clothes, before stopping abruptly.

Ning Xi’s heart almost stopped; after slowly regaining her footing, she saw a woman, wearing a body-hugging red dress, toss her wavy hair as she stepped down from the car.

“Ning Xueluo, are you crazy?”

Ning Xueluo looked at her, laughing with deep meaning. With crossed arms, as if strutting on the catwalk, she swayed as she walked until she stood in front of Ning Xi. Using the advantage of her high heels, she arrogantly looked down on the big bellied Ning Xi: “What? Scared that I’ll kill the * in your stomach?”

Ning Xi subconsciously protected her abdomen, taking a step back, she looked at her warily: “Ning Xueluo! Don’t you go too far!”

Despite knowing that Ning Xueluo had always been at loggerheads with her, Ning Xi had not thought that she could speak such vicious words.

“Going too far? You’re the one who went too far! After getting drunk and doing it with some wild man and getting pregnant, then trying to make Su Yan become the father, tsk tsk…… Ning Xi, aren’t you so shameless!”

Ning Xi froze, “What nonsense are you saying?”

“Hey, don’t tell me you really believe that the man who slept with you that night, was Su Yan?” Ning Xueluo laughed before leaning back: “Saying that you grew up with Su Yan since you were kids with every other sentence, saying that you’re childhood sweethearts, and you don’t even know what his figure is like?”

Yes, the man from that night……

She had only thought…… Su Yan was fitter than she had imagined after growing up.

Now with Ning Xueluo’s malicious reminder, she then suddenly recalled that, other than the body, the man from that night was indeed very different from Su Yan……

-gege (哥哥) – An affectionate term from a girl, to an older guy she has a romantic interest in. She is very obviously trying to get close to a guy if she uses this in front of him. It could also be shortened to just ‘-ge’. The literal meaning is ‘older brother’. Think ‘oppa’ in Korean. The subtlety was hard to translate so I’ll be leaving in its original form. 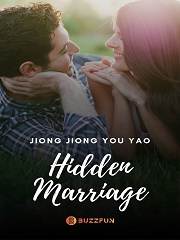