“Remember, you will have no place in this community as long as Zhong Yi is here. Xu Luosang, this is just a beginning.”

Luosang’s eyes closed tightly as she struggled painfully in her dream.

The crisp sound of shattering porcelain broke the silence of the night, making her suddenly open her eyes and wake up from her nightmare about something that had happened a year ago.

She now remembered that she came to this villa three days ago to be the carer of Young Master Nian.

About half a month ago, Young Master Nian went on a field trip during which a mountain road collapsed, and his car fell into a frozen river. Due to a lack of timely rescue, his spine was injured severely. He had many surgeries, but hadn’t recovered till this day. However, because of his bad temper, two carers had quitted, and Luosang was the third one.

“Luosang, get your * over here now!” A man’s cold and angry voice was heard from a large bed in the middle of the bedroom.

Luosang shuddered and hurriedly put on her large, black-rimmed gl*es, turned on the light, and then got off the bed and walked quickly to the bedroom.

Under the warm lamplight, Nian Junting was lying on the bed, eyes opened wide, shining like stars. The blanket only covered his legs and waist. He was wearing a pair of purplish blue silk pajamas, with the few buttons in the chest area left undone. His half-opened baggy pajama top was barely covering his muscular body, and his olive skin was so shiny that nobody would be able to take their eyes away from it.

Beside the bed, a purple clay cup was broken in two.

It was most likely the source of the noise that woke Luosang up just now.

“Don’t you wanna keep this job? Do you know how many times I have called your name?” Nian Junting glared at her with cold eyes.

She had been taking care of him for three days. He would wake up for five or six times each night, so she hadn’t slept for more than three hours a day. That was why she fell into a deep sleep tonight.

“Do you want some water?” she asked.

Luosang now knew what he wanted. Even though she was the one taking care of him in the past few nights, he asked Steward Wu to help him every time he wanted to go to the bathroom.

However, Steward Wu seemed to have not slept well for quite a few days either, and he had a lot of work to do. Luosang saw him during the day and saw that he looked very tired and coughed a lot.

Luosang hesitated for a few seconds then suggested, “Mr. Nian, how about I go and bring you the chamber pot?”

“Do I need to say this again? Go and call Steward Wu. I don’t want to use a chamber pot, I want to go to the bathroom.” Nian Junting stared at her coldly with an extremely impatient look in his face.

“Steward Wu doesn’t seem to feel well today. He’s got a cold,” said Luosang with a soft voice. “I can also take you to the bathroom.”

Before Nian Junting finished his sentence, Luosang pulled off his blanket, lifted him to her chest and then put him in the wheelchair. After that, she thoughtfully put a pillow behind his back.

He could scarcely believe it. He hadn’t recovered from the injuries, but he was still tall and muscular. Yet, this woman had actually…

He now realized that as a twenty-eight-year-old man, for the first time in his adult life, he had been lifted… by a woman.

His handsome face blushed scarlet with both shame and anger as he looked at her from head to toe doubtfully. She was only about five foot seven inches tall and looked slim and weak. Her chest looked flat in her loose fitting sleepwear, and she was wearing a pair of extremely unfashionable, black-rimmed gl*es.

He clenched his teeth and said with a dark face, “Who told you to lift me? Are you even a woman? You’re not a ladyboy from Thailand, are you?” 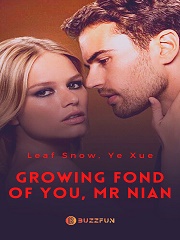