Chapter 1: The Small Restaurant in an Alleyway of the Imperial City

Within the bustling city, the streets were filled with people and the noise made by them could be heard everywhere. On both sides of the streets were towering buildings and there were plenty of restaurants and inns among them. The fragrant smell of the food cooked by the chefs was wafting through the air and lingered for a long period of time.

Among the restaurants, the number one restaurant in the imperial city, the Immortal Phoenix Restaurant, was even more crowded, and its business was booming.

Within the imperial city, the buildings were built in a neat and orderly fashion and alleyways were everywhere. If you were to follow the main road and walk past the Immortal Phoenix Restaurant, you would find a deep alley after walking for a few dozens of meters. Walking straight into the alleyway and turning left you would see a small and simple restaurant.

There was a big black dog lying in front of the restaurant with its tongue hanging out. Inside the restaurant, there was not even a single customer.

Suddenly, a young man walked out of the restaurant. He had a slim figure and fair skin. His long black hair, along with his fringe, was pulled back and tied into a ponytail with a thin and long wool rope. He gave off a feeling of neat and tidiness.

"Blacky, it's time to eat." The young man, Bu Fang, was holding a porcelain bowl as he walked out of the restaurant. He placed the bowl in front of the big black dog. The dog, who was formerly behaving lethargically, suddenly became energetic and started to devour the food in the bowl.

After rubbing the silky and clean fur of the dog, Bu Fang smiled and walked back into the restaurant.

Bu Fang, a twenty-year-old male, was an ordinary but ambitious chef from Earth. He suddenly woke up one day and found himself in another world, with the [Gourmet System] mysteriously appearing in his brain. The small restaurant was created by Bu Fang on the second day he arrived, with the help of the system.

Even though a month had p*ed since he created the restaurant, not a single customer showed up, and Bu Fang had grown used to it. All he had to do everyday was follow the instructions of the [Gourmet System], which was to practice his cooking skills and to make sure to feed the big black dog.

He had no idea where the big black dog came from, he only remembered that it appeared after a week the restaurant was built. The system reminded Bu Fang to periodically feed the dog with his practice ingredients. And so, every time the store opened, the dog would be waiting outside for Bu Fang to feed it.

Strictly speaking, the big black dog was the first customer of Bu Fang, even though it was a freeloader.

Once Bu Fang was back in the restaurant, he took a look at the empty place and sighed. Even though the restaurant was simple, it was neat and tidy. With an area of ten square meters and a few sets of tables and chairs, it was indeed a small restaurant.

As he looked at the three dishes on the menu, Bu Fang could only helplessly give another long sigh.

The menu was a piece of wood hung on a wall in the restaurant with only three dishes on it.

It was hard to imagine what kind of a restaurant would only have three dishes on its menu, and the prices listed... could only be described as ridiculous.

A portion of Stir-Fried Vegetables and Dry-Mixed Noodles were each priced at a hundred gold coins, while a bowl of Egg-Fried Rice was even more outrageous... it was actually priced at one crystal.

Crystals were something that only cultivators had. A single crystal could be bought for around a thousand gold coins, but it was the kind of stuff where there was no availability.

For a small restaurant, it was an unexpectedly ridiculous price.

Bu Fang did not believe at all that anyone would be foolish enough to order a dish that expensive. Even though he would agree that the dishes were indeed delicacies when he tried them, when he looked at the prices... Bu Fang thought it was impossible.

That was a mission that the system gave him a few days after he created the restaurant, and there were only three days left until the deadline. Bu Fang looked at the empty alleyway expressionlessly.

"It looks like my dream of becoming the God of Cooking will be destroyed before I can even take the first step." Bu Fang checked the time and sighed inwardly. He stood up, covered up the entrance with the door boards[1] and closed up the store.

The dishes could not be brought out without permission, and there was a strict regulation on the opening hours. Even though the restaurant was small, there were lots of rules and regulations. However, as the regulations were set by the system, Bu Fang had to obey them.

The restaurant was closed for the day. After locking up the restaurant, Bu Fang returned to the kitchen to practice his cooking. Actually, the so-called practice did not involve many technical aspects, it was just continuous cooking. Since the system would automatically refill the ingredients, Bu Fang only needed to cook.

In a corner of the kitchen, there was a humanoid robot. This robot was created by the system to reclaim any food that Bu Fang made during practice. Other than the food that Bu Fang and the big black dog ate, the rest of the practice food had to be placed into the robot's stomach area.

After Bu Fang started the fire, he began his daily cooking practice.

Even though Bu Fang was in a fantasy world, the kitchen created by the system was identical to modern kitchens from Earth.

All kinds of equipment were available: smokeless cooking pots, stainless steel knives, cutting boards, exhaust hood, microwave ovens, refrigerators... In fact, they were even more advanced than the ones on Earth. Bu Fang did not face any difficulties when using them, he even preferred cooking with them.

As the night descended, the two moons in the sky were in harmony and the moonlight was like a veil in the sky.

In front of the restaurant, the big black dog was lazing about in blissfulness after it finished its meal, accompanied by the chirping sound of insects as it guarded the store.

The next morning, Bu Fang drowsily woke up. After he washed up, the restaurant was opened for business.

The place was still deserted, and not a single soul could be seen. The big black dog was lying on the floor as usual.

Bu Fang was suddenly envious of the booming business of the Immortal Phoenix Restaurant that was outside of the alleyway. Their business was simply too extraordinary, there were so many customers that it seemed that the entrance would be demolished.

Bu Fang began to daydream about the day when his business was as successful as the Immortal Phoenix Restaurant.

"My host, as the gourmet who desires to stand at the very top of the food chain in the fantasy world, you should not be envious of other restaurants. Work hard for the sake of your bright future!"

The mechanical and serious voice of the system resounded in Bu Fang's head as a reminder. He was already used to it. During the past month, whenever he was envious of the Immortal Phoenix Restaurant, the system would automatically start encouraging him.

Judging from its response, it seemed that the system was quite anthropomorphic.

Bu Fang was sitting on a chair placed outside of the restaurant while enjoying the warm sunlight. He could not help but to slide downwards, so that he was curled up and lying on the chair in an extremely comfortable position.

There was still not a single person appearing in the alleyway.

"Another day without a single customer," Bu Fang thought out loud as he tilted his head and yawned.

The big black dog was lying on the floor, it glanced at Bu Fang before it went back to whatever it was doing.

Just when Bu Fang was about to fall asleep, a series of footsteps woke him up. He lazily opened his eyes and saw a handsome young man p*ing by. He was dressed in a tight outfit used for martial arts practice.

"Huh? There's actually someone stupid enough to set up a restaurant in an alleyway where almost no one would p* through?"

The young man was actually good looking, he had an oval shaped face, expressive large eyes and red lips. If it was not for his flat chest and protruding adam's apple, Bu Fang would have mistaken him for a girl in disguise.

It seemed to be a trope for girls in fantasy worlds to disguise themselves as males.

The beautiful young man seemed to have taken an interest in the restaurant that was opened in an alleyway where no one p*ed by. He actually started to walk towards the restaurant.

However, Bu Fang did not get up, he still remained seated. Even though the other party had entered the restaurant, he was still not a customer as long as he had not made an order. Bu Fang knew that in order for someone to become a customer, they would first need to accept the ridiculous prices of the dishes.

As expected, when the beautiful young man saw the prices on the menu, his originally large eyes became even larger, a piercing scream echoed throughout the silent alleyway.

"Oh my god! A dish of Stir-Fried Vegetables costs a hundred gold coins? And a dish of Egg-Fried Rice actually costs one crystal? Have you gone insane from your greed?"

[1] door boards (门板) - In ancient China, stores had wide entrances and they used wooden boards as doors instead of having a door. Every morning, the boards would be removed and placed aside. At the end of the day, they would be placed back onto the frames. 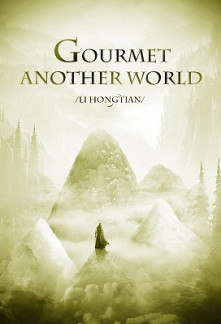 Chapter 1: The Small Restaurant in an Alleyway of the Imperial City