On a platform, hundreds of people were gathered, screaming and cheering. There were dozens of cars around the crowd. Most of them were super sports cars.

The most eye-catching spot was the two cars that were about to leave.

One was the most expensive bright red Ferrari 488, which cost more than four million, while the other was the cheapest Ford Mustang, which cost five hundred thousand. The two cars standing next to each other formed a stark contrast.

This was a showdown between the new young master of the Shang Jing, Liu Feng, and one of the first four young masters, Zhang Han.

Zhang Han leaned on his car. His clothes were slovenly, and his hair was long. When he lowered his head, his eyes were covered with his bangs. No one could see his closed eyes, and from the cut on the lower half of his face, they could still see the unique handsome appearance that Young Master Zhang had, but his temperament now had become depressed.

Liu Feng waved his hand, and led the way with a cold smile.

Walking up to it, Liu Feng saw that Zhang Han did not react, so he asked in a weird tone: “What’s wrong? Are you asleep? The previously insufferably arrogant Young Master Zhang is now in such dire straits. Tsk tsk, the competition is about to begin, why are you still pretending to be cold, my Young Master Zhang! ”

The moment he opened his mouth, the lackeys beside him who wanted to show off all chimed in:

“With his current appearance, I think he’s just a poor beggar!”

“No, I don’t think he’s even as good as someone who asks for food. He might be living off pig food.”

At the side of the Mustang stood a fat, bespectacled man with a little girl of three or four years old on his lap.

Other than her messy hair, everything else was perfect. It was just that at this time, the little girl’s clear and large eyes were filled with tears. Listening to the crowd berating Zhang Han, she almost cried tears of grievance.

If it was in normal times, the little girl’s cute look would have attracted many gazes. But now, it was time for Liu Feng to perform alone.

A burst of ridiculing and cursing finally got a reaction from Zhang Han.

The moment Zhang Han opened his eyes, there was a blank look on his face. Seeing the actions of the people in front of him, his eyes focused, which were filled with a look of contempt for the world.

“You ants dare to bark in front of me?”

Zhang Han suddenly burst out with such strange words.

The entire audience went silent for a moment, but the next moment, the mocking laughter filled the air.

“I’m afraid he didn’t turn into a fool.”

Everyone started to mock him again, but when Zhang Han saw the scene in front of him clearly, he was stunned.

“Isn’t this when I was racing against Liu Feng in the Mount Lang Xing in 2009?”

“Aren’t I undergoing the heavenly tribulation?”

“I was reborn by the divine thunder over the sky of the heavenly tribulation?”

Zhang Han’s eyes flashed with a trace of shock.

In Zhang Han’s memories, five years ago, the Zhang Family was one of the eight great families of the Shang Jing. Zhang Han’s father was the patriarch at the time, so Zhang Han was not afraid of the heavens or the earth. However, when his family traveled by plane, they suffered an air crash halfway. His parents and sister were died. The second uncle Zhang Ming was appointed as the owner, but he did not stop Zhang family from falling.

Zhang Han had received a huge blow and thought that his family was being murdered, so he started to investigate Zhang Ming, who always hated his father, but after being discovered, coupled with the fact that Zhang Han had offended many people before, he was kicked out of Zhang family.

It had already been five years and Zhang Han was unwilling to leave, so he wanted to investigate this matter thoroughly. His days were tough, but he persisted to the point, until the incident in Mount Lang Xing.

He remembered that back then when he was driving in the Mount Lang Xing, he had sustained heavy injuries and lost both arms. He had panted for five years before jumping off a cliff, but he didn’t expect to enter the cultivation world by accident.

Relying on this ability, Zhang Han forcibly piled up his cultivation using various kinds of treasures in the span of five hundred years.

But who would have thought that when transcending the heavenly tribulation, he would be too weak to withstand a single blow due to his unstable foundation.

“Why not five years ago?”

Before his relatives left, he, as a young man, was too young and too insolent. He had caused his father a lot of trouble, and he even said a lot of things that would make his mother sad.

Although Zhang Han had been rebellious back then, the love he had for his parents was not inferior to others.

Even if it was during the next five hundred years of cultivation, Zhang Han would always think of one sentence:

The tree wants peace but the wind does not stop, the child wants to raise but parents are not alive.

“Oh, so powerful?” Zhang Han asked in shock and rejected. “Then I won’t compete.”

Liu Feng was immediately startled, and the muscles on his face trembled. He felt as if a fist had just struck air, and the thief felt uncomfortable.

“Zhang Han! I’m putting a little bonus on you for this contest. ” Liu Feng shook the Ferrari key in his hand, and said: “As long as you win, this car is yours.”

“Then I will find it hard to refuse.” Zhang Han said with a beaming smile.

Liu Feng sneered, he raised his hand and ordered everyone present: “Set up the screen!”

Liu Feng secretly nodded to the Fatty man who was sitting behind the wild horse and sat on the Ferrari.

However, just as Zhang Han was about to enter the Ford Mustang, a timid and childish voice came from behind:

Zhang Han was startled, he turned his head and saw the little princess standing beside the fatty’s feet.

“Why would such a cute girl casually call someone ‘dad’?”

“Elder brother Han, you will definitely win!” The fatty clenched his fists towards Zhang Han, showing an encouraging expression.

“With your blessings, your car will bring me luck.” Zhang Han looked at him indifferently, then sat in the wild horse carriage.

A tall beauty wearing a bikini walked to the front of the two cars with two small flags in her hands and raised them high.

The engines of the two cars roared angrily at the same time.

Inside the Ferrari, Liu Feng’s mouth formed a proud smile.

The fatty behind revealed a meaningful smile.

At his feet, the adorable princess’s eyes were filled with fear and worry. Tears welled up in her eyes.

And Zhang Han who was inside the wild horse carriage had a cold smile hanging on the corner of his mouth.

“You’re colluding to harm me?”

“Unfortunately, I am no longer the one of the past.”

“Even if I don’t have any cultivation right now, how can you ants provoke me?” 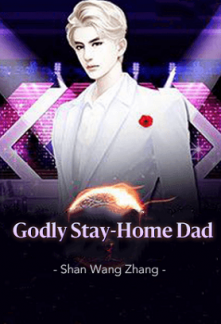