Yun Hua is a university in the city of Lei Jiang, a junior college belonging to the 2nd tier in the country.

In a room in the boys’ dormitory at the University of Yun Hua, Yue Zhong is taking a look at his clothing in the mirror to finish dressing.

Yue Zhong, while finish dressing, quietly thought: “What kind of trouble will that little mischievous devil give me today?”

Today is Sunday; in the room, there are 6 metal frame beds but only Yue Zhong was there. The other roommates were out having fun for the weekend. Yue Zhong was preparing to go out to work as a tutor, to earn his living expenses.

“You mortals that look like ants, I am God! I hate to look at you weak humans living a quiet and peaceful life. From now on, I will put you all into the God and Demon System. Struggle! Struggle hard, become stronger, and use it to please me. Only continuously becoming stronger will you be able to survive. Otherwise, you will die! Now, the countdown begins! 5…”

A strange sound suddenly appeared in Yue Zhong’s mind; as the sound appeared, his eyes froze, he felt as if time froze. The entire surroundings also became extremely slow, as if time had stopped. In his mind, he only hear the sound.

“1…The game officially begins, all of you ants, struggle to survive!

Following the end of the sound, Yue Zhong was liberated from his bizarre state.

On the inside, Yue Zhong was filled with astonishment, and he stared at the meter long stick in his hand, which appeared out of nowhere. It made him realize what he had just heard was not a hallucination.

Yue Zhong’s mind was amazed. Strange info like this flowed directly into his head.

Looking at the stick in his hand, a sense of foreboding welled up in Yue Zhong’s mind, so he rushed towards the dormitory door to lock it up.

He then quickly opened a roommate’s closet and took out binoculars.

The opposite dorm facing Yue Zhong’s was the girl’s dorm, so quite a few of the boys in the dorms bought binoculars to peek at the girls.

Yue Zhong, with one hand holding the staff, walked towards the window, looking outside.

Right now it is about two or three o’clock in the afternoon, so the students that did not go out were sleeping in the dorm, very few people were out.

A shrill scream rang out in the street, Yue Zhong looked towards the direction of the scream, and saw a scene of horror.

He saw a girl wearing a white t-shirt surrounded by 8 other girls, the 8 girls were crazily biting and gnawing the white t-shirt girl. Fresh blood stained her clothes. The girl was constantly struggling and screaming, but there was no way to escape.

“Why is this happening?”

Seeing the horribly frightening scene in the distance, the inside of Yue Zhong felt like a storm. He immediately put on the binoculars to look over there.

Through the binoculars, Yue Zhong can clearly see the situation.

The 8 girls were attackind the white t-shirt girl, their eyes without spirit. They were like mad beasts biting at her body, constantly tearing chunks of fresh meat and swallowing it.

The scence was so gruesome, it made Yue Zhong feel nauseous and overwhelmed with fear.

Though in his heart he was afraid, he tried to calmly observe.

The 8 girls were still biting the white t-shirt girl tattered body. her body was full of flesh wounds, with many missing chunks. After they finished, they stopped biting, and spread out, wandering aimlessly. Their walking speed was somewhat slow, much less than the average person, but they moved in groups; if you were surrounded, there would be basically no possibility for survival.

Yue Zhong looked at the slow girls while thinking, “Is this Resident Evil?” his eyes turned white. With mouths still covered with human blood, they looked so terrifying. He suddenly had a thought.

These girls were acting just like the zombies in Resident Evil!

Yue Zhong’s conjecture was soon verified; the white t-shirt girl, who had lost her vitality and was bitten beyond recognition, slowly picked herself up off the floor. With both of her eyes deathly white, she staggered aimlessly around the street.

Yue Zhong was cold inside. If it was really like he thought, with the entire campus full of zombies, it would be hard for him to survive.

Suddenly, the sound of loud knocking came at the door.

Yue Zhong, who was shaking on the inside, immediately pushed a wooden computer desk towards the door to block the door.

Accompanied by a clicking sound, the thin wooden door shattered; 2 claws pierce through the door.

Yue Zhong, who was scared, backed away.

Yun Hua University dorm room doors were flimsy and wooden, but for ordinary people, to pierce through the door without the help of any tool, was not possible. The zombies’ powers were far beyond Yue Zhong’s imagination.

The two claws which pierced through the door were insistently shaking, and at the same time there was the sound of the door being pushed.

Yue Zhong, eyes flashing, while gritting his teeth and overcoming his fears, walked towards the door. He used his novice staff to chop at the two limbs.

Yue Zhong attacked more than 10 times before he was able to cut off the end of the zombie’s claws; the it’s two arms were then withdrawn.

The moment that the zombie arms were cut off, it was accompanied by a loud noise. The thin wooden door was then smashed through by a head, a head with a big hole and white eyes. A short haired zombie that was a student had stuck his head in, constantly struggling toward Yue Zhong.

Yue Zhong recognized at a glance that the zombie in front of him was a member of the school soccer team; he was a cl*mate that lived next door to him. “Xu Zheng,” they were acquaintances, and just twenty minutes ago, they were chatting. He didn’t expect that twenty minutes later, Xu Zheng would become a zombie.

Looking at the struggling zombie, Yue Zhong’s eyes flashed with a complex light, he grit his teeth and while holding the novice staff above his head, he smashed down on it with all his strength.

Under Yue Zhong’s full blow, Xu Zheng’s zombie head was cut and twisted, tilting to the side.

Almost at the same time, a little black book and a black coin came out of Xu Zheng’s body and fell within the vicinity of Yue Zhong’s reach. A white light that was invisible to human eyes flew out from Xu Zheng and into his own.

Yue Zhong, sharp-eyed, came forward to that little black book and black coin and picked them up. Then he took a few steps back.

When Yue Zhong took the little black book, a strange sense of information quickly flowed into his mind. He immediately made the choice: “Learn immediately.”

“Before reaching level 30, you can only learn 3 active skills. Are you sure you want to learn the skill ‘Summon a Special Skeleton?’”

Yue Zhong selected the option without hesitation. Currently he was only worried about being able to survive. In order to progress into the future, he could not worry about using up the skill slots. Right now just gaining any bit of strength was good.

Those zombies have great strength. Being able to destroy the wooden door, he felt that hiding inside the dormitory was not safe. Yue Zhong must obtain the strength to live. He will worry about other stuff later.

Right at this moment, the “Level 3 Skill Book: Summon A Special Skeleton” quickly disappeared into a black light and flowed into him between his eyebrows.

Yue Zhong immediately considered his knowledge. in his mind, he touched a strange rune, and soon a sound prompted in his head:

“Summon a Special Skeleton? You need to consume 10 MP.”

“Yes!” He immediately made up his mind and activated the skill “Summon a Special Skeleton.”

The next moment, a bunch of mysterious incantations suddenly blurted out from his mouth. Emptiness. A giant cave appeared out of nowhere. The cave’s atmosphere exudes endless death, with it’s scent in the air.

Meanwhile Yue Zhong felt a slight pain in his head, as a mysterious force p*ed through, his head felt a bit dizzy.

Then a skeleton left with only bones slowly walked out from the cave. It was surrounded with a black mist, with two eyes flashing with magical flames.

A strange human-like skeleton came out from the world of the death. Yue Zhong had a feeling of connection with it.

The skeleton looked at Yue Zhong, immediately went to the zombie killed by Yue Zhong. using it arms, it stabbed into Xu Zheng’s zombie body. 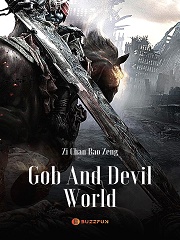