How big could the Fire Plume Chicken be? It could feed a family of three for two meals if eaten sparingly.

As such, Fang Zhengzhi’s meal was extremely filling, and his tummy was full from it. He kept burping as he wiped off the oil from the corners of his mouth.

He found a rock and rested there. He then cremated the rest of the bones, then surveyed his surroundings with his large black eyes. After ensuring that he wasn’t being followed, he hummed a tune as he strolled towards the city like an adult.

"The mountain road here winds endlessly, and the rivers... ay?" The moment they reached the entrance to the village, they heard conversations breaking out sporadically.

"My god, the people from the Divine Monkey Palace have come to the Southern Mountain Village!"

"God is looking over us! This is something that has never happened before, is the Southern Mountain Village about to produce a prodigy with great morality and sense of justice?

People wondered if they had any links to the Monkey God in Journey to The West.

Fang Zhengzhi ignored the intense chatter about him. He raised his hand to wipe away the grease on his mouth and walked in the direction of his home...

The Southern Mountain Village got its name because it was just south of Cang Ling Mountain. It was a palm sized area, with only about a hundred families. In the grand scheme of things, it was a speck of dust on a vast beach.

The entrance to the courtyard had a pile of firewood that the owner had harvested from the forest. Fang Zhengzhi occasionally had the thought that a spark would be able to send the courtyard ‘into the skies’.

Fang Zhengzhi continued to hum and he quickly went around the gate of the courtyard. He turned to one of the side paths, walked about 10m and saw a green ceramic roofed building built from rock and sand.

This was Fang Zhengzhi’s home in this world.

"Village elder, is it okay if we settle on this namelist for the imperial exam?

"No that is not possible, village elder!"

The moment Fang Zhengzhi pushed open the wooden door, he heard the voices of two ladies.

Fang Zhengzhi was very familiar with these two voices. He could easily tell that the first voice was coming from the lady owner of the courtyard beside them. She was about 25-26 years old, slightly plump and loved to wear a red scarf.

As neighbours, he was extremely familiar with the layout of her house. In order to improve the ‘friendship’ between neighbours, he had just gone over this morning.

The second voice was from Fang Zhengzhi’s mum in this world, "Qin Xuelian". She had great figure, and she lived up to her name, looking like the snow lotus from heaven. [1]

It was pure coincidence.

It was said that his dad had ‘accidentally’ seen his mother naked. Then, being an ’honest man’, he began to tell everyone that he had already seen everything there was to see about Qin Xuelian. Since that was the case, wouldn’t it be unfair to her future husband? He would have to live with such a guilty conscience, Yunyun...

He had perpetrated the story for a full three years. Every village within a ten mile radius knew about this. As a result, his mother needed to reconsider the impact to her reputation.

Even though Fang Zhengzhi felt that his father’s ‘honesty’ was extremely shameless, he had to give props to his dad for being so persistent and spreading the story for three years.

"Determined, he was very determined!"

Qin Xuelian’s looks were transcendent, her figure was slender, however, her clothes were clearly worn. The only new piece of fabric was the patch on her shorts.

"Mum!" Fan Zhengzhi shouted in the voice of a child when he entered the room. He didn’t like such a high pitched, childlike voice, but he was a child now.

If he had the gruff voice of a thirty year old man, he believed even the gods would be shocked.

"Ah darling, you’re back, are you thirsty, have some water..." Upon hearing Fang Zhengzhi’s voice, Qin Xuelian set everything aside and brought him a cup of water.

Fang Zhengzhi did not push it away either. Having eaten the Fire Plume Chicken, he was extremely thirsty and he gulped down the water.

After putting down the cup and burping did Fang Zhengzhi realize that there was a guest in the house.

This was an aged man with a long white beard and a long cigarette in his hand.

Fang Zhengzhi recognized him as the village elder of the Southern Mountain Village!

He was the leader of this utopia. He was the king here.

The best example of his power was that all the game that the villagers brought back was to be rationed out by him.

"Ms Fang, I still have to go and visit the other families, let’s just settle with what Mrs Li has said! This time, when the Divine Constabulary comes to our village, we must settle their food, drinks, and accommodation. Mrs Li has also agreed to donate four ‘Fire Plume Chickens’, and provided us a huge stone house, thus, her child must be given priority on the list."

The village elder raised his huge hand and thumped his chest, then he put the cigarette in his mouth, took a deep puff and blew out a huge ring of smoke.

"Isn’t it just a Fire Plume Chicken? I can just go and borrow one now?" Qin Xuelian adjusted Fang Zhengzhi’s collar and and her clothes as she prepared to go out.

Fang Zhengzhi was curious, his mother had a huge ego, and would never ask for help from the neighbors unless it was absolutely necessary, why was she being so insistent? Now she wants to go out to borrow Fire Plume Chickens?

"Ms Xuelian wants to go borrowing Fire Plume Chickens? Hahaha, did I hear that correctly? There are only so few Fire Plume Chickens in the village. Now that the Divine Constabulary is coming to town, everyone is offering them up, where can you find any to borrow?"

Just as Fang Zhengzhi was feeling confused, the plump Mrs Li’s mouth twitched and laughed. She laughed so hard so that the fats on her body began to tremble.

"This..." Qin Xuelian stopped in her tracks and frowned.

"Sister Xuelian, listen to me, the Southern Mountain Village has over a hundred families, and not every family can participate in the exam. The village elder’s arrangement is also for the good of the village. Think about it, the Divine Constabulary’s examination is to test the power of the village. If we don’t produce good results, we may not even be able to set up our own ‘school’ here!" Mrs Li advised once again.

When he thought about the exam that was mentioned when he entered the room, Fang Zhengzhi’s eyes lit up as he finally understood.

The Divine Constabulary was here to hold an exam and selection. Since not everyone in the village could participate, the village elder was the key person to butter up to.

Since the village elder was the key person, what was Mrs Li doing in our home? It would seem that she wasn’t too *ured, and the only plausible explanation there was they were co conspirators!

They ganged up together to bully my mum? That was intolerable, Fang Zhengzhi did not like bullies, and he was the type to fight back if shoved!

"Mrs Li, you can say that my family is unable to give any Fire Plume Chickens, but how can you say that my son cannot produce good results?" Qin Xuelian was okay with admitting that she was poor, but she would not accept anyone telling her that her son couldn’t make it."

"Okay, stop arguing, this matter is settled! The Li family has contributed significantly to the village over the past few years. They have given up more of their game and it is only right that one of the slots for the exam be reserved for the Li Family. As for the preliminary examination... even though Zhengzhi is also of age, he is still slightly younger, and the Li’s kid is a month older, let’s give it to the Lis." The village elder kept the cigarette and walked outside.

How much difference would a month make?

Any discerning person could tell that the village elder was biased.

Fang Zhengzhi’s eyes glimmered as a thought flashed past his mind, then, he ‘innocently’ voiced his opinion.

"Mom, since the village elder and Mrs Li have said that we must produce results at the imperial exams, why don’t we have an internal selection test first?"

[2] Mt Tianshan is also known as heaven, or snow mountain, in the Xin Jiang region. 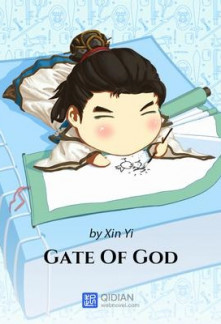