The rain hadn’t stopped pouring for 24 hours. When the originally hot and stuffy summer was complemented with the moisture, it made it rather hard for anyone to breathe in this environment.

In this humid heat, an outgoing but frail-looking youth was holding an old-fashioned AI mobile phone. He was fiddling with it for a long time before the phone finally let out its distinctive startup sound.

Lin Yuan sighed in relief when he found out that his mobile phone wasn’t faulty. He wouldn’t be able to afford a new one.

After switching it on, Lin Yuan logged into the fey website that he frequented. He discovered that his account actually had 99+ notifications when he had merely replied to one question.

When he had been unable to sleep that night, Lin Yuan had stumbled upon a forum post where someone asked for a solution after getting bitten by a Ghost Shadow Bristled Spider. He had answered it in a casual manner.

“Do not panic when bitten by the Ghost Shadow Bristled Spider. Drink hot water with Woad Root, then clean the wound. To prevent your corpse from smelling bad, find a shady and ventilated place under a tree, and lie down. If your finances are enough, it is best to lay down a bamboo mat under your body.”

While looking through all sorts of fancy replies, Lin Yuan heard a delicate sound. Suddenly, an ash-black cat pounced on his legs, which was followed by the sounds of flapping wings.

A sparrow-like bird that was entirely cyan landed on Lin Yuan’s shoulders and let out two chirps.

He quickly put down his mobile phone and asked the ash-black cat that was clinging to his legs, “Genius, what is the temperature of the store now?”

The cat leaped off from Lin Yuan’s legs before replying with a coquettish and sweet voice, “The room temperature is 34°C. Yuan, it is time for you to ventilate it and dissipate the heat.”

In response, Lin Yuan carried the ash-black cat in a practiced motion before running downstairs, with the cyan bird that had been chirping still on his shoulder.

As dawn broke across the sky, Lin Yuan opened up the windows in an efficient manner before he carefully walked in front of the flower racks.

Lin Yuan immediately stopped in his tracks and went to pour some water instead. At the same time, the cyan bird brought over the medicine tablet with its beak.

Lin Yuan received the tablet from the bird and threw the tablet into his mouth before gulping it down with a cup of water.

The cyan bird then started a song involuntarily, but Lin Yuan swiftly covered its beak.

“Chimey, if you sing now, Auntie Zhang from next door will come over again!”

The talking cat, which was previously on Lin Yuan’s legs, and the bird on his shoulder, which could sing, seemed mystical. However, a century after the Spirit Qi Awakening, the ash-black cat and cyan bird were now common existences. Almost everyone had one of them.

The cat was called “Genius”, and it was a Hundred Questions Beast. It was a walking encyclopedia and could even fill in the role of a simple lifestyle butler. It was considered a housekeeping beast. However, it was different from other Hundred Questions Beasts on the market, as this ash-black cat was much skinnier and smaller. It truly looked like it was undernourished.

This cat may have been birthed by a mother Hundred Questions Beast, but because its fur didn’t have an even distribution of black, it looked as though it was *, and consequently, its owner couldn’t sell it for a long time.

The boss that was selling spirit pets had simply given a 50% discount on the price and let Lin Yuan have it.

As for this cyan and sparrow-like Sound Bird on Lin Yuan’s shoulder, it was a Sound Bird that had failed to evolve into a Songstress Bird.

When the boss had seen Lin Yuan hesitating to buy the Hundred Questions Beast, he had added this Sound Bird as a gift to Lin Yuan.

After receiving Lin Yuan’s training for over two years, the Sound Bird was able to sing one song now.

Chimey was the name of this little Sound Bird. When it had first arrived in this home, it had always been disheartened and drooping its head. All living things had a spirit and could naturally feel everything in their vicinity. Therefore, Lin Yuan would always praise Chimey to slowly build its confidence. As a result, Chimey had been especially lively after learning one song.

An undernourished and abandoned Hundred Questions Beast, a Sound Bird that had been treated like trash after failing to evolve, and a frail youth. No matter what, the trio looked like a rather “weak” combination. However, they were managing the fey store left behind by his parents in an orderly manner.

After consuming the medicine, Lin Yuan walked to the flower racks and carefully took down the black cloth that covered them.

Five succulent lotus flower-like plants were growing in the pots. They had an emerald green color and a faint fragrance that was almost undetectable.

When Lin Yuan took a closer look at these five stalks of Jasmine Lilies, he couldn’t help but sigh after seeing one of the stalks. One of the Jasmine Lilies’ leaves had turned soft.

When is this scorching weather going to end?

The Jasmine Lilies were a cl* of common healing-type fey plants.

A century after the Spirit Qi Awakening, all living things in the world were influenced by the Spirit Qi and had different evolution variations.

The Jasmine Lily had been a type of succulent plant before the Spirit Qi Awakening, and it was one of those plants that had evolved.

If its owner accidentally cut their finger when chopping ingredients, they simply had to put a Jasmine Lily at the bedside, and by the next day, the cut on the finger would be completely healed.

Of course, there were also spirit qi professionals that chose the Jasmine Lily as a contract fey. However, the Jasmine Lily was a fey of the lowest grade, and it was extremely difficult to evolve.

These five pots of Jasmine Lilies in Lin Yuan’s store were all normal-grade. If they could p* elite-grade and reach the doorsteps of bronze-grade, then the Jasmine Lilies would be comparable with other excellent healing-type fey plants.

The rise of a low-grade fey was just like an insignificant person climbing to the clouds step by step from the earth. They were unlike high-grade feys that were born at the pinnacle.

High-grade feys could also evolve, and it was relatively easier as compared to low-grade feys.

In this century, after the Spirit Qi Awakening, there had never been a case of a Hundred Questions Beast or a Songstress Bird evolving.

Lin Yuan carefully tended to the five pots of Jasmine Lilies by burying nutritional minerals into their soil. It might not be much of a labor, but Lin Yuan was already panting slightly.

Lin Yuan’s store might be called a store, but it only contained two types of fey plants: five pots of Jasmine Lilies and over a dozen pots of Usnea. These Usneas couldn’t even be considered Normal1 feys. They were only considered a variant of the original Usneas before the Spirit Qi Awakening.

Apart from the mild toxins, its vines now grew faster, and these vines also had increased nutrition within them. This was also why the Usnea was the best fodder for low-grade herbivorous or omnivorous fey pets.

Each day, these pots of Usneas would give around 100 one-meter-long vines for Lin Yuan.

“To maintain my daily life, I still have to rely on these Usneas. If I can sell one pot of these Jasmine Lilies, it will be considered a pleasant surprise.”

However, even as Lin Yuan looked at the Usneas like an elderly mother, he didn’t have any intention to tend to them. He basically put in all his efforts on the five pots of Jasmine Lilies.

After Lin Yuan cleaned up the dust, this little fey store started its operations as usual after the morning rain. 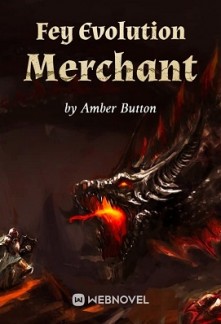