Feng Yu felt this voice was a little unfamiliar, but yet, felt very affectionate. He mumbled a reply and opened his eyes. He saw a young face which only exists in his memory.

“You are awake now. Hurry up and wash your face. I had told you not to drink, yet you still insisted. You had missed the Spring Festival Night show.” Feng Danying said with a smile.

Feng Yu, feeling confused, looked around. An old room, less than six square meters, a single bed, patched bedding, an old wooden table, above was a 20-watt incandescent bulb emitting dim lights, old newspapers covering the walls, all of which were national events that he can’t remember.

Isn’t this the old farmhouse from his childhood days? But this house had long been demolished with the development of the towns, and how did my sister become so young?

Feng Yu raised his hand, only to find that this was definitely not a joke because his hands had become smaller and his arms grew thinner.

He hurriedly jumped out of bed and stand by the door frame. The door frame had knife markings recording his height which he made every year on Lunar New Year eve. The highest marking indicates 1988, 166 cm.

This was 1988? He had yet to graduate from junior high school?

He pinched himself and almost cried out due to the pain. This was not a dream?

“You are up? Do you still dare to drink in future?” Zhang Muhua looks at his son affectionately.

“Mom, you had worked hard.”

“What are you talking about. Hurry up and wash your face and go watch TV. The dumplings will be ready soon.” Zhang Muhua, after hearing what Feng Yu said, was very pleased. This showed that her son had grown up.

When Feng Yu saw his father sitting on the bench in the living room, his lips trembled. In the future years, when he could make money, his father was detected with end-stage brain cancer and p*ed away within three months.

Due to his father’s p*ing, Feng Yu was upset for some years.

Feng Xingtai turned and looked at his son: “Oh, you are up. Still feeling giddy? Come… watch TV. It’s the traditional folk dance.”

“Not giddy anymore. The buzz of the alcohol had p*ed. Dad, I want to drink with you later.” Seeing his father’s angry expression, Feng Yu quickly explained: “Beer will do.”

“Still had not learned your lesson? Fine. Then drink more. See if you are able to wake up tomorrow for New Year’s Day visiting! Danying, go and get two bottles of beer.”

Feng Danying shook her head helplessly and went to get the beer and gl*es.

There was also a single bed in the living room with bedding. Feng Danying attended boarding school and only came back during holidays. When she's back, she will sleep with her mother. This bed was for Feng Xingtai. But three years ago, it belongs to Feng Yu.

In the west wall of the living room, was a three-door vertical wardrobe and above the closet were two luggage. On a solid wooden table, stood a 14-inch black-and-white TV set, which was showing the Spring Festival Night TV program.

In the middle of the living room, stood a round folding table, filled with dishes and tableware. A total of eight dishes, but all were the leftovers from dinner. There was chicken, fish, pork trotters, etc. A total of eight meat dishes.

Feng Yu did not watch TV but went to the front of the wardrobe and looked at himself in the mirror. Although the lighting is not very good, Feng Yu is able to see himself clearly. He was now a teenager with a little stubbed beneath his nose.

He can now be sure that he was reborn!

The mother quickly cooked dumplings, Feng Yu and Feng Danying, went to the kitchen to help bring out the dumplings. After everyone was seated, Feng Xingtai picked up chopsticks.

Feng Xingtai also put in a few words for him. Zhang Muhua shook her head. Feng Yu diligently poured beer for his mother and sister. One family must have a drink together.

Feng Yu casually ate the leftovers on the table, which he felt very delicious. During this time, there were no growth hormones unlike in the future. All fishes and rabbits were caught from the wild. Chicken and pigs were reared by themselves. The father and son ate these dishes and the dumplings. Feng Xingtai only allowed each one to have only one beer.

After dinner, Feng Yu washed up and back to his room to lie down. When lying in bed, he was tossing and turning. He thought back on his previous life before traveling back in time.

Feng Yu Ben was a middle-aged man in his forties. After resigning from the securities company, he did some investments and invested in Stock, futures, gold, crude oil. Although he was not too successful, his income was still not bad.

He had a wife but no children. As his father had p*ed away early, his mother lived with him.

He remembered that it was the spring of 2015. To bring his wife abroad to treat infertility, he desperately needed to make some money.

He used all his savings, mortgaged his house and car, and borrowed a considerable sum of money to invest in the stock market. According to his *ysis, it was a bull market, and even fools can make money.

In the beginning, the market was excellent. He's investment doubled in a short period of time. But he wanted more profits. So, he boldly uses high leverage with an investment company. If his investments increased again, he would be able to do nothing for the rest of his life and still be able to live comfortably.

When the stock index rose to 5000 points, he was greedy like many other people. He thought the stock market would continue to rise. The stock market did rise a bit. However, the market soon dived, and because he used high leverage and had no additional funding, he suffered a significant loss. After paying the borrowed money, he was as poor as a church mouse. His wife did not know that the house and the car had been mortgaged. Feng Yu did not know how to face his family when he goes home.

He was bankrupted. On that very day, he drank a lot and “accidentally” fell on to the road, in front of many people and was hit by a big truck.

This way, it should not be considered as suicide. The accident insurance policy he bought would pay out millions. It should be enough to redeem the house and car and also leave a sum of money for his mother and wife.

He remembered when he looked at the big truck speeding towards him. He thought that if God could give him a chance to return, he would not want to die again. He wants his family to live a comfortable life!

But he did not expect that God would actually give him a chance to come back again!

Thinking about this, Feng Yu could not help but shouted: “I, Feng Yu, had come back !!!”

“Xiaoyu, stop shouting and quickly go to bed.” Zhang Muhua shouted from the other side of the wall. At the same time complained about her husband. How can he let his son drink at night again?

Hearing his mother complains, Feng Yu smiled and turned over to sleep. 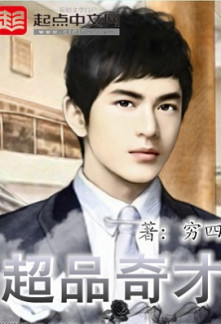