After copying the last character of the Figaro formula, Lin Yun carefully closed his magic book and left the empty, decaying library.

A deep crack stretched across the sky, coming from the Netherstorm. The blood-red sun seemed to be giving out its final radiance, spilling with light and heat. The cruel, hot sunshine bathed every corner of the city while forming a fog of steam, taking away the last bits of life from there.

The shelter tower in the center of the city was still working, but that faint, bleak light always made people think about the old man past his prime who had always protected Heiss City’s shelter tower for three thousand years, while also reminding them that this era was about to end.

This was Noscent, a world which had once birthed a magnificent magic civilization, but was about to die due to mana depletion…

When Noscent was at its peak, humans truly were able to bring magic to unimaginable heights. The mages from that time had world-shattering power. They sent expeditions through myriad planes and countless other races shivered under their staves after being subjugated.

They even proclaimed themselves living Gods. In fact, if the mana hadn’t been used up, some of them really would have been able to live almost eternally and have God-like power due to their thorough understanding of the secrets of magic.

Unfortunately, these times of grandeur had come to an end with the exhaustion of the world’s mana.

Humans weakened day by day, and the huge magic fleet remained docked at the harbor. The frightening magic crystal cannon couldn’t let out its ear-splitting sound anymore, and those countless planes once again regained their peace and no longer had to worry about the threat from these conquerors.

Even those mages that had once been able to challenge the Gods eventually began to fall. They were shocked to discover that they were powerless before the ravages of time after they lost their magical abilities. Name after name that would once conjure forth heroic memories became engraved on tombstones. They followed Noscent’s decline and gradually became forgotten in the ash heap of history…

The only things they left behind were the magic books in the library that Lin Yun just left. Each of them contained the crystallization of their experiences and the knowledge of many lifetimes. In the era before the exhaustion of mana, such a bounty would have been enough to make any mage go crazy from joy.

These books rested in the library untouched, covered with a thick layer of dust. They no longer had any meaning, except as a reminder of Noscent’s former glory.

In Lin Yun’s eyes, they weren’t even as useful as the Figaro formula. At the very least, the Figaro formula could let one extract a bit of mana from the void while meditating. In this mana-depleted world, the books with their powerful spells and widespread, profound knowledge could only be considered materials for leisure reading.

“I’m so unlucky…” Ever since he appeared in Noscent twenty years ago, Lin Yun had always been brooding over his misfortune.

This was too unfair…

At the very least, he should have ended up in a better time period…

Such as the Noscent of countless years ago.

Although the magic civilization was far from mature at that time, countless mages were still fumbling their way forward, slowly exploring the applications of magic. Humans hadn’t yet reached their greatest heights, where they would one day use magic to create miracle after miracle.

But at least the Noscent of that time hadn’t yet had its sky ripped apart by the Netherstorm and its land parched into endless deserts. The world had still been brimming with inexhaustible mana.

Most importantly, the people of that time hadn’t needed to suffer through countless nightmares about the imminent end of the world…

“Ughh… ” Lin Yun sighed. He dragged his exhausted body through a deathly silent street. There was not a single sound in the surroundings, making it seem as if Lin Yun was the last person remaining in the entire world.

Noscent was slowly treading toward its death. The natural resources that mankind relied on to survive were steadily getting exhausted every day. The human population of Heiss was getting sp*r and sp*r. At this rate, they might not even last until the final moment of the world. It seemed that Heiss might turn into a true ghost town under this silence.

This near-at-hand and desperate future made Lin Yun feel a chill.

‘That’s not right, it’s actually a bit cold…’ Lin Yun had lived in Heiss for twenty years and had long been used to the cruel sun as well as the scorching desert outside the city. This feeling of cold that he hadn’t experienced for the past twenty years felt like a viper digging into his clothes, leaving a tingling feeling in his back.

Fear flashed across Lin Yun’s face, and he raised his head to look at the sky before paling in fright.

Heiss’ sky was pitch-black, and boundless darkness was swallowing all the light between heaven and earth. The shelter tower that had protected Heiss for a few millennia ultimately exhausted its mana.

With that faint radiance extinguishing, Noscent was on the verge of welcoming its end.

As the radiance extinguished, the Netherstorm ripped through the sky. A huge, flaming meteor flew down from the heavens. Berserk energy rose up, crazily tearing apart the fragile space. Gales whistled past outside Heiss. The peaceful dunes transformed into waves of sand, flowing toward Heiss.

The earth was caving in. The entire world was swaying fiercely as the lofty buildings toppled over. Lives faded away one after the other.

Heiss, which had been silent for millennia, suddenly became extremely noisy. Blood and flames filled every corner of the city. The last city of mankind was finally reaching its end…

Then, the boundless darkness swallowed everything.

When Lin Yun eventually woke up, he saw that the sky had become azure. It had no giant crack spanning the sky and no bloody-looking crimson sun. There also was no endless desert outside.

Dense forests, unending mountain ranges, surging rivers… everything in this world was filled with boundless vitality.

Compared to that final era countless years later, the Noscent of this era was like a shameful nouveau riche filled with abundant mana everywhere. Even the air seemed to ripple with a strong aura of mana, inexhaustible mana that any mage could tap into and spend lavishly without though.

For Lin Yun, who had lived over twenty years in that era of barrenness and decay, always thinking of any possible way to gather the slightest bit of mana, this was the paradise that he had been yearning for.

But now, Lin Yun didn’t have time to be happy about waking up in such a paradise.

He had just discovered that he was occupying an unfamiliar body.

From the memories left in his mind, the original owner of this body had been called Mafa Merlin, and was a hard-working 9th Rank Magic Apprentice who had come under the tutelage of Archmage Sethman. His father, Locke Merlin, had operated an alchemy business. He had been in charge of Flashing Gold, one of the seven great alchemy chambers of commerce of Thousand Sails City.

It seemed pretty good: a well-off family and a promising future.

Unfortunately, this was already something of the past.

Mafa Merlin was really unfortunate; he had just stepped through the threshold to become a 9th Rank Magic Apprentice, putting him one step away from being able to wear the black gown and truly become a respected mage.

But at that time, his affluent father had an accident.

A storm swallowed the fleet of the Flashing Gold chamber of commerce, including Locke Merlin. Several hundreds of people weren’t able to survive, and the priceless goods sank to the bottom of the sea.

It was a true disaster, and it startled the entire Thousand Sails City.

The Flashing Gold chamber of commerce, one of the seven chambers of commerce of Thousand Sails City, was emptied overnight by those creditors. Moreover, there would be family members of the victims coming to request compensation every day, weeping for their relatives while carrying home the remaining valuables of the chamber of commerce.

After losing his source of income, Mafa Merlin couldn’t afford to continue his expensive magic studies and had no choice but to curtail his path to become a mage a month early and return home to help deal with the debts.

His large place of residence was now completely empty, and even rats wouldn’t go there. The last servant had snuck out three days ago with a few dozen gold coins, all that he could find, and now, besides an old butler that was unwaveringly loyal to the old master, only Lin Yun remained.

‘Eh, right, there is also a contract…’

That contract was sent by Locke’s younger male cousin, Fario. According to the family tree, he would be Mafa’s uncle. When Locke was still there, he took care of that younger cousin, giving him a lot of shares of the business every year. Later, he spent a lot of money and used his connections to get him a seat as a public security official. This was a very lucrative job, and all kinds of money would land in his hands every year.

It was the same this time. Before Locke went out to sea, he gave his cousin a contract promising a share of the profits as per usual. He didn’t need to spend anything and would get a large payment once the voyage was over.

No one had thought that such a freak disaster would happen on this trip, just as no one had expected that right after Locke died, his dear cousin would bring the contract and ask for money as the terms promised.

This was the contract that was now in front of Lin Yun. It wasn’t a huge amount, a total of 8000 gold. Back when Locke was still around, one of Mafa’s magic experiments might have used more money than that.

But the problem was the timing…

To the current Mafa Merlin, owing such an amount was enough to induce despair. He wouldn’t be able to produce the money even if he sold his entire body.

But even that wouldn’t work, as the current Fario wasn’t as nice as before…

As the repayment date approached, Mafa was getting more and more exhausted, both physically and mentally, and ultimately collapsed just after eating breakfast on this very day. Lin Yun was the one who inexplicably woke up a few hours later.

‘That guy is so unlucky…’ After digesting the memories left in his mind, Lin Yun had no choice but to sigh. This Mafa Merlin guy was truly unfortunate. It wasn’t easy for a youth from an affluent family with a promising future to fall into such a hole. 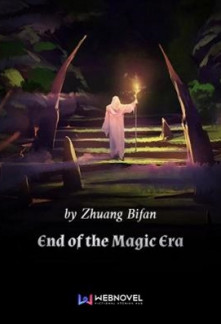