Today was a good day for King Ding Yuan to get married.

Drum sounds filled the air and firecrackers rang out. A ten li street was full of people trying to catch a glimpse.

“I’ve heard that young miss Chen fell ill the night she was married, she is currently deathly ill. So the second young miss took the initiative to become the side princess of King Ding Yuan, to make the young miss happy.”

“What side princess? It sounds nice, but she’s still a concubine!”

“Shh! These kinds of words are only things that crazy people say, be quiet!

The people on the street were whispering, but it didn’t reach the ears of King Ding Yuan, Chu Shao Yang

Chu Shao Yang was standing in front of the large gate with a happy expression. He was waiting for the large red sedan cart.

He was dressed in a red robe embroidered with golden snakes and he had a gold belt on his waist. It made him seem even more majestic. His figure was straight, his handsome face was covered in a smile. Words of prayer were given all around, creating a good festive scene.

And far from King Ding Yuan’s palace, lying on a wooden bed in a shoddy cabin, there lied a dying young girl.

She was the young miss Chen that had just married into the King Ding Yuan palace just three days ago, Shen Ning.

Hearing the festivities outside, Chen Ning opened her eyes, her eyes were filled with dissatisfaction. She struggled to get up, but then fell down. She spat out a mouthful of blood and then, she stopped breathing.

The handmaiden Xiao Ru that had just brought in some water saw this scene, she was scared witless and the water basin in her hands fell onto the ground.

She rushed over and she fell onto Chen Ning’s body, bursting into tears.

“Young miss! You, you can’t die! You can’t lose to such a villainous person…..”

Xiao Ru lying and crying on Chen Ning’s corpse seemed to bring her back to life.

The unmoving Chen Ning on the bed suddenly gave a painful cry. Covering her chest and slowly opening his eyes, then she stared at Xiao Ru.

“Little girl, it hurts when you press on me.”

Xiao Ru was surprised as she raised her head. Her crying soon faded away.

“Zom, Zom, Zom……” Her body trembled in fright and her tongue became tied.

Chen Ning who had just transmigrated couldn’t help but roll her eyes. She quickly gave Xiao Ru a slap.

“Your family’s young miss isn’t a zombie, I just pretended to die. Oh, that’s not right, I didn’t die.”

“Young miss, you didn’t die?” Xiao Yu was surprised and excited. Her excitement was to an extreme.

“That trash man and woman aren’t dead, how could I die?” A strange glow flashed in Chen Ning’s eyes.

Her soul, it was no longer the submissive and easy to bully young miss Chen. This person was the king from the present era, Chen Ning.

She had already accepted all the memories of the original owner.

The real Chen Ning, on the night of her wedding, she had drank a bowl swallow nest porridge and spat out a mouthful of blood. She had fainted and been discarded by King Ding Yuan Chu Shao to this far out place and left to fend for herself. He had declared that young miss Chen was dying and he quickly decided to marry second miss Chen.

Chen Ning stared into the sky and clenched her fist.

“What they owe you, I will take all of it back! Now, you can leave peacefully.” 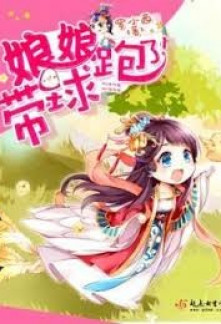