After shaking his dizzy head, Jiang Chen could feel his mind clearing up again.

Jiang Chen raised his head and realized he was in a dark, broken room.There were cracks all over the walls, and the door was tightly shut.He was imprisoned.

Jiang Chen could hear someone talking on the other side of the door.

“Brother Yong, he’s the mayor’s only son.The mayor loves him very much, even though he is useless.If the mayor finds out about this, we will be doomed!”

Outside of the room stood two muscular guys, one with a face full of worry.This was a deserted place in Fragrant Sky city.No one come here on a normal day.

“There’s no need to be scared, no one will know about this, not even the mayor.Furthermore, after we drink the blood of this fellow, we will leave Fragrant Sky city immediately!Yang Shuang, I know you don’t want to spend your entire life as a loser!”

Yang Yong said to Yang Shuang with a ferocious look on his face.

After listening to Yang Yong, the look of worry on Yang Shuang’s face was gone, and it immediately changed into the same ferocious look that Yang Yong had on his face.“There’s no return for us!The mayor has spent a fortune on his only son.Since he was born, he’s been fed numerous pills, but is still at the first level of the Qi Jing realm.If that medicine had been given to us, we would’ve already reached the Qi Hai realm!Even the Mortal Core realm wouldn’t be impossible to reach!”

“Those medicines were wasted on him, he may as well let us enjoy them!Let’s wait for 3 more days.After the cleansing medicine has washed away all the impurities in his body, we will drink his blood and improve our own strength!After that, we’ll leave immediately!”

Yang Yong said with a cruel smile on his face.

The conversation between the two was overheard completely by Jiang Chen, who was just reborn into this world.A cruel smile emerged on Jiang Chen’s face after *imilating the memories from his previous life.

“Dreaming about drinking my blood?You shall drink my *!”

Searching his memories, Jiang Chen discovered who the two people outside were.They were guards from the mayor’s mansion.They actually dared to try and harm him?Dreaming of killing Jiang Chen and drinking his blood?

Jiang Chen never felt nervous.As the greatest Saint in the past, he had gone through countless, dangerous tribulations.Furthermore, the cleansing medicine they fed him for the purpose of removing the impurities in his body would still need 3 days to take effect.3 days, that would be his opportunity to fight back.

Ignoring the two guards outside, Jiang Chen began inspecting his body.He immediately felt excited upon sensing the large amounts of medicine in his body that his father had given him since he was a child.

“This body’s father knows how to feed good medicine to his son, but he doesn’t know that his son’s body can’t absorb them.All the pills were stored in this body, and sooner or later something bad would’ve happened.But for me, this body is awesome!”

Jiang Chen sat there with a smile on his face.He used to be the greatest Saint;for him to absorb the pills stored within this body was a piece of cake.

“These two guards outside even fed me a cleansing medicine.Although it is weak, for this body, the benefits are huge!All the stored medicine in this body will be absorbed by me now!”

After searching his memories for a while, Jiang Chen remembered a skill that could gather the strength from pills and began using it.

The pills started refining his body, his bones, his blood, his skin…Everything was being refined!At the same time, the cleansing pills had also taken effect, helping Jiang Chen get rid of the impurities in his body.

All the pills he had consumed during the last 10 years were just too strong.His body literally became a treasure.It was such a waste!It’s no wonder there were people who wanted to harm him.

“And just like that, all the pills stored within this body are being refined by me.”

He said with a low voice and smirk on his face.The huge amount of pills were continuously refining his body, making it stronger, and turning into Yuan power.

In just an hour, Jiang Chen broke through the barrier, reaching the second level of the Qi Jing Realm!

Level 3.Level 4.Level 5.Jiang Cheng continued to break through the barriers, reaching the fifth level of the Qi Jing Realm!All within one day!

Outside the door, Yang Yong and Yang Shuang walked around with anxious looks on their faces, waiting impatiently.

“Brother Yong, it’s been a day.Should we just kill him now, take his blood, and leave?”

“No, the cleansing medicine will need 3 days to completely remove all the impurities in his body, we need to wait.”

Inside the room, Jiang Chen was still sitting with his legs crossed, feeling the pleasant sensation of leveling up.Everyone in the Saint Origin universe were martial arts practitioners.Once a person reaches the ninth level of the Qi Jing Realm, they would be able to form a Qi Hai in their Dantian, reaching the Qi Hai realm.After that came the Mortal Core Realm, the Heavenly Core Realm, and the Divine Core realm.People called these realms the 5 foundation levels.

After reaching the fifth level of the Qi Jing Realm, Jiang Cheng did not stop.He kept on refining the energy from the pills, even though the speed of leveling up decreased significantly.

2 days later, Jiang Chen finally used all the stored pills within his body and reached the peak of the eighth level, just one step away from the ninth level.

‘I have reached the eighth level in 3 days…Seems like I have met the limits of this body.’

Jiang Chen looked calm.If it was another person who went from the first level to the eighth in 3 days, they would have been thrilled to the max!But Jiang Chen was the greatest Saint!.He had already experienced so much during his previous life.To be frank, he was just a monster.

“Haha, time to drink the blood.”

As the door opened up, he heard the guards laughing.Both of them appeared in front of Jiang Chen.

“Drink my blood?You two will drink my *, instead!”

While sitting on the floor, Jiang Chen got up and threw a fierce punch towards the guards’stomachs, sending them both flying out through the door.

They were both guards of the mayor’s mansion.Although their level was quite high, they were only level 6.They were simply not able to match Jiang Chen.

Wiping away the dust from his back, Jiang Chen walked out of his room slowly.He knew how much force his punch contained;the guards would not be able to stand up again.

Outside the room, Yang Yong and Yang Shuang were laying on the floor, holding their stomachs painfully and staring up towards Jiang Chen with eyes filled with fear.

“Impossible, this is not possible!You were just level 1, how could you become so powerful in only 3 days?”

Yang Yong was shocked.As one of the guards from the mayor’s mansion, he was very familiar with Jiang Chen.This fellow was a useless person, who was not a nice guy either.He would often use his status as the mayor’s son to bully others.This was normal for him.The sudden change almost made it so that the guards couldn’t believe their eyes!It was as if he had transformed into another person entirely!

“Useless scumbags, how dare you have the guts to try and kidnap me!Now tell me, who asked you to do this?”

Jiang Chen looked towards Yang Yong with a fierce look in his eyes.He was not dumb;he knew that these scumbags would not dare touch him if there wasn’t anyone asking them to do it.Furthermore, they wouldn’t have had the ability to feed him the cleansing pill.

“No—no one asked us to do this, it was us who wanted to drink your blood.”

“Since you don’t want to tell me the truth, then you will never have the chance again.”

Jiang Chen took a step forward and slapped Yang Yong’s skull with a powerful strike.His skull exploded, sending blood and pieces of his brain all over the place.

“I don’t do second chances.”

Jiang Chen spoke like nothing happened.He had often seen bloody scenes like this, and he only felt indifference.

Yang Shuang could feel death surrounding him.He was not a brave person, and he had never seen anything like this before.His face was pale and his body was shivering violently.

“Now it’s your turn.Tell me, who asked you to do this?”

“No…Really, no one asked us to do this, please forgive me little master, spare my life!”

Yang Shuang had a ghostly, pale face.The person in front of him was not the little master he was familiar with.The way he killed that person was just too cruel.

“Still don’t want to speak the truth?Good!Rest *ured, I will not let you die easily.I know a method of killing where one will not die completely before his heart stops beating.I will chop off both your hands and legs, cut away your nose, and dig out your liver and kidney, then, I will let you see what’s inside of your own body.Only then will I remove your heart.If you have a strong will, you may be able to see your own heart beating.”

“Alright, I will tell you the truth!”

“Be fast, my patience has a limit.”

“It’s the young master!It’s him who asked us to do this.He gave us the cleansing medicine, too.”

Yang Shuang told him everything he knew without any hesitation.

The name was familiar in Jiang Chen’s mind.Jiang Ru Long was his father’s foster son.Due to the fact that he was too weak, his father, Jiang Hai, had adopted another child.In Jiang Chen’s memory, his foster brother had always taken good care of him.No matter what he had done, Jiang Ru Long would always help him!

“Why would he want to kill me!”

Jiang Chen had a grim smile on his face.The Mu Rong family was a high cl* family in Fragrant Sky city, and they were big in the business industry.Even the mayor did not dare provoke them.If the Jiang family were to marry into their family, then it would bring huge benefits!

This Jiang Ru Long was a cunning guy.If it was the guy from before Jiang Chen was reborn, then he would be dead by now.But now, things were totally different.The once greatest Saint was now in possession of this body.Jiang Ru Long will face his doom.

“Little master, I have told you all I know.Please spare my life, I will do everything I can to help you.”

Yang Shuang said as he kowtowed towards Jiang Chen.

Jiang Chen struck his palm towards Yang Shuang and his pleading immediately died down. 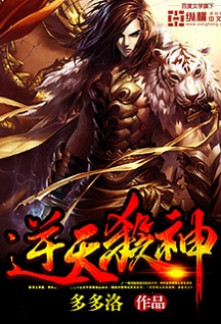