Advent of the Phoenix

It was a clear moonlit night, and the stars were twinkling. A sudden strike of lightning shook the area, even the imperial palace’s roofs trembled ever so slightly. Despite the thunderclap, there was not a drop of rain.

Inside the palace, the supervisor of the Astronomy board quickly rushed to the Heavenly hall and prostrated before the Tian Wu emperor. “Your majesty, there have been movements in the heavens from the Northwest direction. The Phoenix has arrived.”

The Tian Wu emperor, holding his tea cup, trembled ever so slightly. “Northwest…” With his eyes half-opened, he sent the advisor back. “Thinking about it, Ming’er should be returning soon.”

Another lightning bolt struck from the clear sky towards a cave in the Northwestern region of Da Shun. It directly struck the corpse of a dead female and knocked it up.

Amidst a pile of corpses, Feng Yu Heng struggled to raise her body to a seated position. Her consciousness is still a little shaky, but after a short period she was finally fully lucid. Upon opening her eyes, she is startled by the sight of countless corpses.

“Well *!” She blinked her eyes and moved a skull that was on her leg. She took in her surroundings and contemplated, “Did I really die or not?”

She clearly remembered being on a helicopter that had exploded at an altitude where survival was not possible. As a high ranking medical officer in the military, she was able to maintain her consciousness at the moment of impact. She was certain that she had died.

Without a doubt, she had died. She had died then reincarnated.

On top of the pile of dead bodies, she stood up and stretched her arms and legs. In the next moment, a stream of memories flooded her mind. Her name was Feng Yu Heng, age 12, and daughter of the first wife of the late prime minister, Feng Jin Yuan. Three years ago, a family ancestor committed a crime and the family was exiled to a desolate land. Fearing the implications, the father quickly demoted her mother, Yao shi1, in favor of concubine Chen shi.

As if that wasn’t enough, some * oracle came forth and said to Feng Yu Heng, “This child will lead an evil life. If she is allowed to continue to reside in this manor, then there will come a day when the Feng clan may become broken and scattered.”

Like that, with a wave of his hand, the patriarch sent Feng Yu Heng, Yao shi, and the just turned three years old little brother, Feng Zi Rui off to a small remote northwest mountain village. There, they would need to fend for themselves.

“Holy *!” She saw the entirety of the former life as though it were a movie. Feng Yu Heng then had a realization. “I’ve been transmigrated!”

“Don’t worry!” She dusted her hands and soothingly said, “Your misery and suffering, I have understood it all. Since I am here, I will not let those that have bullied you live happily. I will properly sort out these debts with the Feng Manor.

Suddenly, a soft sigh came through her mind. A girl’s voice floated to the surface of her mind and said one phrase, “Thank you.” Her mind shook slightly as something seemed to slowly drift away.

Feng Yu Heng chuckled. It seems like the previous owner of this body was very unwilling to die. Only after hearing her promise, was she willing to depart. However, for such a father to exist… To have such a family with so-called family ties, hating them is normal.

She had always been one to keep her promises. Since she had taken over this body, revenge was naturally a must.

Feng Yu Heng adjusted her dress made with materials of poor quality then dusted it off. Using some bodies as steps, she climbed out of the m* grave. Before even having a chance to take in her surroundings, the sound of a human voice came along.

“Selling that girl to the Drunken Flower House3 in the prefecture capital can bring in 50 silver. So long as we can make this sale happen, forget marrying * wretches. I’ll have enough to marry two young girls.”

“That’s optimistic! You dare to marry young ones! Even if I have to go to prison with you, I will make sure to report you to the governor!”

Feng Yu Heng furrowed her brows. The memories of the body’s original owner surfaced again- her mother was sick, so she had gone to a nearby mountain to pick medicinal herbs. She was ambushed and knocked unconscious. Before losing consciousness, she had looked back and had seen that the man who had struck her was Wang Shu Gen of the Wang family, head family of Cun Dong village.

She moved deftly towards the 8 o’clock position behind her and snuck closer to the approaching voices while hiding herself. She quickly took a look around. Seeing an area densely-populated by trees on a hill, she snuck behind them.

1: A way of referring to a married woman by her birth name. 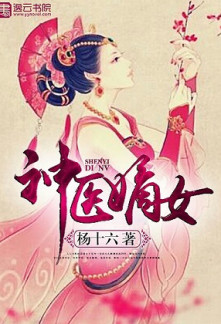 Chapter 1 – Advent of the Phoenix