’ve always yearned for an honorable death. Let my chest be full of bullets. Let my corpse’s arm be locked around my enemy’s neck, dragging him with me to hell’s door.


And the only admirable death in bed would involve a hard * and a gorgeous woman. Extra points earned if there were more than one woman.


But let there be blood. Let there be explosions and cries of horror as I go. Let my name ride the cold chill of nightmares. Let my last words forever be written in gold and whispered among legends.


Due to this, I kept my two favorite guns close—Cain and Abel. This ensured that I would be ready for any enemy and would look good as I killed them.


did I want to be discovered,


while wearing a gown and wig.


It would be the biggest joke amongst gangsters.


Who did this to Romeo?


In a circle, Marcelo, Lei, Chanel, and I gathered around our dead friend.


Lost to us forever, Romeo stood cold and stiff in the brothel suite. The killer had propped him up like a mannequin with wooden stands, rope, and nails. Usually, Romeo’s long black dreadlocks fell around his face and hit his shoulders.


For some reason, the killer put a Marie Antoinette wig on him. The powder-white hair piece was stacked in layers of curls that reached a foot in the air.


Makeup covered Romeo’s brown face—pink cheeks, purple eye shadow, and candy red lips. He wore a shimmering silk gown that was cinched at the waist with a sheer golden sash. The gown’s bottom half flared out into an extreme egg-shaped skirt.


One would have thought my old friend was off to a ball to meet Prince Charming. Surely, he would have stolen the prince’s heart.


Romeo looked gorgeous. If one didn’t focus too much on the death and suffering, many would agree. His cheeks never looked rosier. His eyes came alive with beauty.


I’m thankful to the killer for cleaning up the blood.


Marcelo walked over to me. His green eyes watered, but I knew he would never let a tear drop. I also noted that his eyes were less dilated and there was no white powder on his nose.


He must have a fight coming up.


Long black curls fell over Marcelo’s forehead. The sides of his head were cut into a fade. At 6’4, I usually towered over most, but he met my height.


“Romeo doesn’t look bad as a woman.” I shrugged. “The purple eye shadow really ties it all in with the golden sash.”


Marcelo glared at me. “Our friend is dead, and all you can think about is how some psycho made him look pretty?”


“I was trying to find the silver lining on a very dark cloud.”


He studied me like most did—with disgust, yet fascination.


Sighing, I pulled out my mini book and pen, flipped it open, and jotted down a new note.


Don’t compliment a dead friend’s dress. The people who are alive don’t like it.


That was the problem with Asperger’s syndrome. I never knew if I was providing the appropriate social response. Most of the time, I mimicked others and tried to blend in.


All my life, my mother thought it was best to keep my Asperger’s a secret.


The only spectrum that people knew in my world, was Spectrum Casino in the South.


When I slipped in behavior, most *umed I was a sociopath. My mother loved it. For her, it would be better if other gangsters thought I was psychotic verses handicaped.


Marcelo watched me. “What did you write down?”


I closed the little book and kept it near me. “Nothing.”


“Do you have anything else to say, Dimitri?” Marcelo folded his big arms over his chest.


Many called Marcelo the Paradise Playboy. It was false. I *ed more women than him.


Against my will, we shared a tailor. It made sense. We were both big men with broad shoulders and muscular builds. Plus, my tailor, London was the best in the city.


Today, Marcelo wore a leprechaun green suit to represent his crew’s colors. Marcelo led the Row Street Mob and ruled the southern part of Paradise City. His black shirt was unbuttoned at the top. The only jewelry he wore was the Rolex wrapped around his wrist. Which was all diamonds and white gold.


I shook my head at his suit. “Why would you force London to make that for you?”


“My suit?” Marcelo sneered, “You’re lucky this is a tense moment. . .and the Syndicate doesn’t need another dead leader.”


“I would put a bullet in your head for these stupid comments.”


“You’re lucky.” I smirked. “I would have my gun out and a bullet in your head, before your small brain transmitted to your head the action of getting your gun.”


Marcelo remained silent as he watched me with a murderous glare. While he could be violent, he avoided conflict as much as possible and preferred to keep his fighting in the boxing ring. 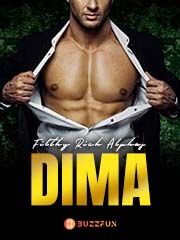