“Ah.” Thunder rumbled in the distance, and I shot a look at the sky. Roiling black clouds crept toward us. “We’d better get inside.” I grimaced. “You can tell me more about your problem once we’re out of this weather.”


The first fat raindrops fell, one of them splashing right on my forehead. Mac, who was closest to the entrance, darted inside.


I gestured for Seraphia to follow. “Go on, Mac will lead you up.”


She hurried through the green door. I gave my new sign one last admiring look, then entered the building and shut the door behind us. Mac took the stairs two at a time toward my top-floor flat with Seraphia in the rear. I climbed the steps after them, p*ing Mac’s door. It was ajar. Through the opening, I spied my rac* familiar, Cordelia, digging through Mac’s kitchen cupboards.


Cordelia glared at me but withdrew her little hand from the packet of crisps into which she was digging.


“Leave her be,” Mac shouted from the little landing outside my door. “She’s fine.”


“She’ll eat all your crisps and biscuits,” I warned. “It’s why she’s at your place instead of mine. She’s already nicked the good stuff out of my cupboards.”


I shrugged and climbed the last flight to my door. As I stepped onto the landing, an invisible hand seemed to grasp my insides and twist. Pain shot through me, and I gasped, doubling over.


Cold sweat popped out on my brow, and I struggled to breathe through the nausea.


“Are you all right?” Seraphia’s voice echoed with concern.


“Your signature…” Her voice trailed off. “It’s changed.”


“Your eyes…” Mac frowned. “They’re glowing green. They looked the same way after you absorbed the magic in Orion’s Heart.”


I’d saved Guild City, but I’d been infused with dark necromancer magic in the process. Magic that I had no idea what to do with.


Magic that was screwing me up inside.


The pain subsided, and I regained control of my breathing.


“You look better,” Seraphia said. “But are you sure there isn't anything I can do for you?”


“Don’t worry about me. It’s a little thing.” I tried to give her a re*uring smile, but she just stared at me, concern still creasing her brow. I gestured to my door, which was open. “Go on. We’ll sort out this book of yours.”


“All right.” She entered my flat, an aura of worry radiating around her.


I looked at Mac. “Are my eyes still weird?” 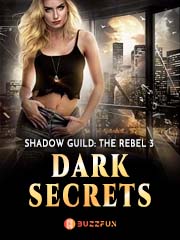