A swath of fiery light shot up into the sky.

An exquisite and beautiful little boy was seated on a wheelchair, looking in despair and helplessness at the similarly exquisite looking little girl not far away from him. What was different was that the little girl had an exceptionally timid and frightened expression, as she looked at the boy trapped in the fire, even seemingly looking like she was thinking of running away.

The boy’s body was being roasted and seared by the increasingly heat from the blazingly hot flames. He gritted his teeth tightly together, looking at the girl one final time before he closed his eyes. “Qing Yu….. Leave…..”

Seemingly awashed with relief, the little girl immediately turned herself around and went running away without even looking back once.

Till she disappeared from the boy’s sight.

The little boy lowered his eyes and laughed mockingly, a crystal clear teardrop slid down from the corner of his eye, like he had just given up on his final grasp upon any delusions.

He will die right? He should have died long ago.

He hated that, but he was powerless.

An eight year old child, dragging a broken body around. What could he do?

The little girl’s face was filled with panic, her legs under her not stopping as she ran, seemingly seeking to leave this dangerous place far behind her, not caring in the least about the boy’s safety or wellbeing.

“Dumb dumb! How can you run away! Go back there and save him!” A highly translucent and illusory shadow stood beside her, wanting to pull her back, but the girl went right through the body.

The shadow was stunned for a moment.

Oh, she was already dead, and is now a spirit body. She had completely forgotten about it.

It could be because she had been dead for too long and did not need to eat nor did she need to sleep, hence she had thought that she was still alive, living in this world in another form.

She watched the little girl run stumbling away in the distance, but saw that her body had begun to increasingly turn translucent, looking like the spirit was about to depart from the shell.

That was….. a sign that a person was about to die.

As predicted, in her panic, the girl actually tripped over a protruding pebble and fell heavily to the round, her forehead landing right upon the broken gravel, the blood flowing out unceasingly. The spirit that had half departed from her body then slipped right out completely, and then dissipated into the wind, where it was not known where it had scattered to.

Qing Yu was stunned by the scene. She had not thought that she would be able to witness such a thing.

Could it be because she had already died, and hence could see this?

She was not given much time to think much about it when she already found herself *ed away by a great force, to enter into the body of the girl who had just died.

And the spirit and body shell melded together just absolutely perfectly.

She did not know how many years it had been already since she came to this strange world, and had never thought that the day would come where she could actually be reborn in such a strange manner!

Her spirit that had not dissipated away for so long, was it waiting just for this day? !

At that very last moment, she seemed to have seen the little girl telling her tearfully to live well on her behalf, and to look after her little brother.

At the moment that Qing Yu agreed, she had then left peacefully.

By the time the unconscious little girl woke up again, her eyes looked completely different.

The timid weakness from before had disappeared without a trace, replaced with a quiet, steady and deadly stillness, without a single ripple of emotion where they seemed to be filled with intelligence and a maturity that could see through all, a lone spirit that had come from a different world.

Her forehead still had blood dripping down with some flowing into her eyes, blurring her sight, but her footsteps did not stop, slow and determined as they move towards the place with the fiery light.

Thick smoke choked the young boy as he coughed incessantly, unable to even open his eyes. He racked his mind thinking up every way he could but it was to no avail. Several overhead beams had fallen down in front of him and if his legs could still walk, he would have risked everything to charge his way out. But now….. though the heart wanted to, his body was powerless.

He was destined to face this calamity.

His ears suddenly detected sounds of movement. After the young boy opened his eyes weakly, what he saw caused him to stare in shock.

The girl was standing right by the well, struggling to draw bucket after bucket of water from the well before pouring them over her own self, till her entire body was completely drenched.

The water in deep autumn was really very cold and if she continued to do that she would definitely fall sick. But her demeanor was so calm that it was terrifying, like she was a machine that had been programmed to carry out a task.

The young boy watched her actions in a stunned daze, amusement in his eyes together mixed with bafflement.

Why….. had she come back? And what was she doing?

The next second, he saw that she had found herself a piece of loose and oversized clothing from god knows where. Soaking it wet with water, she then draped it over herself and charged speedily into the fire.

It shocked the young boy so hard he almost jumped up as a shout tore out from his throat: “Qing Yu, you dumb moron. What are you doing back here? Get away from here now! Go far far away and never come back. I do not need you to save me as you will only burden me…..”

The young boy was feeling choked up and he could not say another word.

How could he possibly not see that she had come here wanting to save him? But she was still so young and did not possess the ability to do it at all. Moreover, he was a cripple who was not all that mobile…..

To tell the truth, the fact that Qing Yu had carried things out to this stage already pleased him very much. At least, he would be able to die with a smile.

But in future, no one will be able to talk to her anymore.

Qing Yu looked at his tear filled face which was crying and then smiling where she then unconsciously creased up her brows as she said in a soft voice: “So full of nonsense.”

Immediately feeling that something wasn’t right, she then quickly said: “Don’t worry, I’ll be fine, and I will get you out of here.”

The young boy’s emotions was fluctuating greatly as Qing Yu had never ever shown such an impatient expression before and she was even trying to comfort him. It must be known that she would not even dare to speak a single word once she became nervous.

There wasn’t time for him to react at all before Qing Yu had already picked him right off the wheelchair.

He was literally picked right off, grabbed by the collar unceremoniously and with a slight bending of her back, he was firmly slung across her back.

This was about the first time that the young boy found himself being carried on someone’s back all his life.

And it was by the elder sister who was so much smaller in size than him.

The person he had always loved and hated at the same time.

But suddenly being carried on her thin back, the young boy’s face immediately flushed a deep red.

How could a girl possibly piggyback a boy? The young boy was humiliated and angry. What would people say if they saw this?

Qing Yu’s brows were furrowed as she looked at the several thick beams in front. She was silent for a while before she freed up one hand, suddenly lashing it forward. A chill light manifested. The blaze quickly shrank, where a layer of frost actually formed.

She was rather annoyed as she cursed in a low voice before she strode over the heavy beams with the boy on her back. In just moments, the blazing fire flared up into a roar once again.

And the boy on her back had already fainted into unconsciousness from having been trapped within the choking smoke for too long. 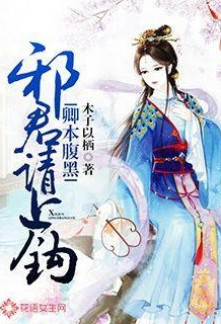