“Your earnings for the Africa mission.” Old Lin pulled out a package wrapped in old, worn cloths, his hands delicate as he handled the item. With care, he produced two crumpled pieces of one hundred rmb notes, and handed them to a boy staring at him.

Lin Yi didn’t understand. It was a high-stakes mission he'd just completed, and a very demanding one as well- he had to deal with very formidable enemies, and his client’s profits were rich, bountiful!! How did it make sense for him to be paid this little?

Where the hell did the old * get these extreme missions from? They pretty much had a ten percent survival rate, and the rewards always ranged from only fifty to a few hundred kuai… Sometimes the payment was so disgustingly low it didn’t even reach the two digit mark!

Lin Yi was cursing inside as the old guy put the bank notes in his palm.

He was an orphan, and motherless since a young, tender age.

But Old Lin taught him kung fu and also homeschooled him for fifteen years! He was educated and proficient in both academics and martial arts… Put him in ancient times, and he’d be nothing less than a high official- Yet he spent his days like a mere servant, what the hell?

He’d heard that even construction workers could earn up to a couple tens of thousands a year… Lin Yi’s days of extremities yielded him no more than two thousand annually!

“Old man… You’re joking, right? Two hundred? Are you pocketing my rewards or something?” It wasn’t the first time Lin Yi’s had suspicions, but the guy’s life wasn’t different from his at all. He wore the same kind of clothes, ate the same kind of food… He didn’t seem rich one bit.

“Be glad you even have money to complain about. Think making money's so easy, don’t you?” Old Lin said as he rolled his eyes. “Don’t want it? Give it back, it’s been awhile since I ate at Widow Wang’s.”

Yet he didn’t know much- All he understood was that the old guy never used his full ability when training with him. His mentor would simply match his standards to Lin Yi's level whenever he found himself making a breakthrough, wrecking him regardless.

“Right, it’s probably about time... You’ve trained enough these past years- you’re ready for the big one, I think.” Old Lin’s head was lowered at a pit he was crushing beans in, focused on preparing the meal. “Do this one mission well, and you’re set for life!!”

“Seriously?!” Lin Yi had learned- ever since Old Lin picked him up from the junkyard- that the studies and training he received were for a big mission at the end. Yet he couldn’t help but doubt the words- was the reward really so great that he needn’t work for the rest of his life?

“When have I ever lied to you?” Old Lin barked as he tossed more beans into the pit. “You going or not? Maybe I should get someone else?”

“No, I’ll do it! Of course I’ll do it!” Lin Yi snapped without hesitation. What kind of idiot would miss out on something like this? One mission for a lifetime of comfort? He had no problems risking his life for this one.

“Hmm... All right, go to Songshan, where there’s this company called Pengzhan Industries. Look for a Chu Pengzhan and he’ll tell you the rest.” A mischievous smile crept across his lips. “But you’d better consider this one carefully… You can’t back out once you’ve accepted it.”

“Why? They’re not letting me back out even when it gets dangerous?” Lin Yi wasn’t one of those stubborn hero wannabe types- He’d never do something that’d just lead to him dying.

“Ah, my little Yi… I raised you for fifteen years… fed you food, gave you water… even bought you a laptop, a 3G internet card…” The old man nagged as his eyes rolled again. “Stop spitting so many questions at me when I tell you to do something so simple!! Don’t you force me, you little *!!”

“Fuck!!” Lin Yi wasn’t pleased with what this old * decided to throw at him. “Yeah. You’re right, you raised me.... For the first three years!! Starting from six I made the meals, I prepared the firewood, I weaved straw sandals to make money to be used on you! Don’t you force me!”

“I know what you’ve been doing at night with your hand and laptop!” Old Lin snapped with a glare. “Yeah. Yeah, that’s right- thought I didn’t notice, huh? You forced this on yourself! Also, you even-”

“Okay, okay! I’ll go through with the mission, till the end, okay?” Lin Yi interrupted, his face red with embarr*ment- he wasn't expecting the old man to have noticed: he’d been extra careful with his nighttime activities, after all. Let this man go on and he’d pull out some very inappropriate scenes.

And so, Lin Yi put on his luggage pack, and got on a train north. A quick couple of ten thousand miles later he reached the modern, internationalized metropolis- Songshan.

Lin Yi decided on the train that he’d be more careful of his surroundings when doing his business at night, from now on.

He had a genuine excitement for his current mission, despite it all- It was something he'd been dreaming of, a mission with ample enough rewards for him to retire early. He could tell from the way Old Lin spoke that this was a hard *ignment, but that didn’t bother him in the slightest. The challenge of a hard mission produced thrill, after all.

A sudden pop sounded from a freckled guy sitting across Lin Yi. He had just popped a can of coke open, and wasted no time in putting the drink to his mouth. He threw the pull-tab at the ground with a soft toss.

Some guy with a crewcut put on a nonchalant face as he picked the tab up, raising his hand for a better look at it. He yelled out abruptly after turning it around a couple of times. “Woah!!! Woah, woah, woah, first prize!!”

The crewcut guy wasn’t able to overwhelm the noise in the train, but his voice was loud enough for the people nearby to hear. They turned to look at him, including the freckled man sitting right next to him.

The man panicked upon seeing the tab, realizing that it was the one he just threw away. “Give it back, it’s mine…”

“Yours? Whaaat? I don’t see your name here?!” The man yelled back, his grip tightening on the tab as he glared. “So your name’s ‘first prize’, huh?”

“Nono... I mean I was the one who threw that prize ticket tab away…” The freckled man seemed to be afraid of the other, but not quite enough to be backing down from taking back what he thought was rightfully his.

The crewcut guy only snorted. “You said it yourself, you threw it away, didn’t you? So since it’s not yours anymore, anyone who picks it up gets to keep it.”

“Hey, what the hell man? What’s wrong with you??” The freckled man started panicking harder as he turned to a tourist sitting across him. It was a guy with spectacles, seated next to Lin Yi. “Mister, you seem like an educated person, can you please say something to this shameless man?”

“Me, shameless? You’re shameless!” The man, unhappy, decided to turn to the scholar as well. “Sir, tell us, who should this tab belong to?”

“Hmm…” The man with the gl*es put a finger to his face and started pushing his specs up. “I am a college professor- Since the two of you seem to be placing your trust in me, I shall produce for you a fair solution to the problem.”

“Please do!” Both the freckled man and the crewcut guy nodded in unison, their faces anxious as they stared at the self-proclaimed college professor.

“Logically speaking, the tab came from the soda can of this man here, so naturally it should belong to him…” The freckled man started grinning upon hearing the professor’s words, while the crewcut guy, on the other hand, panicked as he opened his mouth to say something. The professor held his hand up to stop him before continuing. “However… This man did throw the tab away, and you, mister, picked it up. It’s not surprising then that you should be the one to take the tab home…”

“But sir… You said yourself that the tab is mine…” The freckled man said, his face growing pale at the words.

“Sharing it…” The crewcut guy hesitated a while. “Fine. I can do that.”

The man probably recognized the flaw in his logic; The freckled man, on the other hand, understood that the tab, at the end of the day, was in the other guy’s palm. If he went against the idea crewcut guy agreed to, he might never get the tab back, and he’d rather get half a prize than nothing at all.

The professor took the tab from them and examined it. “Well… It says here that the first prize amounts to a hundred thousand rmb… Taking twenty percent out for the taxes, you’ll have eighty thousand left. To actually cash the winning ticket in is a bit of trouble though… Here, how about one of you give the other guy thirty thousand, and that guy can go cash the ticket in for the full eighty? Sound good?”

“Yeah, that’s good.” The freckled man seemed satisfied as long as he got his share, agreeing with no hesitation at all as he turned back to the other man. “Give me thirty thousand then, you can be the one to cash the ticket in!”

Lin Yi leaned back in his seat, enjoying the drama the scammers were putting on. 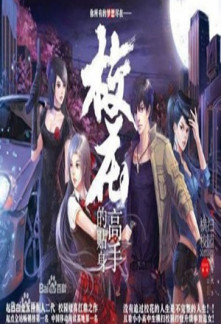