Beams of sunlight shone through the mottled shade, tiny dust particles seemed illusory and unreal under the rays of the sun, adding touches of immortality in the vast forest.

Gu Mengmeng stood in a pool of water and stared at the man a step away from her.

He looked down in a condescending manner, like a deity. His black and lush hair casually fell on his back like inky clouds, resulting in an unique appeal.

Underneath the dashing eyebrows lay a pair of petal-shaped eyes, filled with an amorousness that would trap anyone senseless. An aquiline nose and red lips of moderate thickness showing a dazzling smile, although faintly, made Gu Mengmeng lose her mind, completely forgetting her current situation.

With a blank mind, she could only stretch one hand out to touch this elf-like man instinctively.

This was, perhaps, what was said to be blinded by looks.

The man looked at the small hand Gu Mengmeng stretched out to him and frowned faintly, not for anything else, but just a little angry at her lack of vigilance.

If the person that came was not him, would she also be standing in the water, dressing in some strange yet so provocative clothing and stretching out her smooth, white arm unguardedly like what was happening now? Just the thought of the possibility of other beasts looking at her in this state angered him inexplicably.

The anger came bizarrely and he did not even know what happened to him. But before he could react, he had already pulled the wet female out of the pool and into his arms.

She was so tiny that he could wrap around her in one arm. After holding her in his hand, it felt as though she was weightless.

According to legend, this lake belonged to one of the Five Elements, the messengers of the Beast Deity that was born every year would emerge in one of the Five Elements, Metal, Wood, Water, Fire and Earth randomly. It was said that the date of arrival of the new term of messenger was near, could it be her? But she was still so tiny, like a virgin…

Would the Beast Deity send an underage female as a messenger?

While the man was lost in his thoughts, so was Gu Mengmeng in hers.

This man was so unbelievably handsome, a hundred times more handsome that the Prince Charming senior in the swimming club of her school.

Thinking of that, Gu Mengmeng regained her composure immediately! Her body shot up and she started to glance around.

Realizing the unusualness of the little girl in his arms, the man tightened his grips and forced the girl that was still glancing around to notice him. If her clear and innocent eyes were not looking at him, he would feel very uncomfortable.

Gu Mengmeng turned and stared at the handsome man just inches away. Her hand was on her lap but she hesitated.

This must be a dream, she should be able to wake up once she pinches her thighs.

Once she woke up, this handsome man would definitely be gone, but if she did not, would she drown in the swimming pool?

Gu Mengmeng fell into a tough struggle between beauty and her life.

In the end, beauty won.

Gu Mengmeng grinned widely, took the initiative to put her small hands around the man’s neck and rested her head on it, before rubbing a few times to experience the skin texture of the handsome man. She found a comfortable angle and heaved a sigh of relief, said,

“Anyway, it is just a dream, it doesn’t hurt to be a little more uncouth.”

Gu Mengmeng raised her head in all seriousness and looked at the man in front of her closely. Like a lascivious landlord, she squinted her eyes and said, “For you, I am taking the risk of getting drowned. So… A kiss would surely be acceptable?”

Gu Mengmeng noticed the man’s obvious look of refusal and smacked her lips. Putting her small hands on his cheeks with a snapping sound, she moved closer like a hungry tiger pouncing on its prey and pecked him on the red lips.

Although he could have easily avoided her with his skills, he was unable to react in time and could only watch her tease him. He would have thrown her out and punished her ferociously like his usual bad-tempered self, but just looking at her slightly taunting and witty appearance, he felt an itchiness in his chest, as though it was being scratched by a cat. The feeling was very strange, like something was uncontrollably hitting his ribs aggressively, wanting to break out from his chest. Was this a sign of danger? But * this feeling of liking it.

Vilely, Gu Mengmeng watched as the tip of his ear turned pink and the devil deep down in her heart felt great satisfaction. Holding back the strong urge to laugh, she patted the man’s shoulders and said, “Someone as handsome as you is unlawful itself. So, even if I kissed you, I would not be responsible.”

Was he being teased by someone before getting ditched now?! What was he supposed to say during situations like this? Never had hie encountered scenarios like this before!

Having her little interest satisfied, Gu Mengmeng was delighted. Although the senior from the swimming club could not be considered as a Prince Charming compared to the man in front of her now, she still had to wake up. If she did not wake up now, she might not be able to wake up in the future.

So in all regrets, Gu Mengmeng waved her paws at the man that had just been molested by her and still did not recover from the shock. Silently composing a soundtrack for herself, she acted like a natural prodigal and amorously said, “Meeting me is your greatest misfortune. Forget about me and continue on with your happy life. Bye~”

Hurts?! Why would it hurt?!

With tears in her eyes, Gu Mengmeng looked at the part on her thigh that had turned purple from the pinching and her brain stopped functioning again… 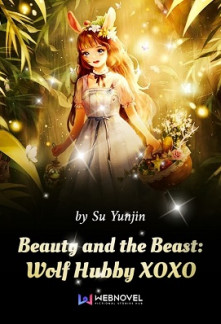 Chapter 1 - I Would Not Be Responsible