Desire was the force that drives progress, as well as what gives birth to destruction.

In 2206 CE, humanity is confronted with its most severe energy crisis, while the Earth’s climate has become exceedingly vile due to the the excessive exploitation of the planet’s resources. The colony on the moon couldn’t support a hundred million immigrants, and thus, the Salvation Project began. Humanity decided to build an “artificial black hole” between the Earth and Moon in order to provide everlasting energy, while also improving the Earth’s environment. This project clearly had enormous dangers *ociated with it, but it was their only method for salvation.

2216 CE. The construction of the black hole was a success, but the aftermath was something humanity could never have predicted. The black hole caused a higher dimension to overlap with Earth, causing a spatial fold effect. This led to drastic changes on Earth, such as spatial cracks, unusual powers manifesting, and mutated organisms.

The Earth descended into chaos due to the ineffectiveness of conventional weapons in the face of these new monsters. Even the ultimate weapon of humanity, nuclear weapons, became useless. After a short three years, the Earth’s population had declined to only two hundred million, and human civilization was on the brink of annihilation. Thus, humanity entered its last stand.

However, during this moment of crisis, humanity’s avarice was matched by its powerful vitality which revealed itself. After many years of fighting against these monsters, humanity discovered what had caused the organisms of Earth to mutate. While other organisms had been transformed by this energy, many humans had also been transformed as well. In their final stand, humans continuously searched for ways to strengthen themselves. After much effort, they were able to create a completely new battle system. In honor of the countless sacrificed in order to create this system, it was titled the Heroic Soul System. Named as such because a hero’s soul would never be extinguished .

At the same time, the famous scientist, Glenn Gr*o, discovered a way to use this unusual energy in a scientific manner. People called this energy “Gr*o Energy”. Combined with technology, it was newly termed rune technology. After paying a steep cost, humanity was able to wield this new energy and overcome the danger of extinction.

After fighting for several centuries, humanity was finally able to stand firm and claim a position on Earth. With the combination of their technology and new battle system, they were able to establish cities upon cities, rapidly expanding out once again. The new generation whose souls were ignited became the main defending power of these cities. They were called Heroic Soul Soldiers. In every single city, the heroic soul schools became the most important sector. These schools were the cradle from where soldiers were nurtured. After the old human society had been completely destroyed, two factions emerged from the ashes. One was the Imperial Alliance while the other was the Freedom Federation.

The Freedom Federation followed the social order of the olden days. Thus, it also followed the governing hierarchy of the past. The parliament was the highest order of authority, but the major families and financial groups were the true wielders of power. A majority of the technology and resources of the olden days were inherited by the federation. The Freedom Federation discriminated against mutants, strictly prohibiting mutants and ordinary people from intermarrying.

As for the Imperial Alliance, they had inherited much less of the resources of the olden days. During the dark ages, the discarded human communities fought with blood and fire and were were able to rapidly expand by forming an alliance of nations with a strict social order. Humans, Neohumans, and other unusual races could be found in the alliance, all of them living for the pursuit of supreme power.

Originally, there were many great wars between the two factions over natural resources, but after encountering a great enemy, they were able to sign a peace agreement. Thus marked the new era of rapid development for humanity. A short hundred years later, the human population had grown back to a billion people. Undoubtedly, their intelligence and powerful reproduction ability allowed humans to regain their position as Earth’s most powerful ruler.

However, what was lost could never come back. There were five forbidden mutated regions that humans were unable to conquer. In addition to those five regions, the influence of the hyperdimension allowed humans to realize that they weren’t the sons of heaven.

New Era 516. The Kaiser Empire, one of the three great empires within the Imperial Alliance.

An emaciated child was born in the best hospital of the empire. This child had to go into intensive care and was on the verge of death.

“Shirley, don’t be sad. I believe that this child will definitely be able to be able to stand tall!” Wang Zhan Feng said in order to comfort his wife.

However, Shirley’s tears continued to flow just as before. This child was too pitiful. As soon as he was born, he’d been plagued with misfortunes. After narrowly escaping from a great calamity, who would have thought that his body would then be influenced. “This is punishment from the gods. We should have been faster…”

Wang Zhan Feng gently shook his head. This matter had already been censored by both the Freedom Federation and the Imperial Alliance, and had become a taboo topic. After all, this was the greatest catastrophe humanity had faced since the New Era began. Once again, it seems that before humans are destroyed, God will make humans go crazy. But in the end, who knows what is right and what is wrong?

Dr. Layton Garau was a super genius and was the greatest expert on science and rune technology of the century. He had accidently obtained the “Fate Stone”, a hyperdimensional divine item. This sparked many crazy ideas that were supported by the Imperial Alliance, such as, “everyone can become a god”, “humanity will reclaim everything,” and “conquer the hyperdimension.” Humanity had coveted the powers of the hyperdimension for a long time and had even begun experiments in the unregulated Inca City.

This wasn’t the first time that humans had tried to spy into the realm of the gods, and it wasn’t their first failure either. It was just that this experiment’s failure had caused an earthquake with a magnitude of 13 to shake Inca City. The heavens fell and the earth was split asunder by this disaster that lasted the whole day. The city had also been struck by a tsunami that day, causing floods and many casualties. Furthermore, a hundred thousand people lost their homes. As for the Imperial Alliance, they abandoned Dr. Layton and used him as the scapegoat. The dead Dr. Layton had been transformed from a scientific genius into a scientific devil.

Wang Zhong was an orphan of that disaster.

Wang Zhan Feng embraced his wife. “This child is very strong. He was even trying to re*ure us just moments ago. Ah…”

“My heart was about break into pieces when I saw him smile while enduring so much pain.” Shirley couldn’t control the tears that streamed down her face.

“Perhaps death is a type of freedom in itself. If he’s able to make it through this, we’ll leave this place and go live a tranquil life. We won’t bother with any disturbances,” Wang Zhan Feng resolutely said. He had already achieved glory, as well as fallen to an all-time-low. The only thing he had left was his family.

Inside of the hospital ward, a four or five-year-old child quietly lay there. It was silent aside from the sound of an apparatus dripping. A sedative had been used on him recently, allowing Wang Zhong to finally enter the land of dreams.

In reality, Wang Zhong didn’t really like sleeping. Although he would be in pain while he was awake, he at least wouldn’t be lonely. He liked the world that was full of vitality, rather than the darkness and loneliness of the world of dreams.

However, sleep wasn’t something he could prevent. As Wang Zhong’s breathing became more steady, his surroundings seemed to quiet down. Then the side of the apparatus flashed a bit and Wang Zhong’s eyelids twitched.

There was only darkness within the dreams for the sensible Wang Zhong. There was nothing he could do. However, today was different. The infinite darkness in his dreams suddenly turned red, giving Wang Zhong a pleasant surprise. The torment he experienced from his ailment had already rid him of any fear of death. Now the only thing he feared was to be alone. The color around him changed once again, from red to orange… then to yellow. Wang Zhong was extremely happy at this sight. His quiet world had finally gained some color. Others may disdain such a matter, but for Wang Zhong, this had brought him much joy.

His surroundings stopped at the color purple, as if it had been a blossoming rainbow. From the very core of these colors appeared a figure.

It was a… small, brightly colored clown!

The little clown seemed particularly happy. “Hi hi. Child, I am your envoy of fortune, the handsome Simba! The peerless Simba! The powerful Simba!” The little clown somersaulted three times in the air before landing in an exaggerated pose. Of course, he hadn’t forgotten to swing his onion shaped hair around as he pulled out a beautiful rainbow.

“Simba? That sounds like a puppy’s name.” Wang Zhong couldn’t help but laugh. Most children would react in the same way should they see such a little clown, let alone Wang Zhong.

The little clown’s face suddenly spun down. “What puppy? I am the Fate Trickster, Simba. I play tricks on fate and there’s nothing I can’t do. Child, you have encountered something great!” 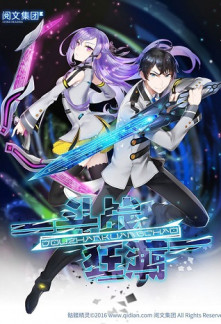