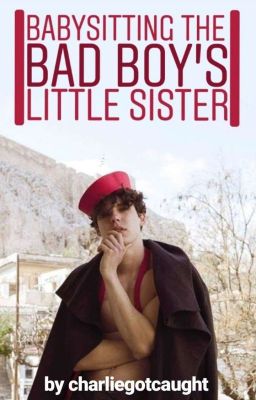 Highest Rank: #1 in Teen Fiction (21/Sept/2016) ♡ Completed (30/Aug/2016) ♡ Catherine is a teenager who has recently lost her parents in a car accident. Her life is mostly about high school, work and taking care of her little brothers. Having her best friend by her side makes her think that maybe life isn't treating her that bad after all. After a fortunate meeting and babysitting of a little girl, Cat's life seems to be changing for the better. She meets new people, makes new friends, loses a couple as drama can't be gone for ever... Add a bit of romance and there you have it! ⚠ WARNING: Some people say it's cliché and kind of fast paced. Don't say I didn't warn you! Copyright © by charliegotcaught ~~~~~~~~~~~~ @Gabymc Literally one of the best books I have ever read on Wattpad. Not even joking! @tmnt_girl_2003_bae I have never been as excited to see someone update like I was with this book. It's amazing from the writing to the plot. @Caelen_Rachel I've read a bunch of books on Wattpad and this is by far one of my favourites! I love it so much! I always got so excited when I would get the notification for a new update. It made me so happy! :) @Ender_Invinica This book is AWESOME! I really love it, from the plot to the personalities. This one is one of the BEST books I've read :) @KatWritesReadings So much action it keeps the readers reading ;) ¦Less important rankings¦ #1 in Frozen (21 Sept 2018) #1 in Babysitting (21 Sept 2018)