This is a small village surrounded by hills and mountains, the scenery is breathtaking. The village’s surroundings is filled with the abundance of flora and fauna. Even the quality of the air here is fragrant beyond comparison.

Sitting atop of a hillside, was a little boy, roughly about five years old. The little boy was frail and weak, with a very thin physique. Currently the little boy was in a daze. If anyone was to look at the little boy at this moment, they would be flabbergasted! He could be considered considerably good looking, with that delicate small face and a pair of beautiful black eyes, but in this instance, the sorrowful expression in his eyes was not fitting for his age. It was a look that no ordinary five years old should be able to emulate.

“It has been five years.. Why did I appear in this world? This world and my original world are drastically different, I’m even unsure of what era of history this place belongs to, the only thing I know is that this continent is called Kyushuu.

“Everyone in my current family has the capability to practice martial arts. Why is it that I am a useless trash that is unable to cultivate?” Qing Shui mumbled. The moment there were any hints of strenuous exercise, he would get exhausted, have to gasp for air, palpitations in his heart and even fall unconscious!

“I was originally playing Western Fantasy [1] with my cl*mates. How on earth did I suddenly end up in this world!?”

“Qing shui! Qing Shui!” The voice of a woman sounded. Upon hearing it, Qing Shui gradually recovered from his melancholy and regained the bright-eyed naive look of a 5 year old child.

“Mum, I am here!” After he said that he waved his hands and quickly ran towards a woman who excluded a charm that was distinctively different from any ordinary village women.

“Child, why did you travel so far to play? If you want to go that far in the future, let me accompany you, alright?” Holding his hands, the woman smiled with a tender look in her eyes as she gently berated Qing Shui.

Qing Shui felt warmth in his heart. When he came to this world, he was still a fetus developing inside the woman’s body. Now that five years had p*ed, Qing Shui was uncertain of the exact reason, but he no longer thought of things as before. He knows that this woman really feels affection for him, other people treats him as trash, but she’s the only one in this world that treats him like a treasure!

Since his birth, Qing Shui had not seen his father. From infancy till now, it had always been this gentle and graceful woman before him that was responsible for his upbringing.

As a result, Qing Shui followed the surname of his mother. His mother is named Qing Yi, belonging to the Qing Clan. The Qing Clan in the Qing village, in this remote region, was considered the absolute authority. The Qing Clan was the most influential family within a 100 li radius because of their connections, as well as their secret family martial arts techniques that were p*ed down generation after generation. The Qing Clan could be considered as the only family that could rival the top three great families in Hundred Miles City!

As a result, in this remote region, no one could afford to make an enemy out of the Qing Clan. Qing Shui knew all of this because, in these five years, while the other kids in the family practiced martial arts, Qing Shui was the exception. Therefore, he had plenty of free time on his hand and thus, paid more attention to the information flowing around.

Even the commoner kids would practice some form of inferior martial arts. Even in his past life, Qing Shui also had the mentality and wish to become a top-tier expert that possessed heaven shaking and earth shattering strength, able to sweep humanity off its feet.

The chance had finally come, he was reincarnated into a different world. However, he turned out to be a trash that could not cultivate! As he thought of this, he covertly glanced at the beautiful lady by his side. Qing Yi was also gazing at Qing Shui comp*ionately but there were hints of doting, hope, and a sense of unfairness for Qing Shui in her eyes…

As he glanced at the hope in her eyes, Qing Shui lowered his head. He was afraid that Qing Yi would be disappointed. All parents in this world would want their child to achieve something outstanding in life, it goes without saying, no parents would ever want their child to be a trash! However, looking at the current circumstances, Qing Shui was afraid that he would have no choice but to disappoint his mother.

In the last five years, the one that fed and clothed him was this woman. This woman whom which he calls mother, Qing Shui was very afraid that she would one day leave his side.

“Qing Shui, are you hungry? Even if you go out to play, you still have to remember to eat your meals!” This woman had always been intellectual and caring, possessing a demeanour akin to an angel. This made Qing Shui feel that his mother was not ordinary, initially he thought that people respected her because she is the daughter of the Qing Clan’s grandmaster, but it seems that this was not the case.

“Mother, am I useless? Other children can practice martial arts, but I am unable to.. Will you eventually become the same as them and think of me as trash?” Qing Shui whispered, his expression somewhat holding back tears.

Qing Yi felt her heart shuddered with pain, the weight of her hope was pinned onto this child’s shoulder. However, this child was unable to cultivate, her hope was destined to be extinguished. One cannot have everything they want in life. Forget about Qing Shui accomplishing anything outstanding, as long as he can live a carefree and happy life, she would be extremely satisfied!

Such heartwarming and affectionate actions were quite common between them, Qing Shui was quite used to it. He felt extremely blessed, no matter what, there is still someone who love him. With regards to those who calls him trash or looks down on him with contempt, what does that matter? He just could not help but feel sorry that he had not met Qing Yi’s expectations.

Qing Clan was located at the most northern site of the Qing Village. Over there, everywhere within a radius of about 10 Li [3] was all populated by the Qing Clan main and branch families. Currently the clan master of the Qing Clan, Qing Luo was already a hundred years old, but due to him being at the peak of Houtian Stage, he still looked like a middle aged man. Humans at the peak of Houtian Stage had a life expectancy of two hundred years, as compared to normal humans who only had a life expectancy of a hundred and thirty years.

Qing Yi is the youngest daughter of the Qing Clan’s clan master. The clan master had a total of four sons, and a single daughter. Qing Yi was the only daughter, not only that, she was also the youngest child. Needless to say, she was the apple of his eyes. The Qing Clan, currently collectively had about twenty plus grand children, one could say that Qing Luo was very contented. He would always smile genuinely from his heart even when he interacted with Qing Shui. There were countless talented geniuses within the two later generations, so even if there was an addition of one more genius, or one more trash, it didn’t really matter much in his eyes. Furthermore, Qing Shui was the son of his precious daughter Qing Yi, even if he could not cultivate, as long as he could peacefully live out his life, Qing Yi would also feel re*ured. And as such, Qing Luo was very protective of Qing Shui.

Located within the Qing Clan, there was an enormous courtyard. This courtyard an extremely important place in the Qing Clan. As both Qing Yi and Qing Shui entered, they could see the grandsons and grand daughters of the Qing clan boisterously practice their martial arts, everyone of them was akin to a ferocious tiger cub!

Qing Yi could see the sadness in Qing Shui’s eyes so she silently sighed. This child at such a young age, had such a unyielding personality that seeks strength, it may be a curse instead of a blessing..

She gently guided Qing Shui into her embrace, unwilling to let him see the children that were currently practising martial arts!

But all her actions were futile, because at this moment, sounds of ridicule and contemptible laughter targeted at Qing Shui rang out. This sensation was even worst than being directly called trash! 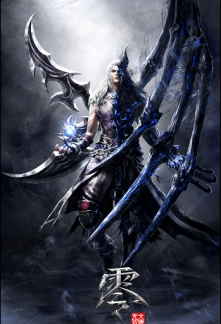