It was a serene Saturday morning, and Zhao Yao was headed for sterilization… Sterilization of his cat.

The cat in his arms was a yellow Li Hua, also known as a Dragon Li, a breed of Chinese domestic cats. Its furry head, back, and limbs were coated with yellow-orange patches.

As for its chest and belly, they were large areas of silky white fur. The tip of its four limbs was snowy white as well, and it was said that its glove-like white paws have a seductively charming effect on girls, it will interfere with their brainwaves and trigger cries of delight.

This Li Hua might be a male, but with its huge eyes, it appeared s*y and feminine.

At this moment, however, this Li Hua was shrieking its lungs out. A large proportion of family cats prefer to stay at home, even if it was for all their lives. Moving or getting out of the house, to them, was an extraordinarily daunting or even terrifying task. Zhao Yao could only offer helpless words to try and calm the Li Hua.

Meanwhile, outside the atmospheric level of the Earth, a shooting star whizzed past the sky, gradually flying towards the Chinese sky. Exuding a weird lighting, the shooting star seemed to be relentlessly sending beams of light at its surroundings.

“According to the records, you haven’t been here before. You’ll have to fill in the particulars card.” The young nurse at the reception replied, handing Zhao Yao a card.

Upon completion of the card, the nurse took the cat from its bag over for inspection, “Ooooohhh!”

“What adorable paws you have!” Exclaimed the nurse while she prepared to weigh Matcha.

Back above the atmosphere, the shooting star sped across the Chinese sky and towards the Pacific ocean. Wherever it p*ed by, cats all over jerked with great vitality, and their eyes gleamed with bright sparks, comparable to that of the shooting star.

At this instant, Matcha bolted, out of the blue, and out towards the door.

The young nurse shrieked a little, and Zhao Yao chased after Matcha with plenty of agitation.

Zhao Yao was unfortunately too slow, and was unable to reach Matcha’s body; he could only grab its tail.

With its tail caught, Matcha let out a whimper, and out of reflex, turned around and gave Zhao Yao a bite on his hand. Within a blink of an eye, a fresh wound appeared on Zhao Yao’s hand and with the sudden pain, he could only loosen his grip on Matcha.

Perhaps he knew he was in trouble, Matcha stopped his escape, curled up his body and looked at Zhao Yao with a certain unease.

Zhao Yao held Matcha up, bellowing, “Foolish cat, why did you bite me? Trying to rebel, eh?”

Matcha’s eyes glowed with a shimmer of light, the traces of blood on its teeth have disappeared completely.

Zhao Yao felt giddy momentarily and looked down to check on his wound. Stunningly, however, he saw no wound whatsoever on his hand, clear of any blood or bite mark.

The nurse at the side took over Matcha, “Good cat, everything will be okay, don’t be nervous!” She then placed him on the surgery table to weigh him.

This sound shrilled in Zhao Yao’s ears. This sound, however, wasn’t just a cat’s meow. Somehow, it could be interpreted and understood conversationally.

Zhao Yao, stunned, focused his gaze on Matcha, and bewilderedly uttered, “This… This…. This cat spoke!”

“Mr. Zhao, you’re fine right?” The nurse asked out of concern and bewilderment.

The nurse raised her eyebrows and shot Zhao Yao a skeptical look.

“You understand me? Meow~”

Zhao Yao’s mouth fell wide open, looking at the responseless nurse, and back to Matcha, asking, ‘You understand what I’m saying?’

“I understand, understand! I want to go home, bring me home, boohoo.”

The nurse at the other side, in the presence of Zhao Yao talking to his cat, turned around and felt that Zhao Yao was awfully weird.

Having got bitten by a cat and a wound which healed instantly, a talking cat who was pleading for his balls, a homesick cat, everything was unbelievably ridiculous, and Zhao Yao felt that he should go home immediately to figure all of this out.

Disregarding the nurse’s weird looks at him, Zhao Yao quickly grabbed Matcha, stuffed him back into the bag, and made a light sprint out of the pet hospital.

Back in the rented apartment, Matcha was back to his familiar environment and was able to relax immediately. He lied down on the counter and started licking his snowy-white paws, eyes closed in enjoyment, and an expression full of ease. To a cat, licking its fur and grooming itself was an extremely appropriate method of relaxation.

Right in front of the counter was Zhao Yao, staring intently at Matcha, and tried to incite a response, “Can you still talk? And what else?”

Matcha looked up immediately, and his expression was one which was pure and sincere, and with his big eyes meowed, “Of course, meow!” and stood up halfway, “what do you want to play, boss?”

“Sigh, well… Playing can wait.” Zhao Yao scratched his head, and confusedly muttered, “When did you know how to talk?”

Matcha thought for a moment and replied, “It was today when I bit boss. All of a sudden I felt my brain become so much more awake. From then on, I could communicate with you boss, meow~.”

Doubt was written over Zhao Yao’s face when he looked at Matcha’s sincerely innocent face.

Matcha didn’t seem to regard the situation the slightest bit strange, and jumped right into the arms of Zhao Yao, closed his eyes and lied on Zhao Yao’s chest, ‘Play with me!’

Looking at the childlike talking Matcha, Zhao Yao scratched his head, and let off a joyful snicker.

“Come to think about it, you’re only one year old, equivalent to a 5-year-old child.’ Zhao Yao’s lips curled into a slight smile, ‘Still a child, which isn’t so bad after all.”

Zhao Yao, full of lethargy, opened the doors of his apartment, conveniently took off his clothes and slumped onto his sofa.

The rented flat he was staying in might only be 30 square meters, but the renovation and furnishing were complete as the previous owners were newlyweds. Also, it was very close to his workplace, alleviating him from any transport woes regardless of work time. Although the rent was not cheap, it was, to Zhao Yao, worth every penny.

Seeing Zhao Yao lying down, Matcha climbed to his side and rubbed his head snugly against Zhao Yao’s arms, a sight which was warm and intimate.

Zhao Yao smiled and stroked Matcha’s head, with the latter expressing an elated expression all over his face.

At this moment, the phone on the sofa was pushed over by Matcha. 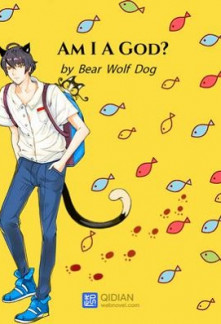