What’s going on… How is it that I have not died? I vividly remember that I jumped off Cloud’s End Cliff, how can I still be alive! Somehow my body is not in pain… And I do not even feel the slightest discomfort? How is this happening?

Yun Che suddenly opened his eyes and quickly sat up. He found himself in a comfortably soft bed, with a red banner hanging above him, rendering a festive atmosphere.

A girl’s gasp of surprise was heard from his ear and the same girl appeared in his line of sight.

At a glance the girl dressed in green looked to be 15 or 16 years of age. She was as fair as snow with charming rosy lips and a delicate nose. A touching look of deep surprise was expressed by eyes as clear and transparent as a pool of translucent spring water. Her face exuded a dazzling gentleness and softness. At this young age, she already exhibited such charm, who can possibly imagine what sort of beauty she would be in the future.

The fair girl lifted her jade-like hands onto Yun Che’s forehead and relaxed soon after. With a joyful expression, she spoke: “How delightful; your temperature is almost back to normal. You nearly scared me to death. Xiao Che, are you okay? Tell me if you feel uncomfortable anywhere.”

In the face of the girl’s eyes that filled with deep concern, Yun Che woodenly shook his head. He stared openly into space with a vacant gaze.

“Rest here for a while, I’ll go and tell your grandpa that you’re awake. Today is your day! When you fainted, your grandfather almost went crazy and personally went to find Dr. Seto for you.”

The girl was in such a rush that she did not notice the abnormality of Yun Che’s current state. She pushed Yun Che’s shoulders, signaling him to lie back on the bed and hurriedly left.

As the door shut Yun Che sat up on the bed, hands clutching his head.

This was one of the cities in the far east located in one of the Seven Empires of the Profound Sky Continent — Floating Cloud City. And he was the only grandson of the fifth Elder in the Xiao clan — Xiao Che! He had just turned sixteen this year.

That was his current identity.

Suddenly, his memory overlapped with Azure Cloud Continent’s 20 or so years of memory and he burst into confusion.

If I am Xiao Che… Then why do I have memories of Azure Cloud Continent?

Is it because I traveled to this body after I died in Azure Cloud Continent?

No! I am obviously Xiao Che! This entire room is familiar to me and I clearly remember all the events of my childhood. Everything from my memory was from personal experience and there is no way I would steal another’s memory!

Then was everything from Azure Cloud Continent all just a dream? Was it only after I jumped off Jue Yun cliff that I truly woke up?

But the memories of living in Azure Cloud Continent were as clear as day.. How could those twenty-four years of love and hatred be only just a dream!

What the hell is going on?

Yun Che… The now Xiao Che stilled for a long time as he slowly calmed down and settled his thoughts.

It was still early in the morning and the sky has not fully brightened. Today was his and Xia Clan’s big wedding day. Two hours ago he was woken up by his Little Aunt and put on his red wedding robe. He ate the porridge his Little Aunt personally made and lost all the strength in his body. He did not remember anything that happened after that.

He did not wake up until now.

A strange smell came from his lips and Xiao Che’s lips tucked slightly. His expression darkened.

This is….. Murdering Heart Powder!!

In those years that he lived on Azure Cloud Continent, with the Sky Poison Pearl in his body, Yun Che learned about all the poisons present in the entire world and it could be said that there is no poison he was not familiar with. He could identify a poison’s name and effect with just a whiff. At the same time, because the Sky Poison Pearl, he was impervious. He could not be hurt by any poison, no matter how toxic it was.

Murdering Heart Powder was made by combining a unique soul gr* and the purple striae from a cherry-apple tree. If dissolved in water, the poison is colorless and tasteless. A person would lose his life ten seconds after the poison entered the body and nobody would know the cause of death for it was also a traceless poison.

Xiao Che’s eyes clouded over and instantly understood what had happened.

In fact, he did not really faint but instead he drank the porridge containing the Murdering Heart Powder, but was poisoned to death! He was born in Azure Cloud Continent but after he lept off Jue Yun cliff…. he was actually reincarnated in this world inside a dead body!

If one were to hear this, it would sound like it came from one of the stories in Arabian Nights but that was the only reasoning Xiao Che could imagine!

Wait a minute…. if it really was like that, then this body should have no antitoxin ability. How come he was safe from the Murdering Heart Powder on his lips when the previous body’s owner died not too long ago?

A slightly strange feeling came from the palm of his left hand. Xiao Che lifted his left hand and was surprised to find that there was a circular green imprint on his palm.

This shape, this color, this size…. was clearly the same as the Sky Poison Pearl!

As his voice dropped off, the green mark on his palm suddenly released a green light. Immediately, a slight dizziness came over him and he unconsciously closed his eyes. When he opened them, his entire world was flooded in green.

If there was a way in, there must be a way out.

Xiao Che closed his eyes, and concentrated his thoughts. Suddenly, the world of green hastily dissipated, and when he opened his eyes again, in his vision, was the room he was familiar with.

Staring at the faint green mark in his palm, Xiao Che slowly smiled… Even though it was not known why this ridiculous event occurred, not only had he reincarnated, but also retained memories from both lives. Maybe, even the gods couldn’t watch the suffering of the two lives, took pity, and gave him a chance to live again!

Yun Che was the victim of persecution from Azure Cloud Continent’s countless strongest individuals. Although he died in the end, he shook the world by himself; how awe-inspiring and astonishing was that! However, his body right now, was only average…… no, speaking without restraints, it could be considered the epitome of weakness.

In Profound Sky Continent, profound strength was most important. Although Xiao Che was born in the Xiao Clan, and was even the grandchild of the strongest Fifth Elder Xiao Lie, his profound power was still at level one in the elementary profound realm, even though he is already sixteen. He started training his spirit power when he was seven and half, entered Elementary Profound level one at the age of eight, and then didn’t improve for an entire eight years. He was mocked by all of the Xiao Clan. Afterwards, Xiao Lie invited Floating Cloud City’s top cl* doctor Dr. Seto to examine his body, and shockingly found that Xiao Che was born with damaged profound veins. The damage was so severe that it was almost impossible to recover from. In this state, Xiao Che would stagnate at first level of the Elementary Profound Realm, and could never improve further no matter how hard he worked.

Even if he trained with his life on the line, he would stay at first level of the Elementary Profound Realm his entire life. This kind of person was unquestionably the lowest existence in the Profound Sky Continent, and was a total laughingstock within the Xiao Clan. If not for for his grandfather Xiao Lie being the strongest in the Xiao Clan, who also could even be said to be the strongest in the Floating Cloud City, no one would bat an eye against him.

Xiao Clan was one of the three major families that trained in the ways of the Profound in the Floating Cloud City, and has limitless strong entities. In the large number of youths coming forth from the same generation, Xiao Che can be said to be an unnecessary existence. Even if he died some day, not many except a few would care. But there were some today that actually tried to murder him using the extremely hard to get and expensive Murdering Heart Powder. Xiao Che clearly knew the reason why now.

Because today was the wedding day between him and Xia Qingyue.

Xia Qingyue being the same age as him, was also sixteen. However, at such a young age, her profound strength was stated to have reached the tenth level of the Elementary Profound Realm, almost breaking out of the elementary level and stepping into the Nascent Profound Realm. She was the only one in a hundred years that has reached this level of profound strength at the age of sixteen in the Xia clan. There are even rumors that, if she continued to develop this way, a few decades later she would be the first person in the history of the Xia clan to ever step into the Earth Profound Realm…… or may even be able to reach the Sky Profound Realm that no one in Floating Cloud City had even thought of reaching in the past few centuries!

This pinnacle of a girl with both intelligence and beauty in the Floating Cloud City, was actually marrying the generation’s most worthless youth with no future at all. Who knew how many people were stomping their feets in anger and jealousy…… This was wholly a case of a dazzling lotus flower planted on a pile of manure that no one would even bother to look at.

The ones that had unrequited love for Xia Qingyue of course held both extreme jealousy and hatred towards Xiao Che. Even more were unwilling to give up…… and would try to **inate him by poison. As the current Xiao Che thought about it, this situation didn’t seem to be bizarre at all.

“Women are really the root of troubles.” Xiao Che got off the bed, stood up, and soliloquized. But as he thought of the beauty and charm of Xia Qingyue that could tip over a whole city, he opened his mouth and laughed heartily: “Still, I get to marry such a bride, this really was a good beginning.” 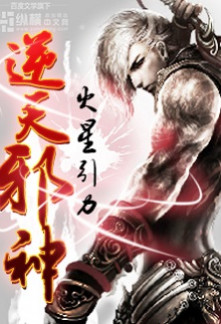