“Did you know? Reportedly some time ago our Bai family’s first miss was having an affair with a stranger outside and that she was caught by the second miss red handed during their act. To make it more scandalous, the first miss even turned the whole thing around and blamed her younger sister for framing her. Can you believe that? The second miss even cried on the spot when it happened.”

“Speaking of the first miss, don’t you think her fate’s simply too good? Despite being a useless person, she still managed to become the fiancée of the second prince, yet she still cheated on his highness when the prince didn’t mind her uselessness!”

“I know right? It’s bad enough granted she lost her chastity, but the lady even went and got herself pregnant! With all that ruckus going on outside, the royal family’s face is practically dragged through the mud because of her.”

“I also heard that in order to compensate his highness, our Bai family had to betroth the second miss to him. And did you know? The second miss is so forgiving that she’s trying to persuade his highness into taking the first miss as an extra concubine. Tell me, as a woman who lost their chastity, do you think she is deserving to be the second prince’s woman?”

Seated in her bed, Bai Yan gently caresses her still flat abdomen. Towards the boisterous discussion coming from the outside, there’s no emotion in her eyes, only the calm that can be found in a rippleless pond.

Three months ago when she first came to this world, a time where she’s still unfamiliar with her environment, her good step sister Bai Ruo had arranged a very fine and ugly man for her without permission.

Despite clawing her way out from under the vile man’s grasp, she eventually failed to resist the aphrodisiac in her body and had to rely on a random man she found in the wild to relieve its effect.

Even if there were only her alone in the forest by the time Bai Ruo arrived at the scene, the marks on the body were evident enough of what happened.

In Bai Yan’s mind, a pair of bloodthirsty eyes belonging to that stranger suddenly appeared, clouding her vision like a haze of fog. It’s unsure if it’s due to the drug or that it’s too traumatic, but she simply couldn’t remember the face of that man…

“Sister,” a familiar voice pulls her back to reality.

Raising her head, Bai Yan was welcomed by the figure of a handsome and elegant young man walking through the door.

From the memories she inherited through the original host of this body, Bai Yan can tell the boy was called Bai Xiao, her younger brother. Born of the same mother, he’s the only person left in this world whom she cared for.

Years ago after their biological mother Lan Yue p*ed away, their birth father Bai Zheng Xiang immediately raised one of his concubine’s status into the main wife. As a result, that woman named Yu Rong (step mother) and her two daughters – Bai Ruo and Bai Zhi – instantly rose over Ban Yan and her brother in terms of status within the family. If not for their mother’s maiden family, the Lan household still being around to act as deterrence, the two of them – mere orphans at that point – would’ve been left with nowhere else to go.

However, all things will change following the p*age of time. Nowadays there aren’t a single soul left who still remembers the main reasoning behind the Bai family’s success had in large been due to the Lan family’s support.

Back then the chief of the Lan family had refused to let his daughter marry into the Bai family because the man had already taken in several concubines under his name. Sadly, Lan Yue threatened to sever their father and daughter relationship, thus forcing Lord Lan into agreement.

In order to not allow Lan Yue suffer any grievances in this marriage, the Lan family had prepared a wedding dress that stretched over ten Li’s in length, leading to a sensation across the city. Then to top things off, the Lan family also broke their coffer to purchase countless medicinal pills to act as dowry for Lan Yue.

But who would’ve guessed things would turn out so horribly not long after. Unable to resist the sweet honeying words of her husband, the foolish woman went as far to submissively give away those precious medicines that her own family gave her. As a result of this endeavor, Bai Zheng Xiang was able to directly break into the “Sky Rank” with the aid and propelled his Bai family into a first-rate noble household.

It can be said the prestigious status of the current Bai family was the result of Lan Yue’s sacrifice.

If Bai Yan herself – the current her – can feel such outrage, it’s not hard to imagine how angry Lord Lan must’ve been over the years to go as far as to distant himself from his daughter.

Simply said, the man had truly been hurt by his own flesh and blood.

“Sister.” Bai Xiao appears to be struggling to speak, “don’t be too sad, it’s the second prince’s loss for breaking off the marriage with you. I’ve long noticed the unusual gazes coming off of Bai Ruo and the second prince. The relationship between them can’t be normal.” 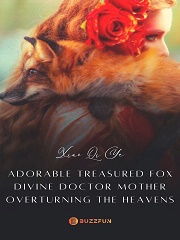