Lin Fei felt himself flying through the air. His body was falling rapidly before he finally hit the ground. He felt horribly groggy, and a shrill noise of car’s brake rang in his ears. At this time, he found himself failing to open his eyes; his remaining subconsciousness could only register the chaotic noise that surrounded him.

“Hurry, call the police. There’s been an accident.”

In the infinite darkness, Lin Fei thought he had witnessed a ray of light. Suddenly, he woke up wide-eyed as though he had been startled by a nightmare. His chest rose and fell as he panted for breath. He was still terrified inside.

“Where is this? The hospital?”

Lin Fei quickly checked himself as he remembered being flung into the air by a vehicle that was moving at a high speed. He found himself lying on a big, soft bed, wearing loose-fitting pajamas. There was also no or injury on his body.

‘How strange. I was thrown into the air by a car, how am I not injured at all? Besides, even if I was not injured, I should be in the hospital. Is this the hospital?’

It was only until now did Lin Fei raise his head to examine the room. It was a spacious room, even the bed was draped with ornate. The vast blue sky outside of the window was visible through the thin fabric.

However, gradually, Lin Fei realized something was wrong. There was no light nor air conditioner in this place. Anything electrical was not to be found.

There was only a writing desk, a high stool, and a round stool. Some books bound with a string were placed on the writing desk, as well as a candlestick with three unfinished candles.

Surprised, Lin Fei hurried to the m*ive mirror in the room. An unfamiliar young face appeared in the mirror; tall nose, a long face as pale as a sheet of paper, long black hair, and a pair of uncommon blue eyes.

The reflection in the mirror was no longer the face Lin Fei was familiar with!

Lin Fei mumbled as he plonked himself down on the bed. Immediately, an excruciating pain burned his head, accompanied by unfamiliar memories that came flooding his mind.

Lin Fei hastily put these unexpected fragments of memories into order. This world he had p*ed through was a backward one, somewhat similar to the Western Middle Ages which was ruled by several kingdoms. He was currently situated in a middle-sized city named Blackwater, under the rule of the Kingdom of Light.

Merlin’s father – Old Wilson, was a lord. Even though his rank as a baron was lowest in the nobility social cl*, he won the title by shedding blood and tears in battles. He joined the army when he was young and performed his service for twenty years. He also accomplished brilliant achievements in the battle when the Kingdom of Light sent troops to suppress the heretic Kingdom of Blackmoon in the east.

After being discharged from active military service, Old Wilson was conferred upon the title of Baron by the king alongside a piece of land of a favorable size. However, Old Wilson preferred to live in the city, hence, he only visited the fief when it came for time to collect taxes.

Merlin regained great memories of Old Wilson, but his recollection of his mother was not clear. He only remembered vaguely that his mother was an easterner who sought refuge from the Kingdom of Light, and that he has inherited his black hair from her.

However, his mother p*ed away not long after giving birth to Merlin. Therefore, even Merlin himself could not recall her appearance.

Just as Merlin was still immersed in his own memories, the knocking sound on the other side of the door sent him dashing to his bed as he called out, “Come in!”

The door to the bedroom was pushed open gently. A servant girl dressed in a gray uniform walked in with a change of clothes. “Young Master Merlin, this is your clothes for today,” she said softly.

Memories gushed into Merlin’s mind at the sight of this servant girl. This was his personal maidservant named Lucia.

“Alright, leave them here, and off you go,” Merlin replied.

Lucia, who had kept her head low all the time, finally looked up at her young master. Her skin was fair with slight freckles, but that did not affect her beautiful appearance.

Merlin nodded. “Okay, I’ll be down in a minute.”

Lucia bowed slightly, lifted her dress, and left the room without a sound. Finally, Merlin rose from his place and put on the change of clothes that Lucia had left on the desk.

The comfortable white shirt was most probably made out of cotton. It was evidently purely handmade as there was no trace of it being sewn by a machine. After putting on the black coat, Merlin scrutinized the person looking back at him from the mirror. Apart from the expression in his eyes and the slight resemblance from his past life, everything else was completely alien to him.

Merlin left his bedroom for the hall downstairs and noticed his sister Macy sitting on the chair in poised, albeit with a face full of annoyance. Evidently, she had been waiting for a long time.

“Hurry up, Merlin. We don’t want to be late to the church again.”

Merlin asked as he sat down on the chair. His eyebrow raised in confusion as he genuinely had no idea where they were supposed to go. Although he had retrieved much of Wilson Merlin’s memories, a major fragment of it still remained unearthed.

Macy widened her eyes but refrained herself from hitting the roof. She lowered her voice and explained, “Merlin, cut it off. Although father has left to collect the taxes, he made it clear that it’s obligatory for you to receive training from Swordsman Pero at the church every day.”

Merlin listened in silence. That one sentence that Macy said had revealed a great deal of information. Old Wilson had left for his landholdings and would not return for a while. This meant that, at least for now, he would be spared from being exposed by Old Wilson before he completely regained his memory.

Merlin replied without much enthusiasm. He then picked up the cutleries and started on his breakfast.

It was bread, milk, and some really thick wheat gruel which tasted delicious. It had given Merlin his appetite and soon he gulped down three small bowls.

Merlin finished his meal quickly and patted the corners of his mouth clean. Then, he began examining Macy.

Macy was born by the eighth lady of Old Wilson whose name Merlin could not exactly recall.

Macy, who had not realized herself being put under the scrutiny of her brother’s eyes, urged. “Let’s get going, we’re running out of time. Swordsman Pero is a rather strict man.”

Therefore, Merlin and Macy hurried into the carriage that has long awaited them and finally left for the church. 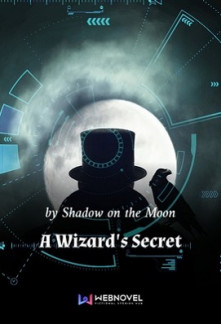 Shadow On The Moon