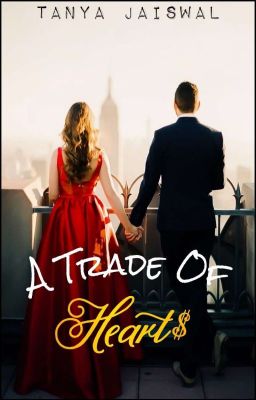 A Trade Of Hearts |✔

Hate at first sight, revenge at next and then comes total chaos! ∆∆∆ "The ones you love the most have the power to hurt you the most." Vanessa Catherine Hudson at twenty-four is more familiar with this statement than she'd like to be. The tabloids would say that she has it all, until someone looks at her from her own looking gl*. With bitter memories of an incident that changed her life for the worse, she returns back home to New York, after three long years, with just one goal: She has to become the next CEO of Hudson Enterprises...then things get complicated. This complication's name is Adrian Greys, CEO of Greys & Co. by day and playboy by night. He is ambitious, arrogant and has quite the temper. He is certainly not the type one should mess with. He looks like just another rich brat who inherited his father's legacy but is there more to those moody blue eyes? So what happens when Vanessa decides to put the haughty 'playboy billionaire' in his place? Afterall, what can go wrong... ...except everything? |#1 in Love| |#2 in Romance| |#1 in Billionaire| |#1 in Chicklit| |#1 in Drama| |#1 in CEO|