It was was a bit cold in early autumn at M City.

Walker Quine was sitting in the dim living room. He could see the man smoking on the opposite side as long as he looked up. They had been sitting like this for two hours. The man’s face was completely hidden in the dark, and the cigarette butts on his fingertips occasionally lit up, which faintly outlined. His sharp profile from his chin to his nose.

Walker was cold all over. He felt his heart was being stabbed, but his voice was still calm. He said, "What do you think about that?"

"There is no need to think about it?" The man's voice was husky. Walker shuddered as the man’s sound p*ed by his ear. Now, Walker sadly found that he still could resist Clyde Winters at all, while Clyde had made a decision for this negotiation. He said clearly, "Walker, three years have p*ed."

The elders decided this commercial marriage. Walker and Clyde had been married for three years. They agreed at the beginning that they would break up after three years.

And Walker always thought about the promise of three years... He squeezed his numb fingertips hard and he felt like he had missed a stair.

Walker always thought that he could warm Clyde after three years.

But it turned out that Clyde was just as cold as his name, and he didn't give Walker any chance. Regardless of Clyde's strong and solid background, he himself was a top Alpha. He was free of being affected by the Omega pheromone. Otherwise, Walker's mint fragrance would not have been ignored till now, which gently filled every corner of the room. But for Clyde, it was not different from the Omega pheromone outside.

Clyde seemed to be born unfettered by emotions. His eyes were always staring at the vast sky. Walker tried his best to leave his shadow in Clyde’s eyes but in vain.

At this moment, there was the divorce agreement on the table. The property distribution was very reasonable. Clyde would not take advantage of Walker. Of course, Walker would not be given any special treatment because he was an Omega. Clyde was sensible and indifferent in everything to an almost harsh extent.

Clyde's "Three years have p*ed" kept echoing in Walker's mind. Clyde was urging him. He was full of anger and disgust or this failed marriage. He might happily have a drink after divorce. When Walker thought about this, he smiled bitterly. He was not a pleasing Omega. Normally, Omega had a soft body and gentle voice. But he showed up at major business occasions all day long. The rumors about him from the outside world were not pleasant. Maybe Clyde had had enough of that.

Three years have p*ed. Walker turned on his phone and looked at the divorce agreement with a faint light. There was no Clyde's signature on it, because Clyde had the final announcement right. He would find a suitable opportunity. Maybe it was because of the light, Clyde felt that the corners of Walker's eyes were a little red. But before he could figure it out, Walker had signed his name on it resolutely.

Clyde frowned slightly. Something cold flashed over his heart but he could not catch it. He took away the divorce agreement and said in a business like tone, "It’s happy to cooperate with you." He looked down at Walker, but he couldn't see his face clearly. Judging by the pheromone that Walker emitted in the air, he seemed a little said. But they were strangers after divorce. Clyde can't say any comforting words, "By the way, according to the property division, this house should be mine."

This was the advantage of the top Alpha. They were absolutely sensible, and absolutely cold. They would not be caught by any emotions. No matter how painful the Omega was who had broken up with them, they could still be refreshed after a sleep.

Walker thought of everything that happened at that night...

Clyde was drunk, and his cedar scent was mixed with alcohol. He pushed Walker down on the bed, lowered his head to kiss Walker. Omega's saliva had a tempting sweet taste, and the fresh mint smell made him involuntarily want to ask for more. He entangled with that soft tongue slightly rudely. He placed one hand behind Walker's head and kept pressing it to bring Walker closer to him. Then he untied Walker’s shirt flexibly with the other hand and stroked the exposed skin back and forth. The smooth and delicate skin was like silk, and he couldn't get his hands off it.

Clyde didn't respond. He just kissed down the curve of Walker's neck, and his hand which was stroking the two points on Walker’s chest went backwards and explored into the gap between his two thighs. He felt that his fingers were slippery and hot. The soft hole opened and closed slightly, and it *ed his fingertips gently as if it had consciousness itself.

"...You're so wet." Clyde couldn't help but squeeze the nice buttocks, and laughed in a low voice in Walker's ear. His lower abdomen was hard and painful.

"Are you feeling good?" The magnetic and sweet male voice sounded at Walker's ears. His eardrums were slightly itchy, and his whole body was numb as if it went through a current. The sense of emptiness from the hole became clearer and he could hardly bear it.

However, before he could finish his words, Clyde had already grabbed his waist and wnt in completely.

The thick stick seemed to be directly against the most sensitive part of Walker's body, making a slippery sound of "pouch". The pleasure was so great that it swallowed all his thoughts. Walker's groan changed, as if he was experiencing something he wanted to suppress but was unable to control. The hole couldn't help twisting tighter with a little trembling, and Clyde breathed air mixed with cedar and alcohol at his ear and asked him, "Is it good?"

And now, he was so angry that he almost wanted to laugh because of Clyde's disrespectful attitude after they had *.

Forget it, he thought to himself. Walker took a deep breath, stood up and said warmly, "I will pack my things tonight and leave tomorrow."

Clyde admired Walker's attitude very much. He liked to talk to smart people, so his tone eased, "Then, take care."

"Can we not get a divorce?!" Walker almost yelled out these words, but he finally replied mechanically, "Take care." 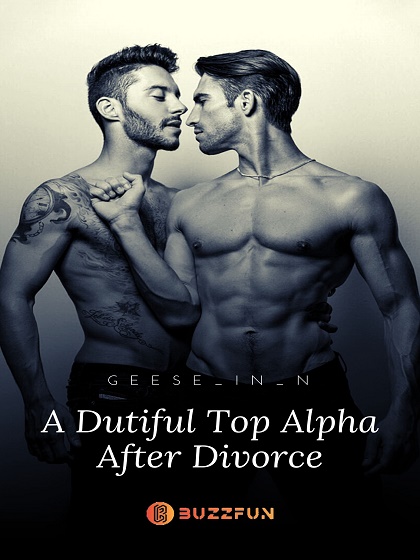