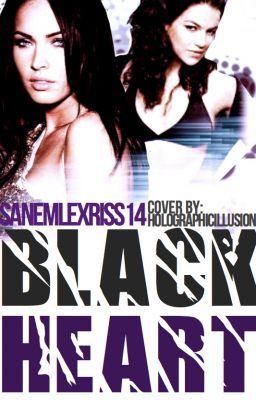 Have you ever felt so broken that you couldn't pull yourself out of bed and continue to live your life like you used to. A simple task such as tying your shoes already seems like a huge burden on your account. Struggling with yourself because everything around you doesn't matter anymore. That's mainly because she broke my heart. Who knew love could turn a person around. Who knew love would hurt this bad. Who knew love can make you feel numb. A simple word yet it has an enormous impact in everyone's life. Everything happens for a reason, and I'm not blaming it all on her, though there are things you just wish you could take back and redo because of the feeling it gave you. And because of those traumatic event, I turned into a complete opposite of me. Well, that's until I met...her. You'd think that I've learned my lesson but she's different. I'm that cold-hearted until she drop down here on earth and save my miserable, sorry *. A girl who doesn't know how to give up. A girl who's filled with happiness in a way that if you stare at her, there's this feeling you can't explain and it just lightens your mood. A girl who's friends with everyone because of her pure and innocent soul. A girl that can certainly light up a god d*mn world with her personality. ... And a girl who made me feel again. A girl who made me fall in love again. A girl who made me forget all the things that I've been through because she made my present more than just worth living, and my future to be worth looking forward to. And she made me fall in love with her harder than anyone did. Harder than anybody could. And I wouldn't mind to fall over and over again if at the end of the line, she's there to catch me.