It was a month ago when Zhang Heng first found out that he had twenty-four hours more than others.

It all started with his watch—a Swiss Tissot Automatic III *og timepiece, which was a gift from his parents who were away in Iceland for his eighteenth birthday.

It had been purchased in the most perfunctory manner from Taobao1, and then delivered by the seller. To boot, it was addressed to the wrong cl*.

Zhang Heng no longer had it in him to grumble about these two people—before he even graduated from primary school, the two immortals1 had already packed their bags and made haste for Europe to get started with a whole new life.

His parents who had met in an academic exchange conference, were both theologians—who specialized in religious and mythological studies. Naturally, in their materialism1 oriented homeland, theirs was not a popular field.

However, unlike deceitful shenguns1, Zhang Heng’s parents were the real deal: one had graduated from the University of Oxford majoring in Nordic and Greek mythology whereas the other was a Durham University graduate who had published several papers Christian mythology, proving to be quite an influence in this field.

In the end, they found themselves having trouble fitting in back home in China.

By chance, his father’s academic advisor took over a large project and was short-staffed. After a brief dialogue between the couple, Zhang Heng’s parents handed their son over to his maternal grandfather, and then left in a hurry to begin a hectic life of research that moved them all around the world.

They return home to visit only once a year, which meant that Zhang Heng spent his entire childhood with his grandfather.

Maybe because they felt guilty about it, these two immortals never deprived the old man and their young in expenses.

Excluding school fees or boarding fees, Zhang Heng’s one-year college allowance was about thirty-thousand yuan. Although not as much as what the sports-car-driving fuerdais1 get, it was considered pretty decent among the average students.

Alright, back to the main subject.

The whole thing with the watch was pretty weird. Zhang Heng had just woken up from a night’s sleep to look at the time when he noticed that the marking at the top of the dial had changed from 12 to 24.

Zhang Heng blanked out for a moment, then very calmly returned the watch to its place before drawing up his covers and continued to sleep.

An hour and a half later, his friend that slept opposite him sent him a text message to inform him regrettably, that the attendance for Further Mathematics cl* was taken.

It was not a dream?

After a ten minutes shower, Zhang Heng sat down at the desk at the foot of his bed and switched on his computer.

The first thing he did was to check into Taobao and lookup ’24-hour-dial watch prank’. The search results read—Sorry, we cannot find you’re looking for.

Was this not a prank?

Zhang Heng rubbed his chin pensively. If he turned a blind eye on the twelve extra dials that appeared out of nowhere, the time on his watch was consistent with the one on his desktop. Upon a closer look, Zhang Heng also confirmed that this twenty-four-dialed timepiece was the same one he had been wearing.

Even the scratches on the case back and creases on the strap were consistent—little details, that no one else, other than he as the owner of the watch, knew.

Of course, there were those * pranksters who would make sure the lookalikes were undifferentiable from the real thing, but who would have so much time to spare to pull such an elaborate prank? They might as well spend such skills and zeal restoring relics in the Forbidden City.

To sum it up, Zhang Heng knew that someone was messing with him.

The average person would have had a fit encountering such a supernatural event. Zhang Heng, though, was not your average joe, thanks to his immortal parents.

Most parents would coax their children to sleep with fairytales starring the little rabbit or baby squirrel. Zhang Heng’s parents, on the other hand, put their professional knowledge to use, so that that young Zhang Heng went to bed with Nordic mythologies and Bible stories.

Even though he did not waste away the nine years of compulsory education, and became a materialist, the foundation that had been established in him when he was younger remained.

He was better at accepting situations like this much better than most.

To explain using the concept of the trending boardgame ‘The Call of the Cthulhu’, his character’s Sanity points depletion was slow.

Instead of feeling fearful, he found whatever that was happening to him to be very interesting.

The normal watch had twelve dials and after the hour-hand completed two rotations, a day would have p*ed. Now, his limited-edition watch with twenty-four dials only needed to complete one rotation to indicate the p*ing of one full day.

Looking at it that way did not make it seem like a big deal at all. Once he had gotten used to it, it would feel almost natural.

But Zhang Heng believed that whoever did this would not have been satisfied with just simply changing the clock face.

His instinct told him that whatever that was supposed to happen would most probably happen when the needle completes one round.

It was about fifteen hours before the end of the day, and Zhang Heng did not plan to remain idle during this period of time.

There was no need to attend the Further Mathematics cl* since the attendance had already been taken. The lecturer that had warned the cl* that an absence would mean a deduction of five points in their final examination.

The damage had already been done.

So, he decided to go down to the park and make up for the morning run he had missed.

To his cl*mates, Zhang Heng was actually quite unique. Ever since they began attending university, the student became even wearier of getting out of bed early. This cl*mate of theirs was the only one insisting on waking up to go for morning runs. But for all that, he had never signed up for any competition during sports day, and rarely participated in group activities. He especially disliked gatherings. But once you have talked to him, you would find that he was not the arrogant person he appeared to be; in fact, you might even find this person to be quite interesting.

A rumor about Zhang Heng being multi-talented had been circulating among the girls. Apparently, someone had returned to university before the holiday ended and saw him alone in the piano room playing Paganini’s No. 3 Etude, La Campanella (The Bell), cleverly adapted by Franz Liszt from the Italian violinist’s ‘The Violin Concerto No. 2 in B minor’ to a piano solo. Written using the cyclic form, the piece was notoriously difficult to play with various new technical methods cropping up every now and then, testing the pianist’s dexterity and prowess.

Some people remarked that they had seen Zhang Heng training in the archery range, and according to his roommate, he was also a member of a certain rock-climbing club.

These were true yet also false.

Zhang Heng was not as extreme as the stories described him to be. The morning runs was a habit imposed upon him by his grandfather—he was simply used to the routine. He might be slightly faster and tougher than most people but was not nearly as good as the specially recruited student athletes.

Archery was something he had only recently decided to try on a whim. With only three lessons under his belt, he was scarcely a novice. Rock climbing, on the other hand, was one of those things you enthusiastically sign up for and then forget about almost instantly.

The piano was the only thing that he had grown up playing, but his level was only at about eighth or ninth grade. That La Campanella piece was just a recording in his phone that he had played when he was alone in the piano room. He never thought that it would get him famous.

Wherefore, the unordinary Zhang Heng was actually not that unordinary.

Regardless of whether you value it, whether you decide to spend every minute productively or play as a useless person spending most of the time in bed, every person only has twenty-four hours at their disposal—not a second more, not a second less. 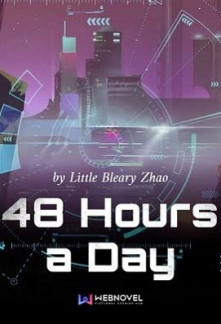