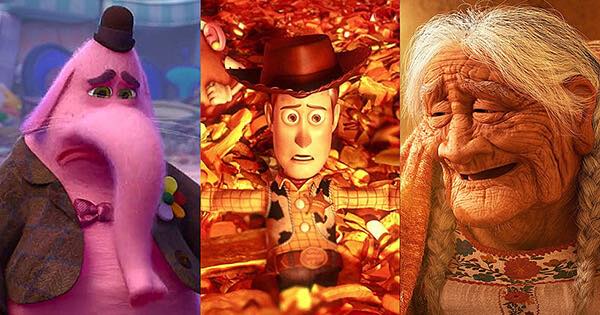 Pixar movies are full of moments that make us laugh, make us cry, or make us just want to fast forward to the end so we can see what happens.

Over the years, Pixar has never let us down. Movie after movie, there are lessons to learn, and new characters to fall in love with. Each movie has something to offer, and we fans love to dive in!

Let’s take a look at the top 10 moments in Pixar Movies that you’ll never forget and if you do, this list will be here to remind you! 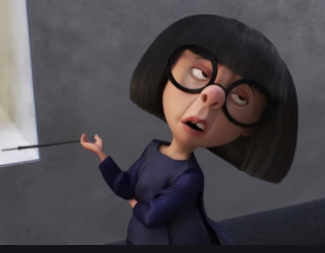 Via Rambling Ever On

Edna Mode is bold, honest, blunt and absolutely awesome. She says it like it is, and when she says, “No capes!”, she really means no capes! When Mr. Incredible asks to have a cape added to his suit, Edna immediately backfires with a montage of scenarios when superheroes died or gotten injured from wearing a cape. This montage is frightening but also so very “Edna Mode.” 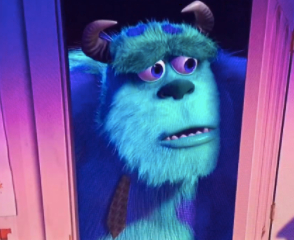 The hardest moment to watch in Monsters Inc. was when Sulley had to destroy Boo’s door so that no more harm or danger would come to her. We watch as he says his goodbye with innocent little Boo not understanding she won’t see him again... or will she? In the end, after Sulley brought peace and laughter back into Monsters Inc., Mike tells him he rebuilt Boo’s door. Watching Sulley’s face light up when he sees Boo and the film ends right before we get to see them embrace makes it seem like that moment should just be between Boo and Sulley. What a simple yet precious scene! 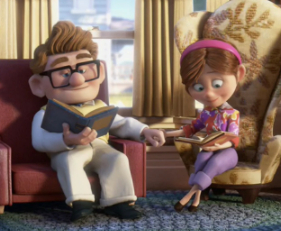 Via Oh My Disney

There is not a soul out there that didn’t at least tear up during the montage of Carl and Ellie’s love story. Watching shy Carl have his world turned upside down by spunky, adventurous and outgoing Ellie is like having your heart flipped over and over. There are so much love and happiness in those scenes leading up to Ellie’s death that by the time Carl has to walk up the hill alone, touch the mailbox alone and look out the window alone, the piano hits you so hard. That’s when the tears come.

Andy Playing With His Toys One Last Time 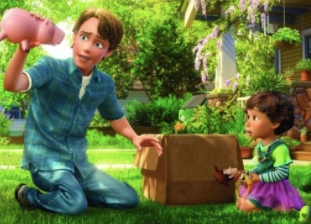 The whole world of toys in Pixar watched as Andy grew up and his toys went on so many adventures he’d never know of. But we’ll never forget that first movie, when Andy was little, playing with all his toys and loving them like they’re his best friends. To see college Andy give them away to a new loving home, but not without first showing how to play with each and everyone is so heart-clenching that we all can feel the pang in our chest parents probably feel when watching their own kids grow up.

Nemo’s Escape From the Fish Tank 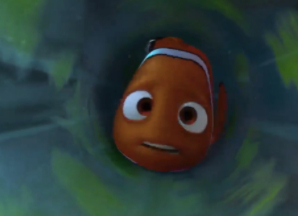 One of the most stressful and suspenseful scenes from Pixar is Nemo trying to escape the fish tank before Darla would come to pick him up. Nemo has to maneuver his way through the tank in order to clog the filter so the dentist would have to take them out and he can escape. Watching Gill show Nemo the ropes around the tank and seeing those propellers almost hurt Nemo can be too much to bear— but we also get to see Nemo’s bravery.

Watching Eve keep emotionally saying, “Wall-E,” trying desperately to revive him pulls at the heartstrings. She keeps trying and trying to remind him who he once was— a caring robot who saw life in everything. It seems hopeless until she takes his hand. Wall-E suddenly clenches her back and awakens again to his original self and the two embrace the only way robots can. The scene is touching, loving and in every way memorable.

When She Loved Me 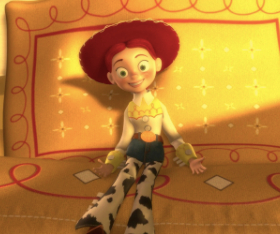 Another tear-jerker from Pixar is “When She Loved Me” in Toy Story 2. Jessie shared with Woody how her owner once loved her with all her heart and then, as she grew up, slowly forgot about Jessie. We watch as Jessie had all the love and attention in the world and then was forgotten under the bed, replaced by make-up and nail polish and then ultimately abandoned in the woods. The visual storytelling melts all hearts and the song even more so. 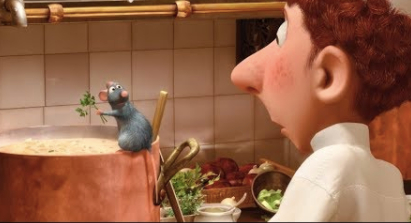 This golden moment is from Ratatouille. It’s impossible not to cringe as we watch Linguine ruin the soup on a whim, throwing in ingredients that make it worse. Suddenly, like a guardian angel, we watch as Remy comes into the scene and starts fixing Linguine’s mistakes. The way he perfects the soup and picks exactly which spices and foods can help create a delicious taste and aroma. This is the first time we see Remy at work... and he’s not only a chef but a savior! 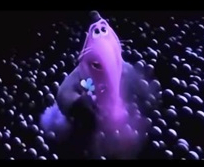 Most of us have grown up with imaginary friends. Saying goodbye to those friends is a symbolic moment of growing up, and Pixar expresses this unforgettable moment accurately in Inside Out. Bing Bong was Riley’s imaginary friend but had to let himself go because he was holding back Joy from saving Riley’s memories. His sacrifice is something that resonates with all viewers, as most of us leave our imaginations in the dust. His sacrifice is selfless and has us wondering, “Was it necessary? Why isn’t he as important?”

Dory’s Finding of the Shells 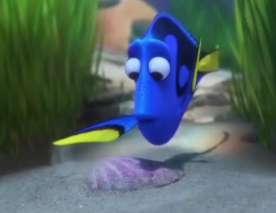 Dory is an unforgettable character herself, even if she ironically suffers from short term memory loss. Hearts broke across the world when Pixar released Finding Dory with an opening scene of Dory being separated from her family and searching for them, desperately. Yet, it sets up a perfect and heart-warming ending where Dory finds a trail of shells that lead back to her parent’s home, meaning she was never forgotten. She was always welcome home and always loved— no one ever stopped looking for her either!