8 Most Anticipated Movies Of The Second Half Of 2019 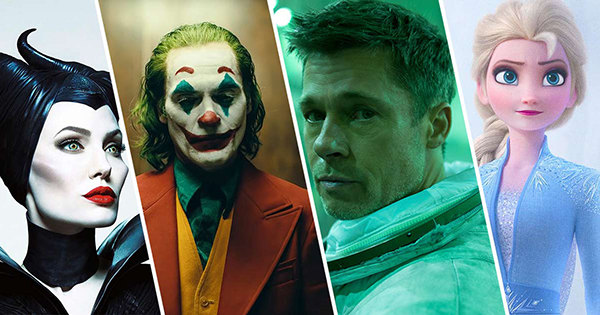 Have you still been losing yourself in the Avengers, Captain Marvel or the Lion King? There is a whole lot more to look forward to in the second half of 2019. In the coming months, a plenty of movies will open on - varying from sequels, prequels to reboots. And here are 12 most anticipated movies of the second half of 2019. (The relevant movie information come from IMDb.)

Astronaut Roy McBride undertakes a mission across an unforgiving solar system to uncover the truth about his missing father and his doomed expedition that now, 30 years later, threatens the universe.

The continuing story of the Crawley family, wealthy owners of a large estate in the English countryside in the early 20th century.

Rambo must confront his past and unearth his ruthless combat skills to exact revenge in a final mission.

An original standalone origin story of the iconic villain not seen before on the big screen, it's a gritty character study of Arthur Fleck, a man disregarded by society, and a broader cautionary tale.

Sarah Connor and a hybrid cyborg human must protect a young girl from a newly modified liquid Terminator from the future.

Anna, Elsa, Kristoff, Olaf and Sven leave Arendelle to travel to an ancient, autumn-bound forest of an enchanted land. They set out to find the origin of Elsa's powers in order to save their kingdom.

Jumanji: The Next Level

The surviving Resistance faces the First Order once more in the final chapter of the Skywalker saga.

Four sisters come of age in America in the aftermath of the Civil War.