10 Movie Myths About Survival That Are Likely To Kill You 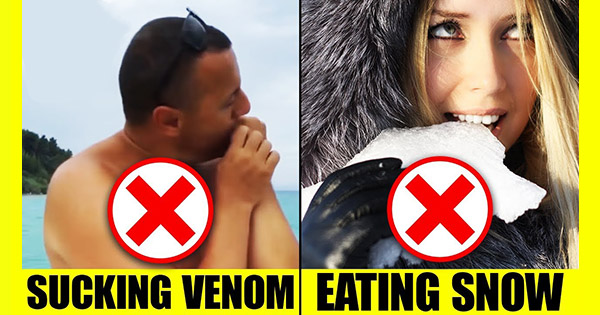 If you ever end up in a tight spot where your choices could determine life or death, please don't resort to movie survival know-how. TV shows and movies are great for entertainment but terrible for facts. Here's a look at ten of the most well-known movie myths that'll get you killed if you try them in a real-life survival situation. 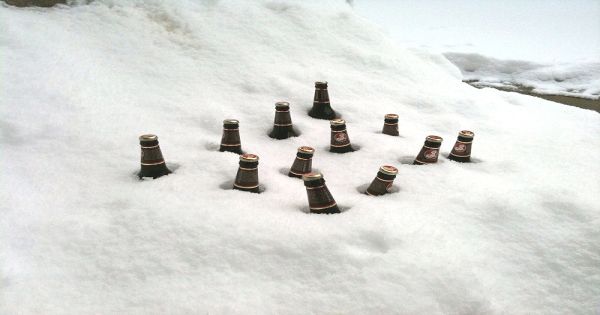 We all know the scene, and to a degree, believe the myth. How often haven't we seen a Russian soldier shooting a vodka shot or a cowboy taking a swig from his hip flask to help fight the cold? Alcohol actually makes you more vulnerable to the cold weather. It causes your blood vessels to dilate and also increases blood flow to the arms and legs. This rapidly drops your core temperature in the process. You feel temporarily warmer because of the increased blood flow to the capillaries just beneath the skin. However, there's no quicker way to raise your risk of hypothermia. Stay away from booze if you're stuck in frigid conditions.

Myth #2 - Rub The Frostbite Away 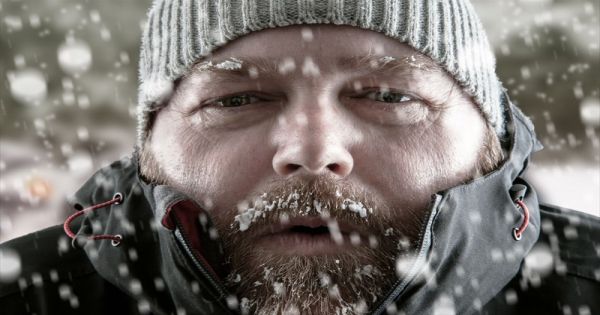 It seems that movies have really ruined our chances of making it through sub-zero exposure in one piece. Just look at the notion that we have of how to combat frostbite. Many movies teach us that to fight the deepening cold, we simply need to rub our hands together or create friction in an area suffering from numbness. This is the last thing that you should do when frostbitten. Friction causes immediate tissue damage. Embedded ice crystals in the skin are being forced to scrape against increasingly fragile cells. If you're still out in the cold, this damage doubles. 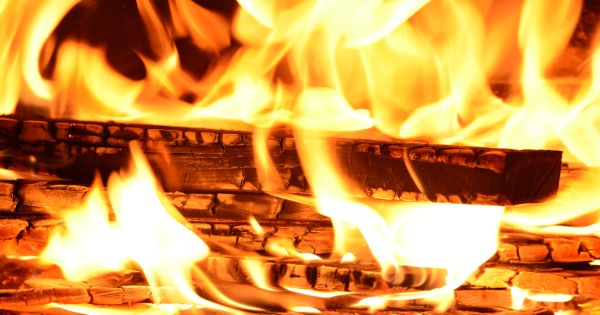 Contrary to popular belief, a cave is not the safest place to make a fire. Starting a fire inside a cave will heat the rocks, causing them to expand and crack. This exponentially increases the chances of rocks becoming dislodged and falling. A "happy" camper is likely to be crushed, trapped, or intoxicated by the fumes. Drawing attention to a cave when you've got limited exits is also a bad idea. The only place you should be starting is outdoors in an open space. 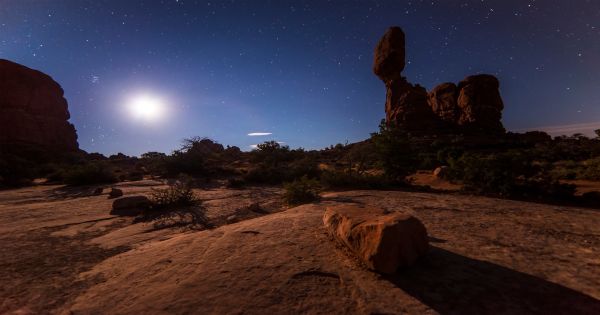 If you're unlucky enough to be stuck in a desert or highly temperate area where the killer heat is draining you, don't hunt water first. Find shelter from the sun. Taking refuge in a shadowed area while waiting for the heat of the day to cool down and late afternoon to come. You'll stand a far better chance of finding water without draining your energy reserves first. Head out once it's cooler and you’re not at risk of sunstroke. 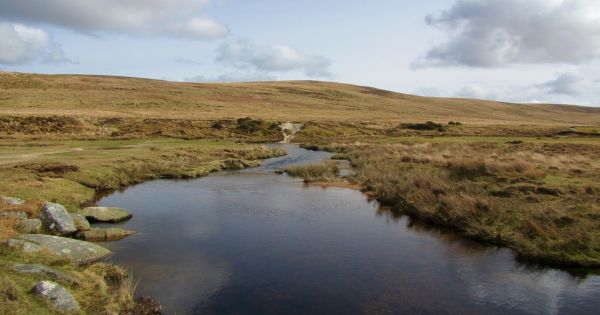 Boiled water isn't safe to drink. It merely is safer to drink. A one-minute rolling boil will kill off any bacteria or parasites that may be lurking in your water. This doesn't, however, eliminate any other contaminants. Trace elements of metals, dirt, and all types of grime and sludge may remain. Filtering unsafe water will remove solid debris but always take extreme care. Make sure to filter the boiled water through a cloth or impromptu multi-stage rock filter until it's as clear as possible before drinking.

Myth #6 - Suck Out Snake Bite Venom As Quickly As Possible 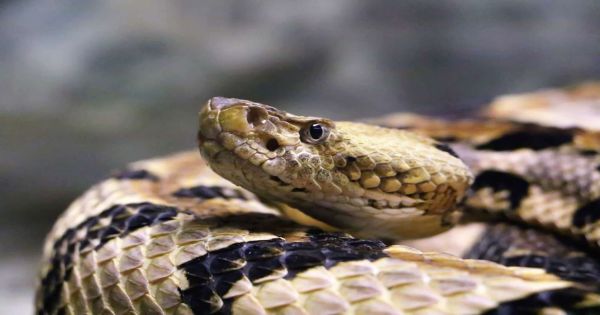 Being bitten by a snake conjures the same imaginary reaction in many of us "Quickly, suck out the poison!" Well, sucking venoms delivers an impactful visual effect for movies, but in real life, all you'll do is worsen an already dire situation. A snake injects its venom directly into the bloodstream, making it impossible for a person to suck it out. The only thing that you're doing is worsening the odds that the wound itself ends up infected. You could also end up spreading the venom by getting it in your mouth. You're definitely not getting it out. 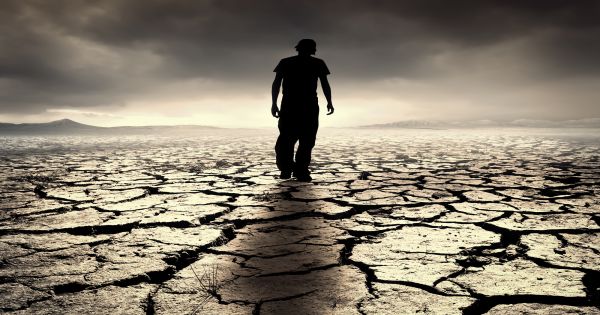 No one can truly imagine what it's like to be stuck in the middle of nowhere with little to no supplies. The survival instinct that kicks in for most of us would be to find food and water before securing a shelter. This is only partially true. Water is your first priority. A human can survive for three to six weeks without eating, but only three to four days without water. With the wrong food source, you could be using up more energy & water than you're getting.

Myth #8 - Punch A Shark Underwater To Scare It Away 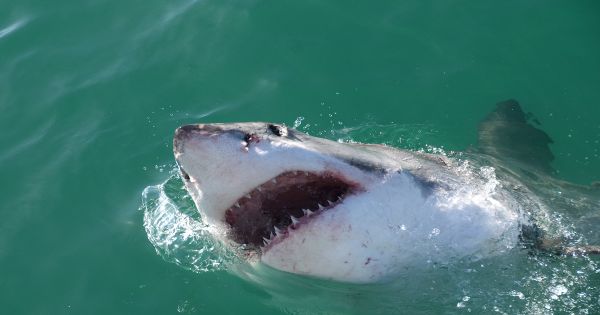 Let's say you find yourself stranded in the middle of the ocean, surviving a plane crash or escaping a sinking ship as one of a few survivors. The first thing that you and the remaining hopeful will likely attract is sharks. Now, if movies have taught us one thing about surviving a shark encounter, a solid punch straight to the nose is a surefire way to deter a shark. Right? Wrong. Have you ever tried throwing a punch underwater? Rather, scrape and claw towards the shark's eyes and gills if you want to stand a real chance of chasing it away.

Myth #9 - Eat What The Animals Eat 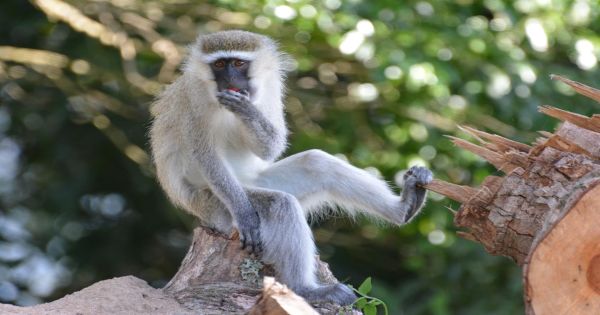 Starving and foraging for food? Just because that monkey has eaten a particular nut or berry, this doesn't make it safe. Eating the same thing as an animal just makes you a monkey. A monkey, deer, bird, or any other wild animal for that matter knows precisely what it can and can't eat. Humans can't consume the same food due to having different digestive tracts. Animals have evolved to eat things that are poisonous to us, so don't go around copying them like in the movies. 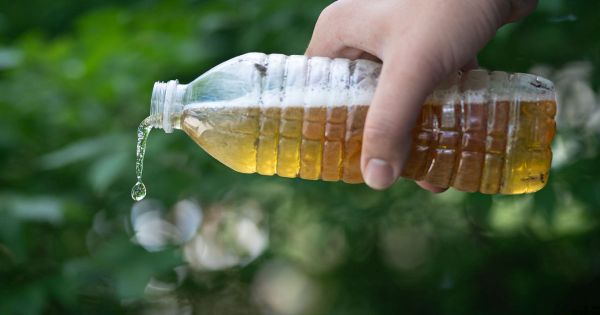 Whether you were taught this from a caring misguided elder or saw it in a movie, drinking your own urine is never a good idea. It doesn't matter how dehydrated you are. Pee is bad. Drinking urine introduces waste back to the body, putting undue strain on your system. Extra water (that you already don't have enough of) is used to flushing the waste metabolites out. Survival experts agree that it's a far better idea to pee on a piece of cloth such as a ripped shirt and use the dampened rag as a bandana to cool yourself down.

Found Any Of Your Own?

We can learn lots from film and television, but survival training is best taught by experts. Some scenes get it just right, but others blow things out of proportion. What myths or misnomers have you noticed in your favorite shows?