10 Most Anticipated Movies Of The First Half Of 2020 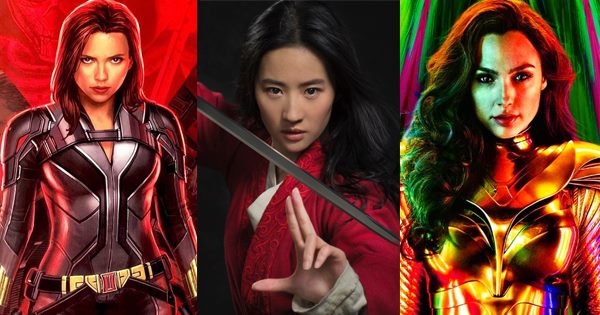 You like movies, we like movies, right? Yes, we know 2020 will be here soon, and there are already plenty of exciting movies on tap for next year. To help you keep up to date with all the new releases, every year, we put together our Most Anticipated Films of the Year list and we’ve done the same once again for 2020.

IMDb say: A remake of the American remake of the Japanese horror favorite, Grudge once again focuses on a vengeful ghost with a long memory.

IMDb say: Bad Boys for Life will be the third installment for the Bad Boys series, taking the boys into the dark world of a Miami drug cartel. Great to see Will Smith and Martin Lawrence again,

IMDb say: After splitting with the Joker, Harley Quinn joins superheroes Black Canary, Huntress and Renee Montoya to save a young girl from an evil crime lord.

IMDb say: A young Chinese maiden disguises herself as a male warrior in order to save her father. A live-action feature film based on Disney's 'Mulan.'

Rottentomatoes: First the garden, then the world. The plot for this sequel to the surprise hit loosely based on the work of Beatrix Potter is still under lock and key, but we’re sure it will involve James Corden’s cheeky rabbit causing all sorts of PG-rated trouble. We do not expect any blackberries to be involved, however.

IMDb say: Five young mutants, just discovering their abilities while held in a secret facility against their will, fight to escape their past sins and save themselves.

IMDb say: Bond has left active service. His peace is short-lived when his old friend Felix Leiter from the CIA turns up asking for help, leading Bond onto the trail of a mysterious villain armed with dangerous new technology.

IMDb say: International spy and assassin Natasha Romanoff becomes the superhero Black Widow in a movie that details her quests between the films Civil War and Infinity War.

Rottentomatoes: It’s full-throttle and pedal to the metal for the Toretto crime/adventure/anti-terrorism/what-even-are-they family yet again. Director Justin Lin was the man to turn the franchise around, delivering the series’ first Fresh entry on his third try with 2011’s Fast Five (Certified Fresh at 73%).

Rottentomatoes: As villain Cheetah, Bridemaids’ Kristen Wiig climbs aboard the Wonder Woman sequel, which sees Gal Gadot returning to her Amazon-princess role that catapulted the first film to a $412.5 million box office, a Certified Fresh 92% Tomatometer score, and the No. 2 spot in our list of the 64 Best Superhero Movies of All Time.