What SpongeBob Character Are You Based on Your Favorite Food or Snack? 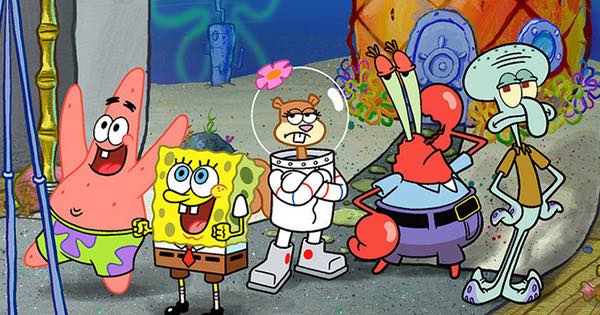 SpongeBob Square Pants just may the best cartoon the world has seen to date.

Watching SpongeBob go on his many adventures catching jellyfish, annoying Squidward, getting named Hall Monitor, and waking up Patrick, we know that “boring” is not a word that exists in Bikini Bottom. 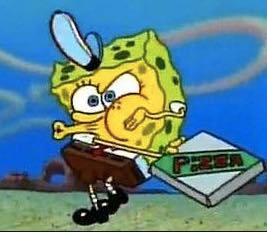 SpongeBob loves Krusty Krab pizza so much he even made a song with the famous lyric, “Krusty Krab Pizza, is the pizza for you and me!” Spongebob is a big fan of anything from the Krusty Krab, but his enthusiasm and love for this particular food are contagious. SpongeBob can be just as cheesy, goofy, and full of joy and different ideas like pizza and its many toppings. If you love any kind of pizza, you are definitely a SpongeBob! 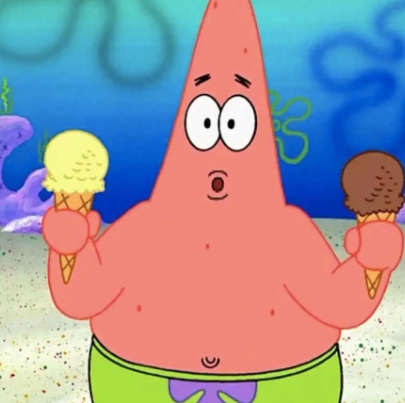 Patrick may have asked if mayonnaise is an instrument, but much of the show has Patrick strolling into the Krusty Krab with an ice cream cone in his hand or eating strawberry ice cream so sloppily that SpongeBob, as Hall Monitor, had to punish him, or throwing ice cream at his TV when he’s frustrated. Ice cream is sweet, messy, sloppy and fun, just like Patrick and, if it’s your favorite snack, just like you! 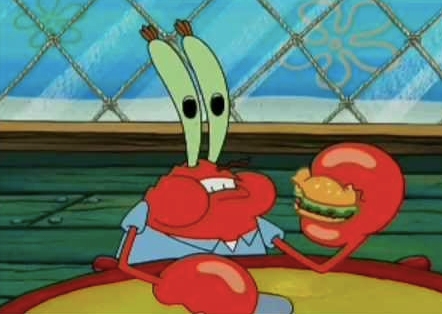 Mr. Krabs loves Krabby Patties so much he opened his own restaurant where they’re available to everyone in Bikini Bottom! He loves their juicy, original and delicious flavor along with how much money they bring him due to popularity among customers. If your favorite food is hamburgers, you relate the most to Mr. Krabs. You both are passionate, dedicated, and love to be No. 1 in any competition! 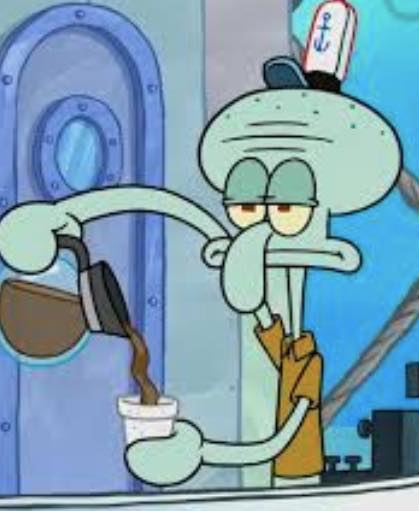 Squidward is notorious for wanting alone time, peace and quiet. He is an introvert who cannot stand even getting up in the morning to go to work at the Krusty Krab. In many episodes, he is seen drinking coffee just so he can start the day and have some energy to deal with SpongeBob. If you like ordering any coffee at Starbucks or nestling at home in your bed with a hot mug, you are definitely a Squidward. You like your own company, you hate sharing and you probably even play the clarinet! 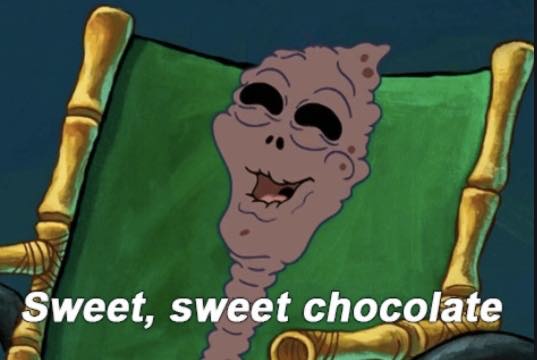 In the episode, “Chocolate with Nuts,” SpongeBob and Patrick are trying to sell chocolates all over Bikini Bottom. At one home, there is a character known as the Old Lady, whose face just lit up when she heard she could buy chocolate. She remembered when they first invented chocolate and then was convinced she would live forever if she bought some. If you love chocolate and feel like it makes you immortal, you are the epitome of this episode! You are full of life, dreams and knowledge!