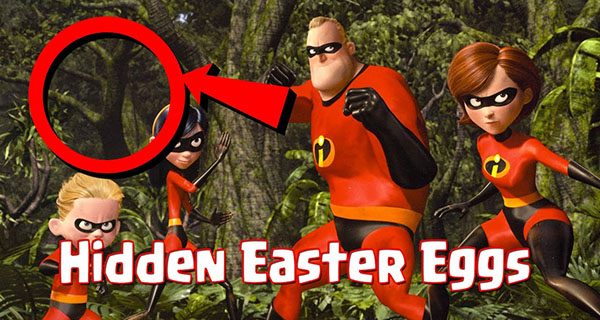 When The Incredibles first came out in 2004, people were blown away by the great animation and the amazing story of a superhero family that was just trying to live their lives. It was so good that the film won two Oscars, one for Best Achievement in Sound Editing and another for Best Animated Feature Film of the Year.

However, fans had to wait for 14 agonizingly long years before the sequel came out. Movie sequels are challenging affairs. For one, a lot of sequels have failed to recapture the feel of the original, causing subsequent installments of the franchise to fall flat on their faces. The nearly decade-and-a-half gap between the original and sequel also risked decreased fan interest. It didn't help that a year after The Incredibles came out, Pixar was acquired by Disney so the direction of the story was further put into question.

But to director Brad Bird's credit, The Incredibles 2 managed to re-capture the look and feel of the original. That's important because the sequel picks up where the original ended. People did gripe though that the sequel's storyline was a bit weaker than that of the first movie.

Still, it was quite an accomplishment, and the new movie provided enough fresh material to rekindle the magic that captured the hearts of fans when the original movie came out. Not only that, the team of Pixar managed to insert tons of Easter eggs and other fun details that fans totally missed.

Here are just a few of them! Needless to say, there are huge spoilers ahead! 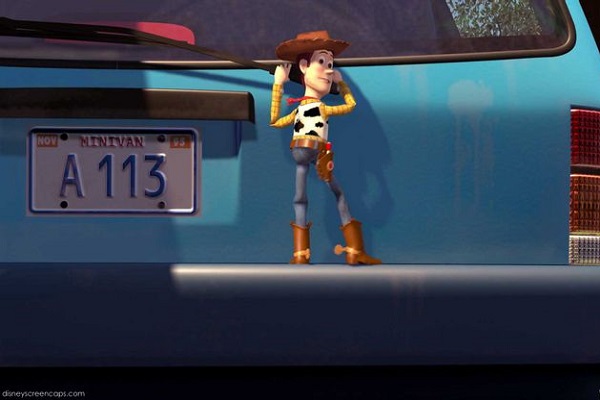 Pixar almost always includes a reference to A113 in their films. In The Incredibles 2, it appears during Violet and Tony Rydinger's first date as the movie Dementia A113.

A113 is a classroom name at the California Institute of the Arts. A few Pixar employees came from that school and would give a nod to their alma mater whenever they got the chance. Incidentally, Francis Ford Coppola's directorial debut was a movie titled Dementia 13 back in 1963. 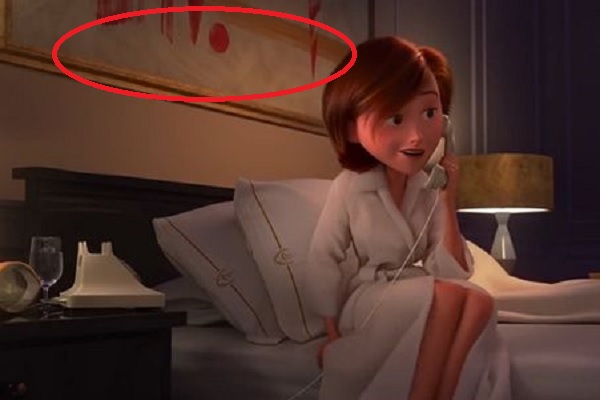 In one scene, Helen is inside a hotel room gushing over the success of her first mission while on the phone with Bob. The painting features a total of five geometric shapes, four on the left and one on the right.

It actually symbolizes Helen's separation from her family and how that makes her vulnerable. This becomes apparent after she eventually gets captured because she was working alone. The implication is that only by working together can they be strong and succeed. 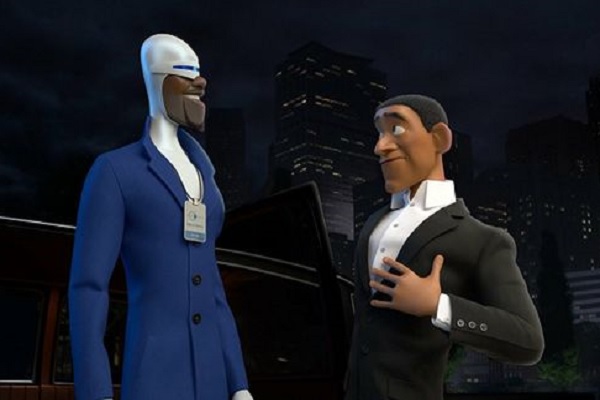 Usher played Winston Deavor's limo driver in The Incredibles 2. In one scene he told Frozone, "I'm your biggest fan." That's the same line that Buddy Pine told Mr. Incredible in the first movie.

4 - The Incredibles 3 teaser at the end 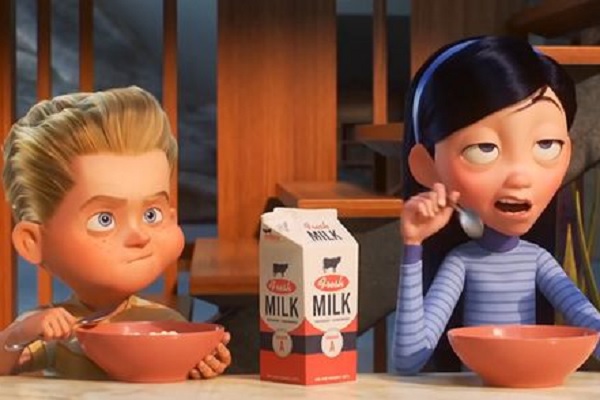 The stunning visuals of The Incredibles don't end with the main movie itself. The end credits treated fans to the same visual quality and even teased the possibility of The Incredibles 3. This came in the form of a drill breaking out of the ground, a possible hint that we might see the Underminer again. Hopefully, it won't take another decade-and-a-half before that happens! 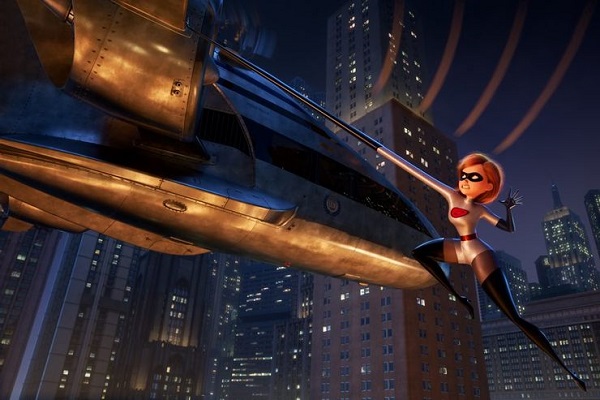 One scene points to a clear reference to Mission Impossible 6. It's when Elastigirl asks, "where is the closest window," and then jumping out. Tom Cruise did something similar in MI 6 although he accidentally broke his ankle during that stunt. That's one of the advantages of CGI stunts because there's no chance of physical injury! 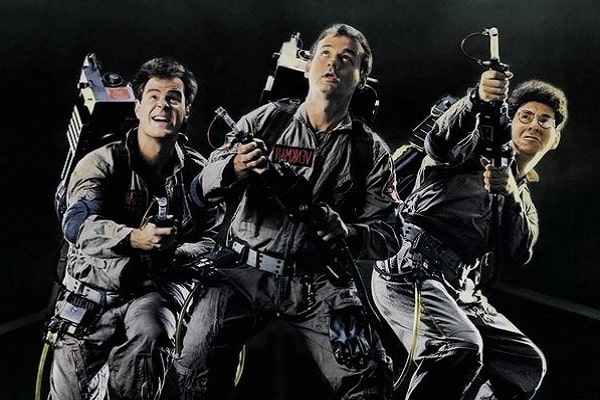 As Evelyn Deavor is trying to throw off Elastigirl from suspecting that she's the real Screen Slaver, she tells Elastigirl that "Einstein was a patent clerk." That's almost a word-for-word repetition of what Peter Venkman said in Ghostbusters when he was reassuring Ray that even without Columbia University's funding, they'd be okay. 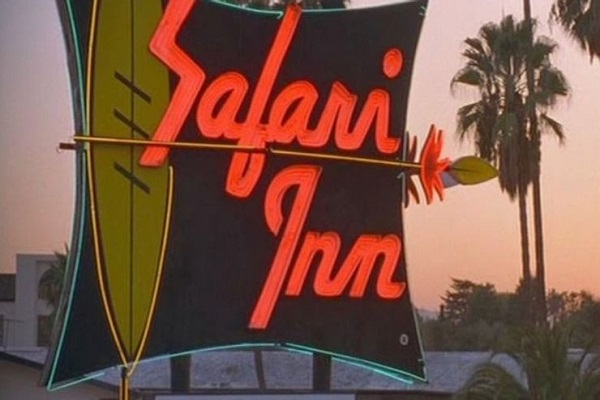 There's a motel in the movie called the Safari Court which bears a striking resemblance to the Safari Inn located in Burbank, California. It was built in 1955 and the inn has shown up in various films, among them Apollo 13, Six Feet Under, Prison Break, and more.

Since its construction, those wishing to make a name for themselves in the entertainment industry have stayed at the Safari Inn at some point during their careers. This likely explains why the place keeps showing up in different films as a nod to the early part of the filmmakers' careers.

8 - Tribute to a Disney animator 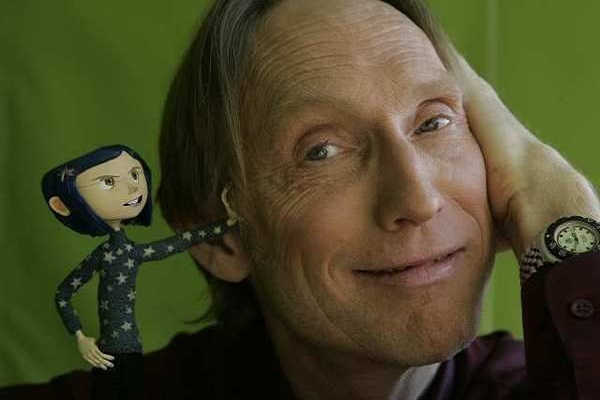 At one point in the movie, Elastigirl goes off to rescue Ambassador Henrietta Selick. The ambassador's name is a play on words that refers to Henry Selick who graduated from the California Institute of Arts. His stop-motion work for the movie James and the Giant Peach and The Nightmare Before Christmas are well-regarded. He also wrote the screenplay for the movie Coraline.