In a world of Nintendo, Xbox, and Playstation, is there room in a child's life for simpler toys?

From a simpler time? That doesn’t require Wi-Fi or a plug-in device?

It’s summer, and hoping to curtail the monstrous visage of “screen time” I took the initiative and introduced my children to five of my favorite toys growing up: A Duncan Butterfly Yo-Yo, a Magic 8 Ball, the Simon light and sound game, Lite-Brite and an Optimus Prime "Transformers" action figure.

We packed them up, traveled to my in-laws house in New Hampshire for a long weekend and let the kids play with reckless screen-free abandon. Hopefully, they could find a future favorite retro toy of their own. 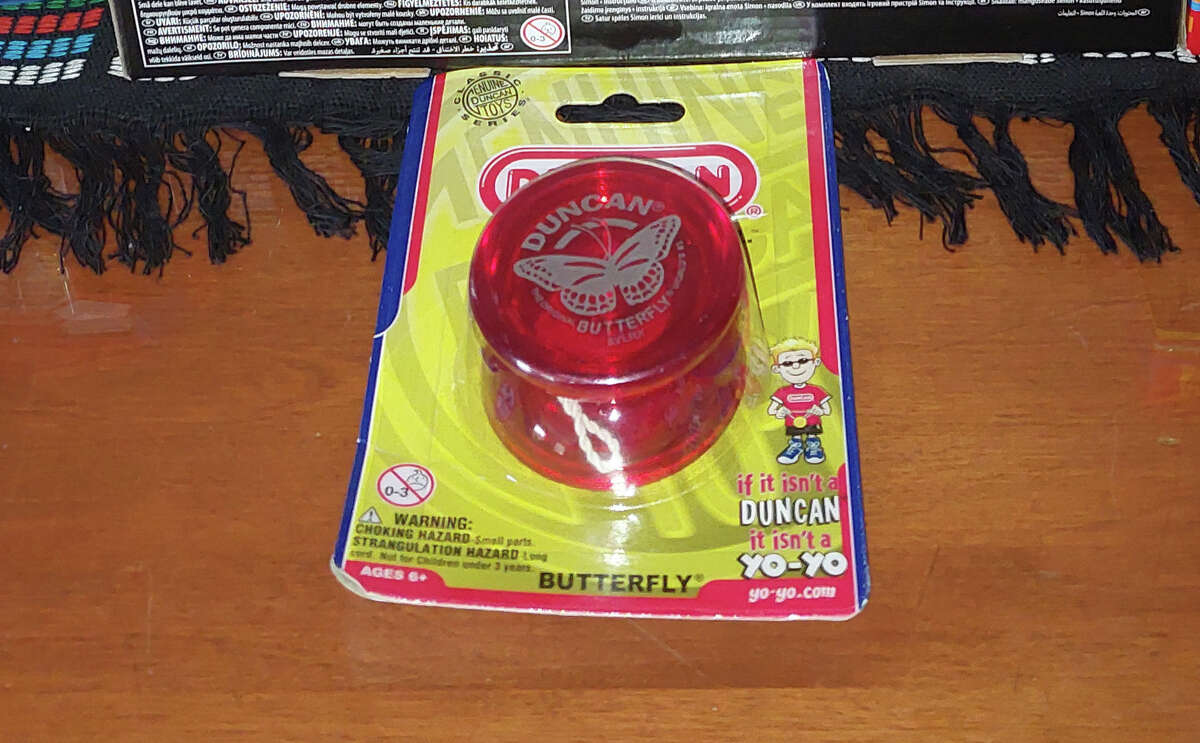 The Duncan Butterfly Yo-yo is marketed as the "original" Butterfly yo-yo. Who am I to disagree? My 7-year-old was quite excited to play with it. He had never experienced the joys of yo-yo-ing and I thought I could be the one to introduce him to that…I was mistaken. The yo-yo was great but it was too long for him.

Granted, on the back of the package are directions to make the yo-yo the optimum height for whoever it's for; but even when adjusted he still didn't have the coordination to commit to the yo-yo motion. Newer yo-yos have absorbers and springs to make it easier to wind, sleep and do tricks, so maybe he’ll be better off with one that isn’t so old school.

Apparently in this case, the simplest machine is the hardest to operate. 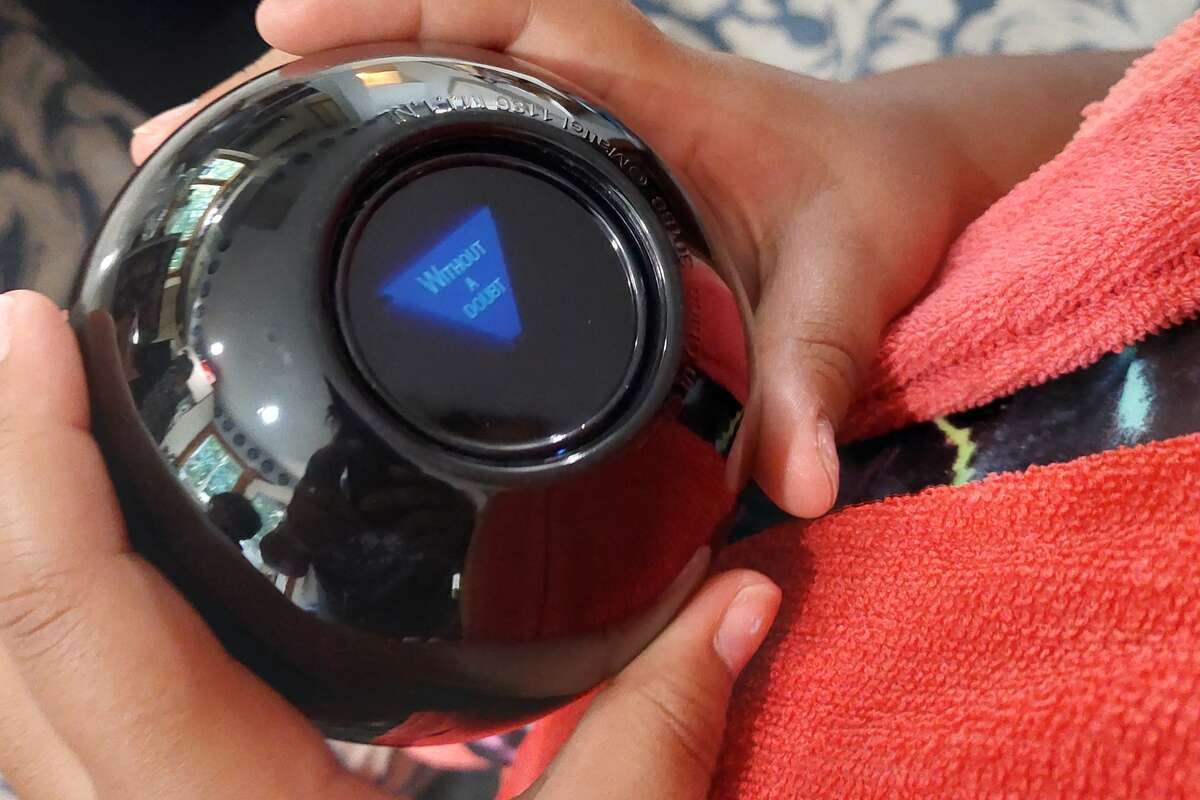 The Magic 8 Ball was a hit. For those not in the know, a Magic 8 Ball is a toy that will produce a phrase when shaken, which you can interpret as an answer to any question you come up with. I thought because it was so simple, the kids would think the gimmick was lame or tire of it easily but to my surprise they constantly played with it, asking questions and trying to predict their future.

“Are we having pizza tonight?” “Cannot predict now.”

“Will Daddy get me more Pokemon cards?” “Undetermined.”

Luckily it was very sturdy, even when the children dropped it a couple of times on the hardwood floor. Some scratches, but all the liquid is still inside. All that briny prophecy juice lubricating vague answers. Yummy. 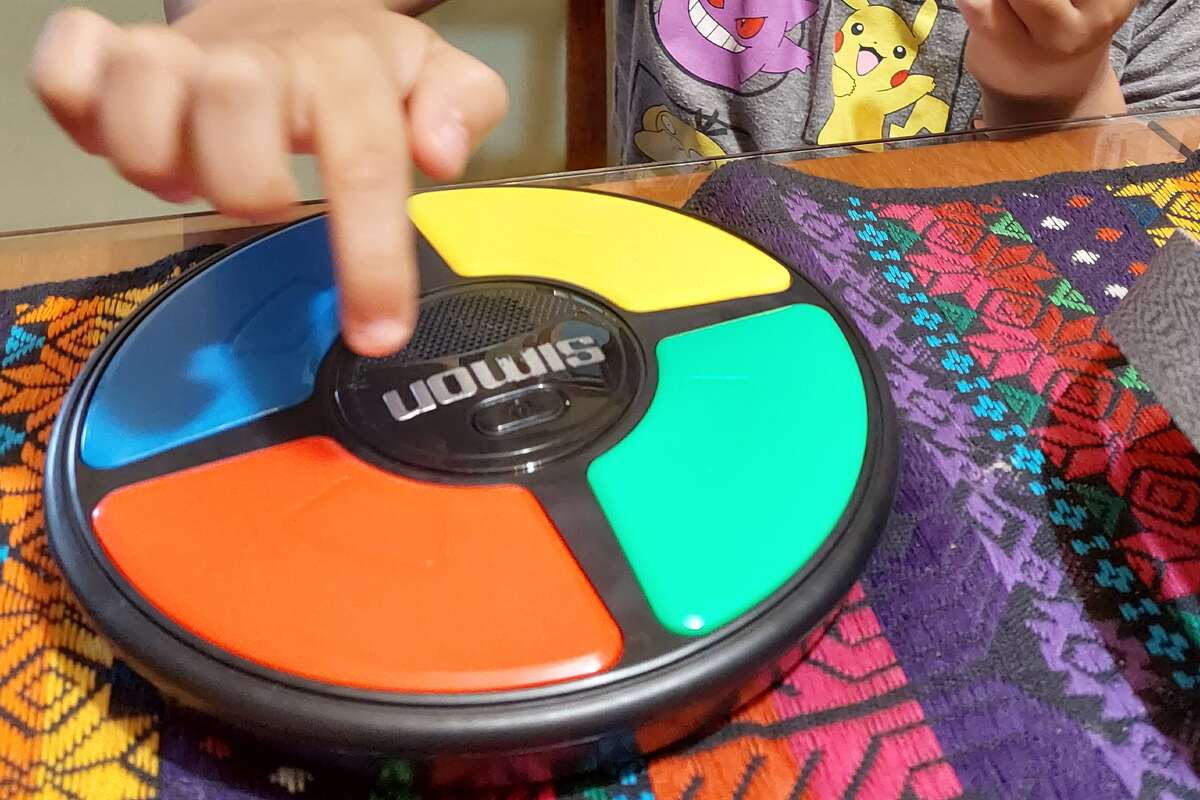 Simon was simple enough. Interestingly, this Simon was thinner and lighter than the 80’s version. This was the one game that the whole family participated in; my mother in law, wife and niece came running when they heard the chirpy blips of the electronic game.

It was very cool watching them teach the children how to play and observing them trying to remember the patterns. My 3-year-old loved watching the buttons but was frustrated at first when he realized he couldn't just press any button he wanted to. He got the hang of matching the pattern, though. Simon was also the first toy that my 7-year-old would replay again, unprompted. He would just grab it and start a solo game, muttering to himself, “I'm gonna get it this time.” 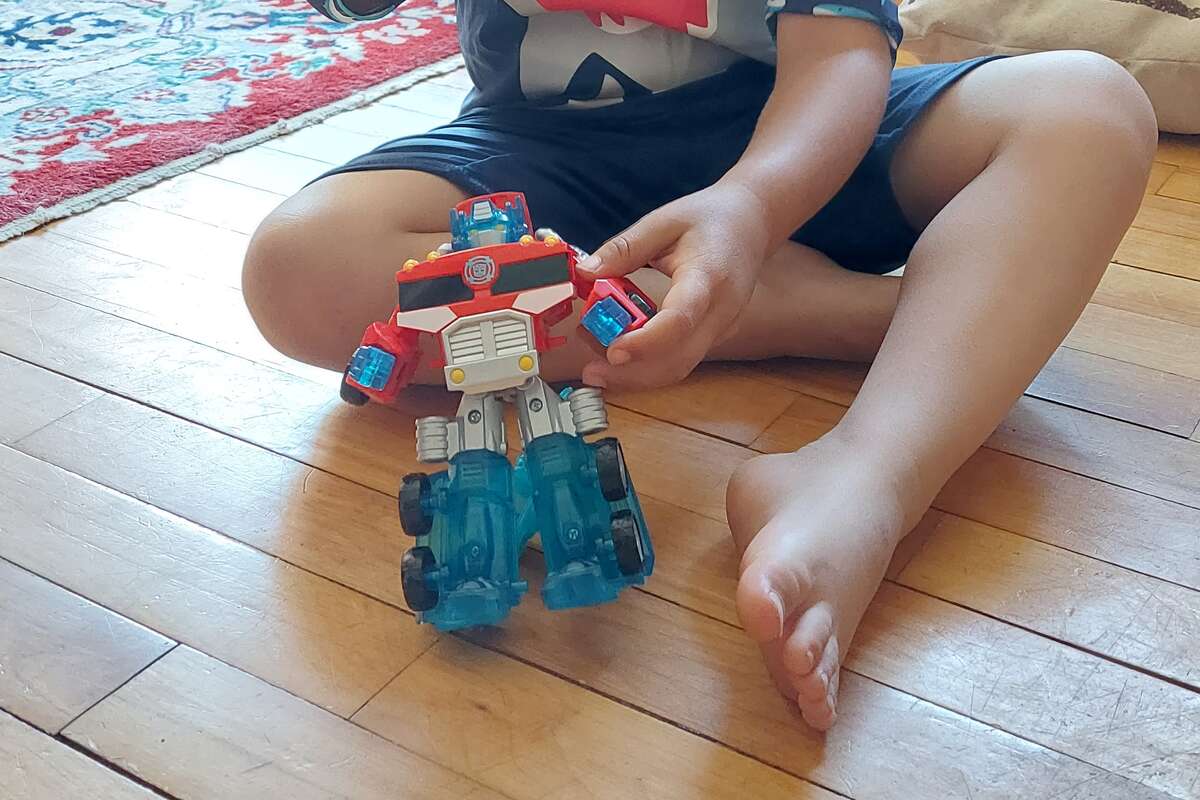 The two overwhelming winners though, were the Lite-Brite and the "Transformers" action figure. I figured the yo-yo, Magic 8 Ball and Simon would be more advanced for my youngest son, and so I wanted to get him something in his age group I knew he could play with. The "Transformers" action figure I got is intended for children ages 3-7, so it’s not overly complicated. It can transform from a car to a robot in three steps, as opposed to more advanced models which can have anywhere from 10-20 steps.

Both my children LOVED playing with the action figure and I even caught my niece messing around with it a bit, too. It’s pick-up-and-play nature was exactly what they were looking for and it's no wonder that the "Transformers" franchise is still going strong after all these years. 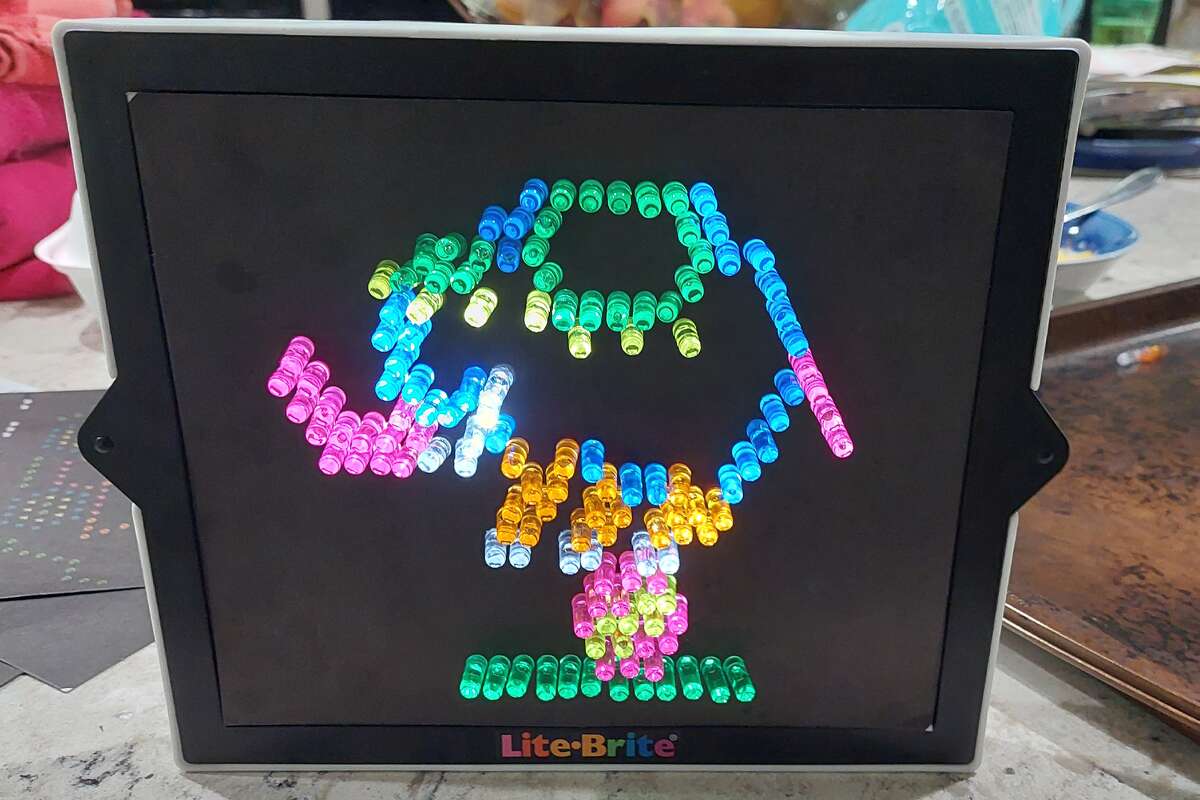 I never had a Lite-Brite growing up. Nintendo and Sega Genesis gave me all the bright lights I could ever hope for, but I can totally see why Lite-Brite has endured over the years.

For one, it’s rather cool looking in a minimalist way. Definitely reminiscent of an iPad, with a black front and white edges and back which is designed to make the lights stand out by utilizing four different lighting configurations.

Similar to the newer model of Simon, this version is smaller than the Lite-Brites of the 80’s, losing the old tray to hold the Lite-Brite pieces.

My two sons and niece were enamored with this toy. They would fill multiple paper templates (they come with six, but refills are available through Amazon), sliding them into the front of the "screen" and pushing the Lite-Brite pegs through the corresponding color designations. When they were bored with ready-made templates, they made their own illumination creations.

The only problem I had with the Lite-Brite was that the templates were hard to press the pegs through for a 3-year-old. I’d have to help my son push through the templates, hoping that my assistance wouldn’t frustrate him.