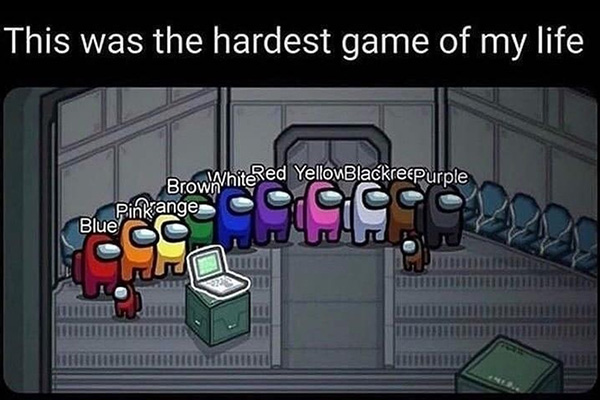 One side-effect of the coronavirus pandemic is that a lot of us have found ourselves with a lot of time on our hands. That's because governments from affected countries have instituted varying degrees of lockdowns.

With a lot of people forced to stay at home for extended periods of time, more and more folks have turned to digital means of interaction. One of the most popular ways of passing the time is through online multiplayer games that allow anyone with an Internet connection to play in a shared environment with other people.

This shared environment allows you to share adventures with your friends...or provide opportunities to off them, sometimes in hilariously creative ways (all virtually, of course). One such game of the latter variety is Among Us.

In case you didn't know, Among Us is an online multiplayer mystery/deduction game that can be played on your smartphone (Android and iOS) or desktop computer (Windows only). The game's setting is a space station and among the players are Impostors and Crewmates.

The Crewmates have various tasks throughout the station and Impostors are supposed to hinder, sabotage, and kill these Crewmates. In turn, the Crewmates also need to find out who the Impostors are and eliminate them. Elimination happens through a majority vote that any player can call for at any time although some players may choose to abstain.

While the game has been out since 2018, no one really paid much notice. However, due to the lockdowns instituted in response to the COVID-19 pandemic, the game received increased interest thanks in large part to YouTubers and Twitch streamers who featured the game.

Because of the game's unique premise and mechanics, creative players can create much havoc as Impostors and many a harrowing and hilarious session would follow. That, in turn, has spawned numerous memes that have spread throughout the Internet. And here are just some of them! 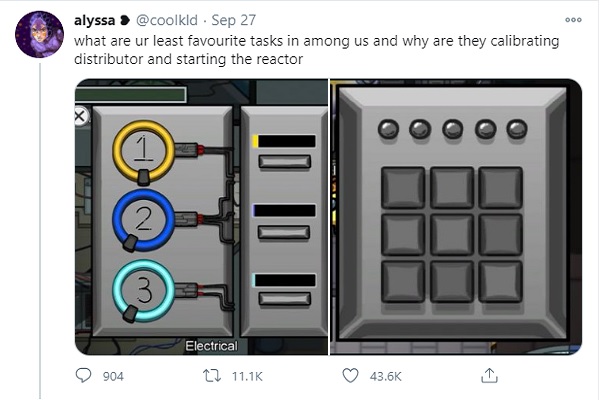 While identifying Impostors can be a pain, the various tasks can be quite an annoyance. 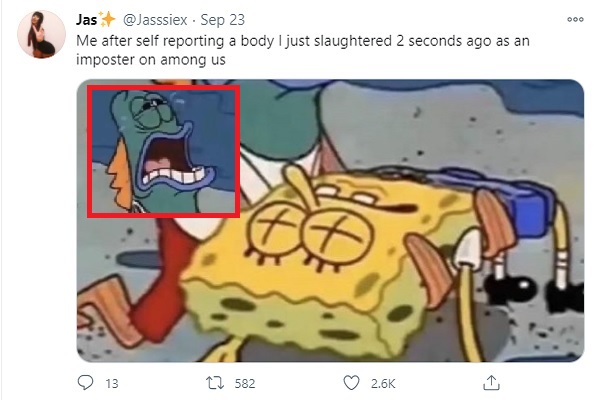 Impostors can get quite ballsy. It's even more hilarious when they report a dead body they had just killed off seconds ago! 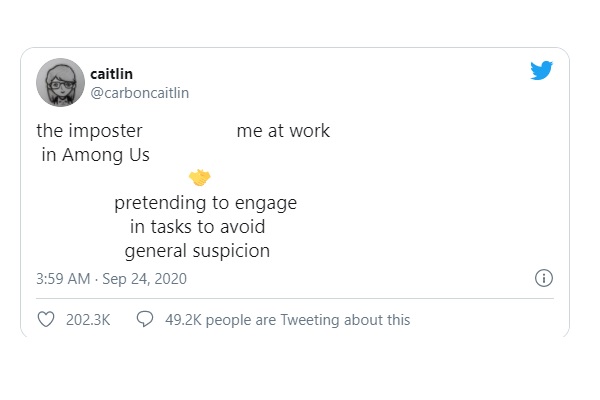 Impostors need to get good at diverting attention and suspicion away from themselves. But funnily enough, the same techniques that can make one a good Impostor work equally well in a real-life workplace! 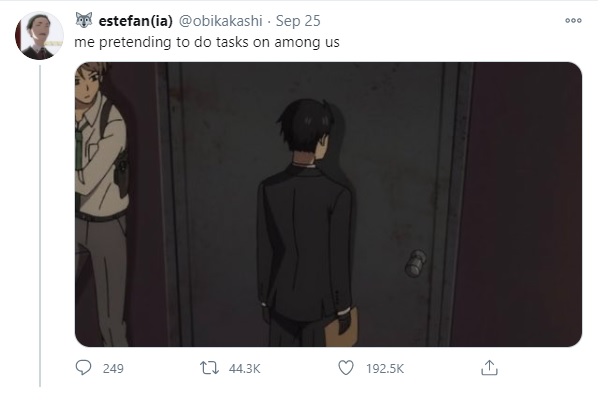 A lot of people pretend to be busy in Among Us and that has led some people to draw comparisons with how people have been during the quarantine. It's just so easy to stare at a wall and think that something's happening. 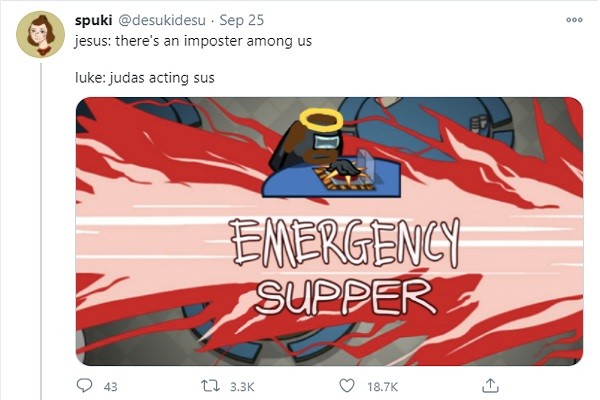 Some people irreverently compare the discovery of an Impostor with the Last Supper. Of course, given that Impostors are actively trying to eliminate other people, it could definitely turn out to be the last supper of their victims! 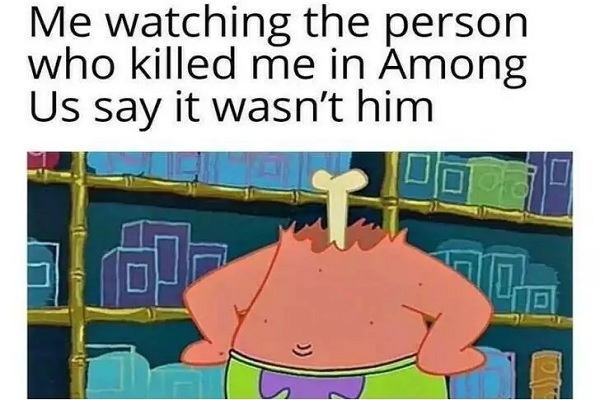 It's just natural for an Impostor to lie about their nefarious deeds. After all, they want to survive until the end. Still, watching the Impostor who killed you deny it to the high heavens can be quite frustrating. It's like rubbing salt on a fresh wound. 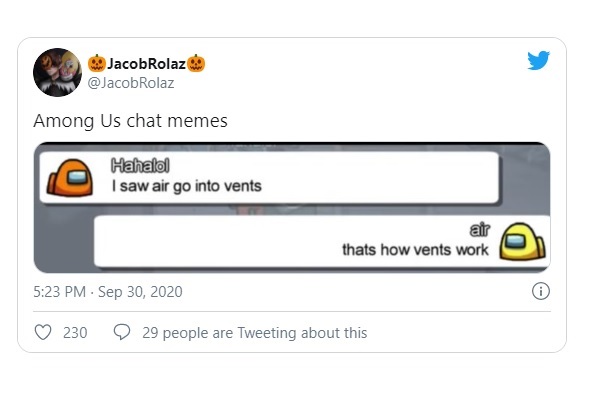 When anyone could turn out to be an Impostor, even simple things start becoming suspicious. So even an off-hand comment about the air vent could get you some unwanted attention. Or maybe the suspicion is warranted. Who knows? 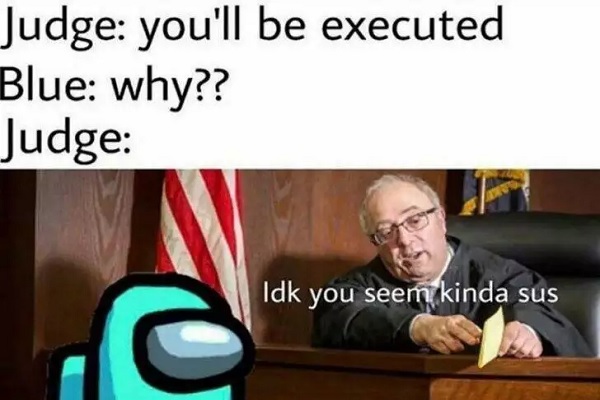 Via The Funny Beaver

Identifying who the Impostor is can often be tricky. That can lead to some dicey accusations against possibly innocent individuals. Either that or a few teammates just have it in for one person and want to gang up on him/her. With "friends" like those, who really needs Impostors, right? 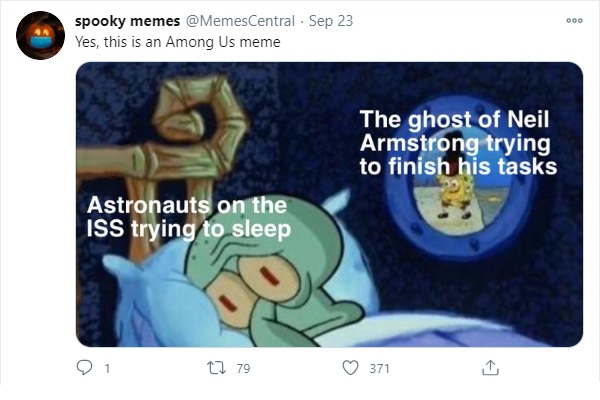 Because Among Us is set in space, we can only imagine what real astronauts who play the game must be thinking while they're up there in space. It can't get any more real than that! Of course, they're probably too busy to be playing games up there but we can't help but wonder. 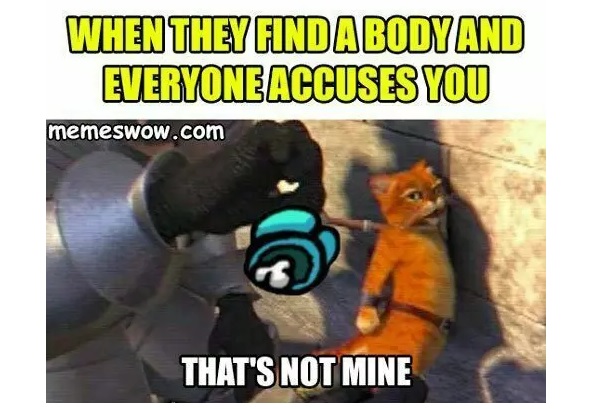 Part of being a good Impostor is to deny any accusation like crazy, even if you're caught red- handed! You never know, if you cast enough doubt there just might be enough people who would buy it. It never hurts to try, right? 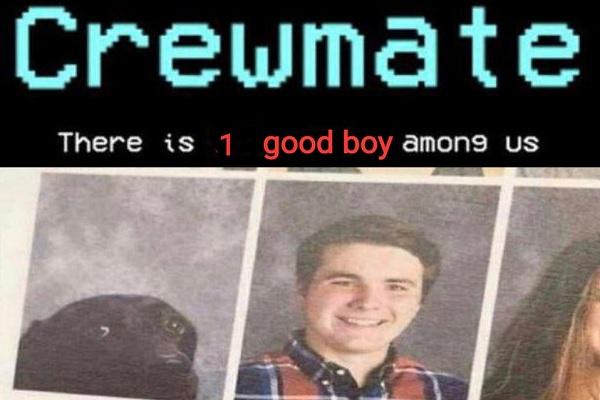 Human Crewmates are overrated. After all, one of them could turn out to be an Impostor! But you know one living being that won't betray you? That's right, a dog. 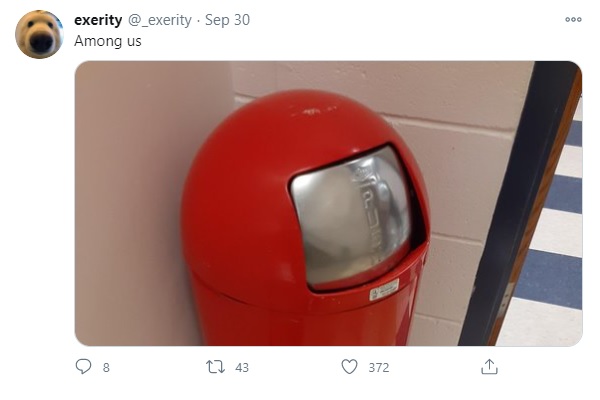 You know you've been playing Among Us a lot when you start seeing game parallels in real life. This trash can is just minding its own business but the person who took the shot couldn't help but associate it with the game. Admit it, one of the first questions that popped in your head was, "Is that an Impostor?!"