Top 10 Most Iconic Disney Villains Of All Time 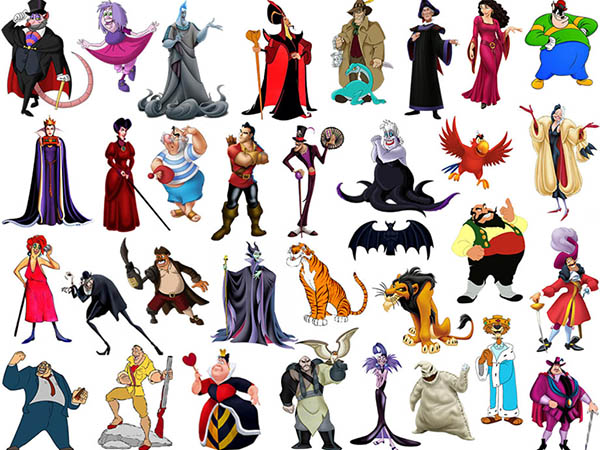 Movie villains are usually the most unforgettable characters on screen. In fact, most villains make us feel so many emotions: from joy, sorrow, to fear. They are undoubtedly the most beloved and crucial character in every film.

In Disney’s animated films, villains are popular with the viewer. Disney animated films has a wide range of devious villains. These villains often have the best looks, songs, and lines in the movie. While they might not be the characters you are cheering for, you can’t lie that they are not one of the best characters in the film.

In this article, we will discuss the top 10 most beloved baddies of all Disney Animated films. From the famous Lion King Villain Scar to Captain Hook of Peter Pan, here is a list of most likely to be remembered Disney villains. 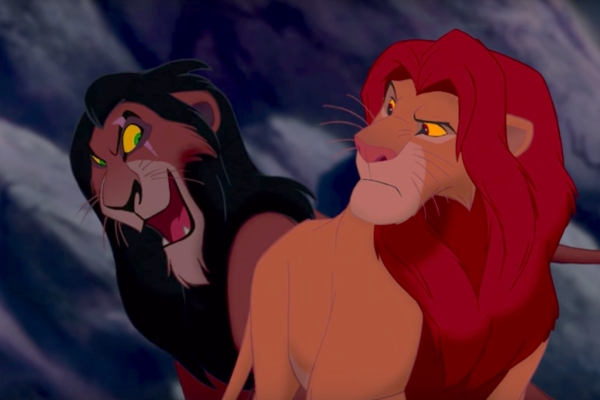 Scar is one of the most popular villains in Disney animated films. With his gleeful and sinister trademark smile, Scar is certainly a great example of a Disney villain. Filled with greed and desire to earn his place on the throne, Scar killed his own brother, Mufasa, and left his nephew, Simba, to die. Still, he has a charming personality and managed to earn the people’s hearts, ultimately having the throne to himself. So, if that does not scream villainy to you, then you might be evil yourself. 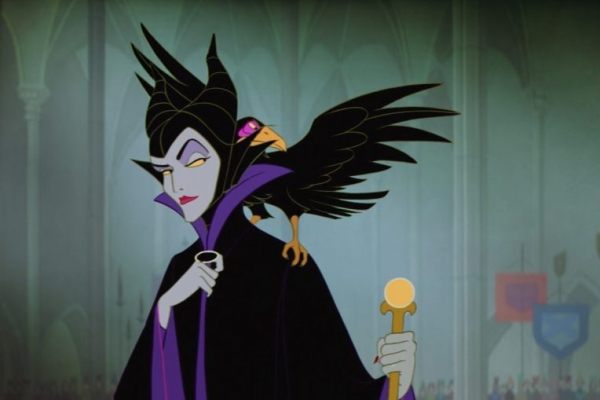 Sleeping Beauty is a spellbinding Disney movie of all time. It is arguably the most magnificently executed animated film of Disney. Moreover, it’s made all more captivating by its lead villain, Maleficent that has nearly everything that a great Disney villain should have. Maleficent is a wicked and cunning woman. Led by anger of not being invited to the princess’s party, Maleficent cursed the whole kingdom and the princess death on her 16th birthday. But thanks to her guardian fairies, she only falls into deep sleep. 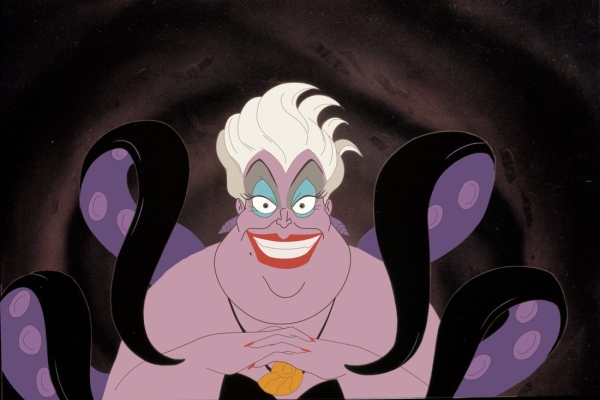 Ursula of the Little Mermaid is known for her deception and deviousness in the film, after tricking Ariel into a deal. Her larger-than-life personality and keen talents at bewitching her prey made her a nearly unstoppable foe for Ariel, Eric, and King Triton. What made Ursula evil is that she went after her victims when they are most vulnerable and never hesitated to steal their very qualities.

4. Cruella De Vil (One Hundred and One Dalmatians) 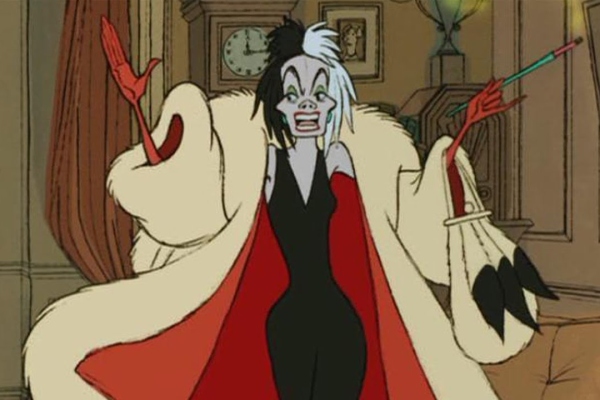 Cruella De Vil is one of the famous villains of all time, Disney or not. The villain, like others, has almost everything that makes a great Disney Villain. Her flair, style, and mania are extremely on point. She is very remarkable with her desire to hunt helpless animals and skin them just for the perfect coat she desires – to the point of kidnapping our beloved dalmatians. 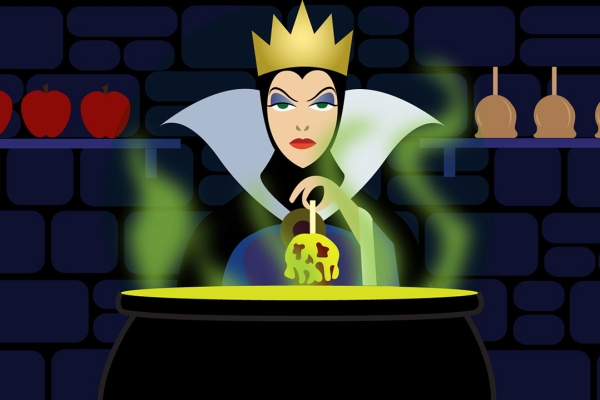 The Evil Queen from the 1937 Disney’s Snow White and the Seven Dwarf is remarkably one of the evilest villains. Like many of these antagonistic characters, the Evil Queen has her own villainous methods. The Evil Queen asked the heart of her innocent stepdaughter, Snow White because she was frightened by her beauty. Grimhilde was so threatened by the idea that someone else is prettier than her that she hired someone to kill anyone that took her place. When it failed, she took the initiative to disguise herself as a hag and poisoned her. If we think about it, it screams crazy and wicked. 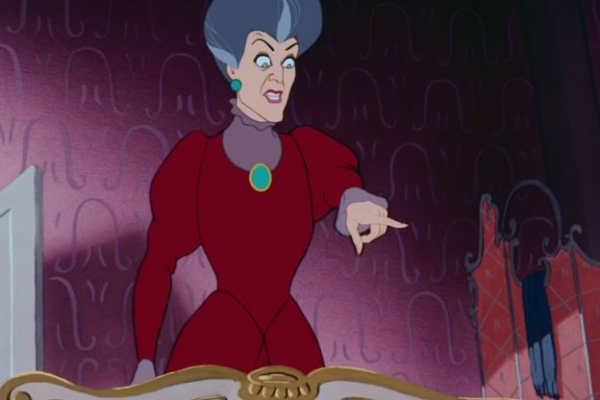 Cinderella’s Wicked Stepmother is one of the characters you would hate for good. A cruel and relentless stepparent, Lady Tremaine punished Cinderella, giving her grueling and thankless housework – treating her as if she is a slave. She even attempted to hide her away from Prince Charming, just so she could have a chance of tricking him into marrying one of her daughters. 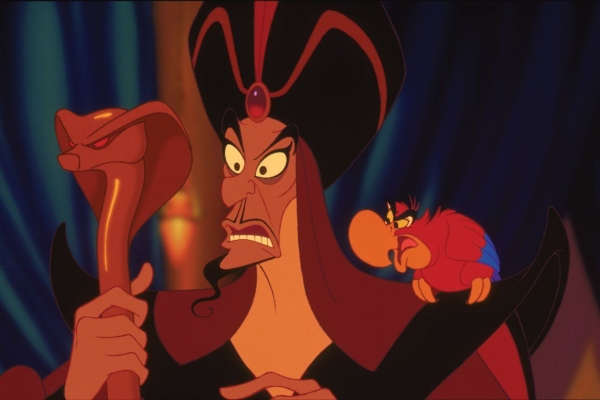 Like so many villains, Jafar’s main goal is to become powerful and rule the kingdom. He is willing to use anyone and everyone to achieve these goals – from poor people to naïve sultans.

As an advisor to Agrabah’s leader, he managed to weasel his way to power with his manipulation and magic, convincing the sultan that he is the perfect suitor for his daughter, Jasmine. He puts innocent lives on the line and sacrificed his own soul without a second thought to attain ultimate power. Still, his opportunism was his downfall. 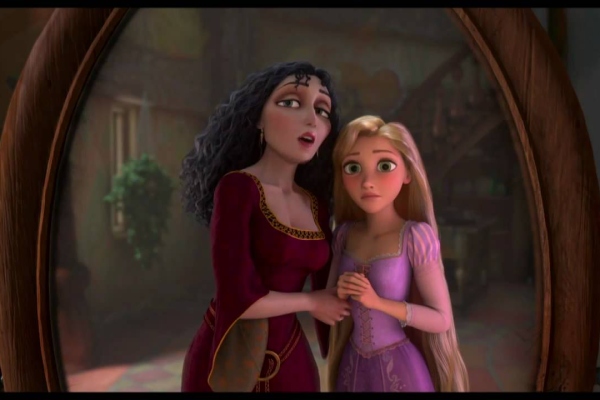 Many of us would love to have an undying youth and energy. But Tangled’s antagonist, Mother Gothel, gained this in a very twisted way by kidnapping an innocent and magical-haired princess. Not only that, but she also pretended to be Rapunzel’s mother and held her as a prison in a very tall and far-away tower.

If you watch the movie closely, Mother Gothel’s method is very manipulative and abusive. She was willing to murder both Rapunzel and Flynn to get the endless youth 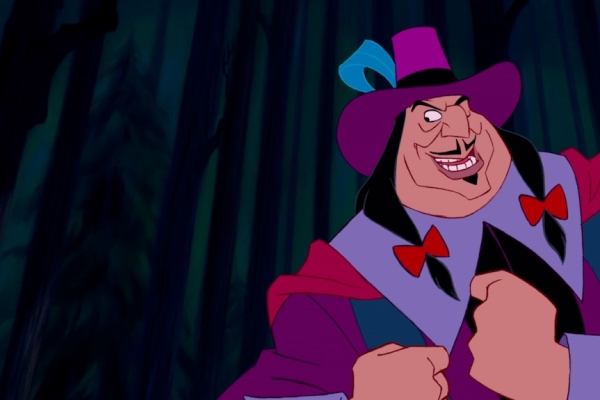 Disney villains are well-known for their magical and physical prowess or ethereal evilness. However, Pochahontas' Governor Ratcliffe is ruthless in a completely different way. His diabolical tendencies aren’t like other villains – using magical powers and forces. Governor Ratcliffe is a reminder of what most people in power can do today. He is racist, violent, and sadistic.

He thinks he can have anything he sees or wants. In Pocahontas, he has zero respect for nature and does not care about the Native’s tradition. He does not see the effect of his greed on the world around him. Governor Ratcliffe is an epitome of colonialism, in the past and in the present. 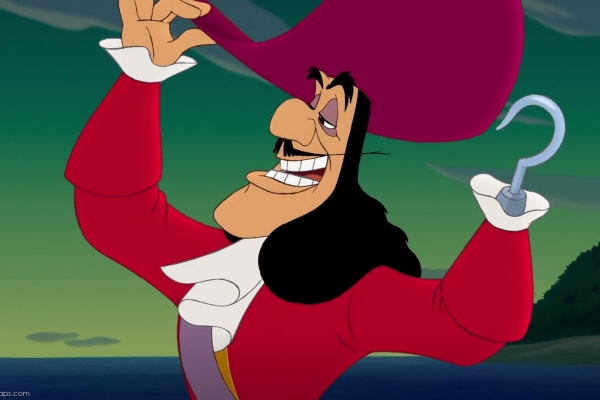 In the movie, we can see that the Captain Hook basically existed solely to seek revenge on Peter Pan for feeding his arm to a crocodile – which is kind of valid if we think about it.  Still, we can undoubtedly argue that Captain Hook is one of the evilest villains out there.

In the movie, Captain Hook was so determined to get rid of all the eternal child and nothing else. If you think about it, Hook is kind of a dangerous pirate, almost killing a bunch of kids such as Peter Pan and his friends, the Darling kids, when he had them walk the plank.