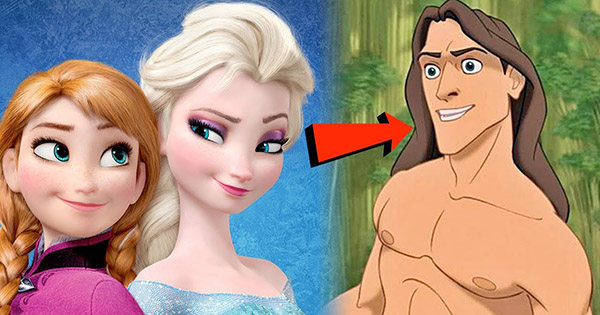 We all have our favorite Disney character’s, and the Princesses of Disney lore are some of the most memorable. What you might not know is that there are some secret undiscovered links between Disney’s best-loved Princesses. Read on to find out, which Princesses are related, and don’t forget to read on to the end of the article to find out a shocking Disney secret!

Elsa and Anna, of Frozen, could be cousins of Rapunzel. 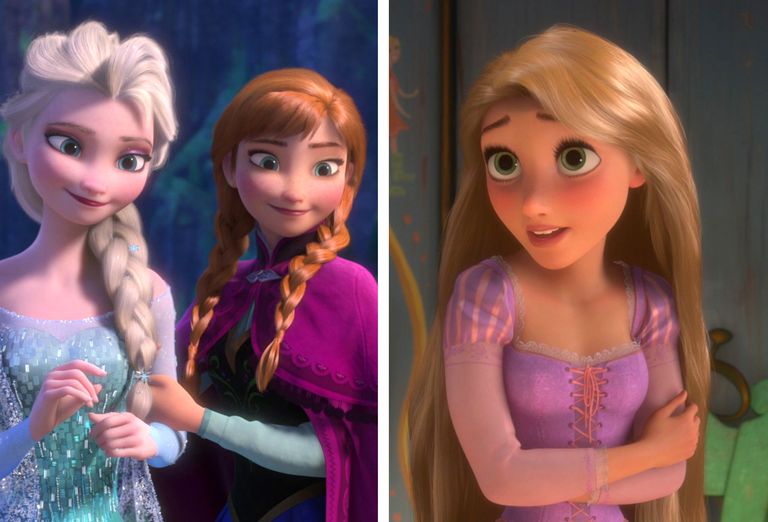 Since Rapunzel is present during Elsa’s coronation, this secret link is very hard to disagree with. We can assume that Rapunzel is on a special VIP invite list as she has to travel very far to Arendelle because Tangled is set in a German city. Additionally, Rapunzel and Elsa are both blonde, and their powers are both fiercely protected by their father’s. Since both fathers behave similarly around their daughter’s magical abilities it could easily be argued that the men are both brothers.

The King and Queen didn’t die, and instead had a child called Tarzan 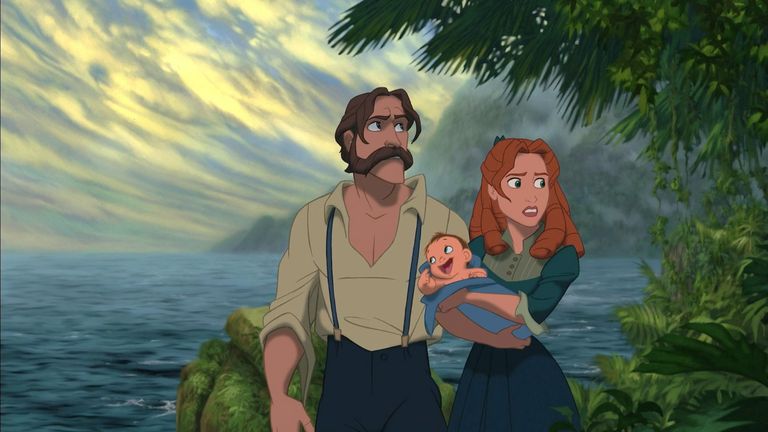 In an even more bizarre turn of events during the same Reddit AMA, Jennifer Lee said, "According to Chris [Buck, co-director], they didn't die on the boat. They got washed up on shore in a jungle island. The queen gave birth to a baby boy. They build a treehouse. They get eaten by a leopard." Nobody knows if she was for real during the interview, but Tarzan being the younger brother of both Anna and Elsa would make a great Disney story in the future.

Ariel, from The Little Mermaid, may have discovered the sunken ship of the King and Queen of Arendelle 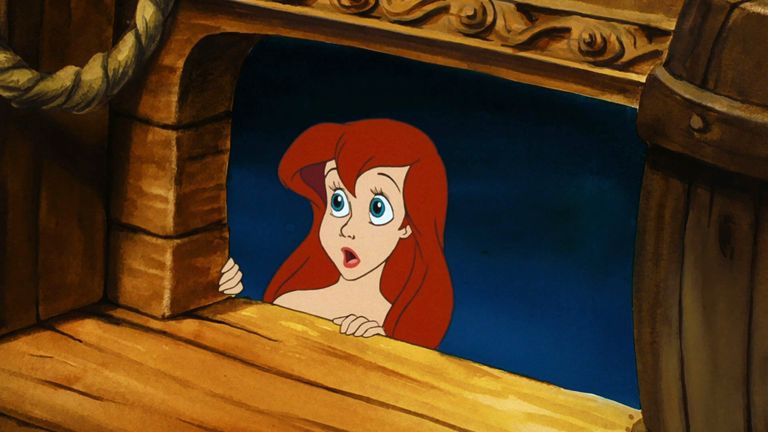 In The Little Mermaid, Ariel explores and cheekily steals from a ship she finds at the bottom of the ocean near her home. It can be easily assumed that the King and Queen of Arendelle’s ship probably capsized about halfway to their destination. Many fans have speculated that this would roughly put the ship in Atlantica, which of course is where Ariel lives.

The Little Mermaid's Ariel could be related to Hercules 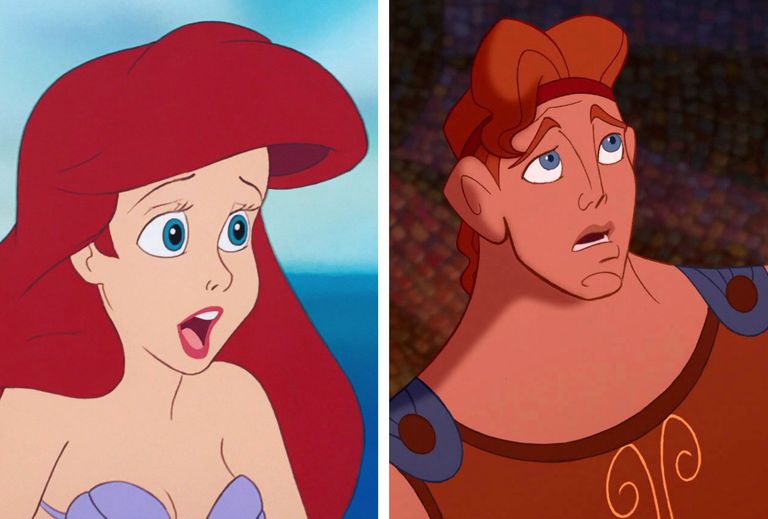 There is a pretty good argument for this link if you know your Greek mythology. In The Little Mermaid, Ariel’s father is King Triton. In Greek mythology, Triton is the son of Poseidon who is the God of the sea. This would make Poseidon Ariel’s grandfather. More interestingly, Poseidon is Zeus’s brother who is Hercules’ father. The complicated link means that Ariel is Hercules’ first cousin removed or 2nd cousin.

In Beauty and the Beast, Belle describes another famous Disney character. 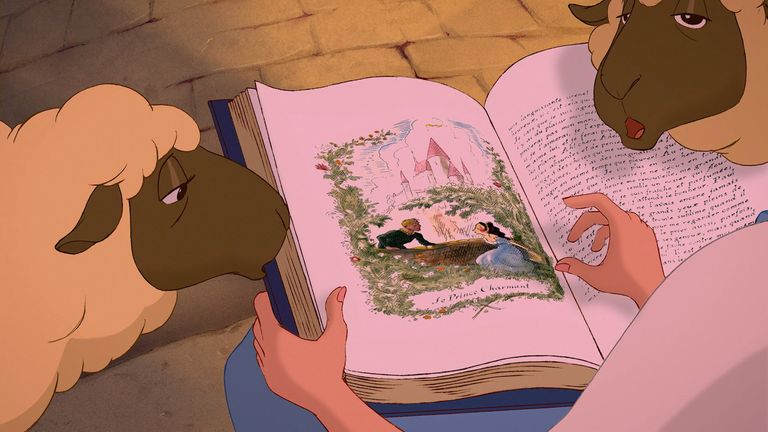 While watching the movie Beauty and the Beast, we can hear the main character Belle describe her favorite book during a self-titled song: "Far-off places, daring sword fights, magic spells, a prince in disguise!" Disney fans around the world have their theories to who this could refer to, but the main consensus is that the “Prince in disguise” is either Aladdin or Prince Phillip from Sleeping Beauty. Both Prince’s don a disguise during each movie, but it is Prince Phillip who disguises his royal heritage from Princess Aurora. If that’s not enough evidence, we also get to see the book Belle is reading and it looks suspiciously similar to the book of Sleeping Beauty.

Jane from Disney’s Tarzan is a descendant of Belle. 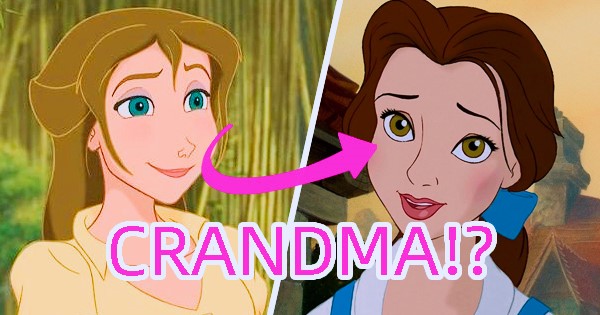 The most common link between these two characters is that they both love the color yellow and they both look alike. However, the secret link can be found during a scene in which the character Terk is drumming on a tea set. The pot he is tapping on looks a lot like Mrs.Potts from Beauty and the Beast and one of the teacups in the set has a small chip in the same place as a teacup in Beauty and the Beast. Many fans have speculated that the tea set might be a family heirloom passed down through the generations to Jane. This would mean that Belle is Jane’s great-great-great-grandma. If that isn’t enough evidence for you, this mysterious link could also explain why Jane is into “wild guys”.

In Finding Nemo, Nemo dies before almost all of the movie takes place 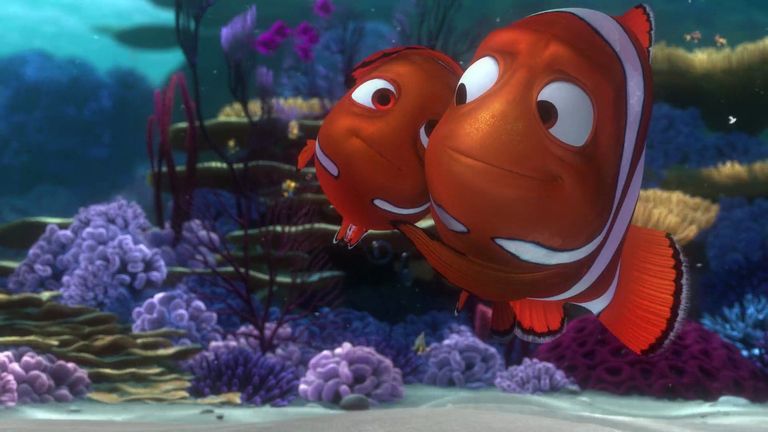 Finding Nemo has what many fans consider one the most upsetting Disney moments ever. Nemo’s mother Coral and all of her eggs are attacked and eaten by frighteningly ferocious fish. This leaves behind Nemo, and his father Marlon, as the only survivors. Many fans have argued that during the opening scene, Nemo is actually with his mother and dies in the attack. The rest of the movie is then written as allegory to show Marlon’s grieving process after losing his only son. The reason this is speculated so often is that the word “Nemo” is the Latin word for nothing. This means that Marlon may be finding nothing as opposed to Finding Nemo. This theory is then cemented by the fact that the rest of the movie chronicles the five stages of grief.

Those above show us secret connections among many characters. Maybe a movie like Tarzan could probably be a following part of Frozen. When we are watching movies, there are detailed clues founded and there will be amusing relationships based on these observations.