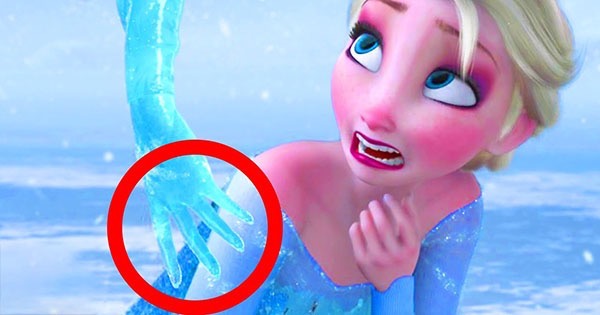 Disney movies are often considered to be for children, but animators know that adults will no doubt be roped into watching these movies again and again. Their solution for our sanity? Easter eggs and pop culture references throughout Disney films that go straight over children’s head but provide endless entertainment for us big kids! Here are some of our favorite hidden references from Disney’s new film Frozen 2!

The official Disney poster shows Olaf with his new friend “Gail”, posing in a manner that is a clear reference to the movie icon Marilyn Monroe. 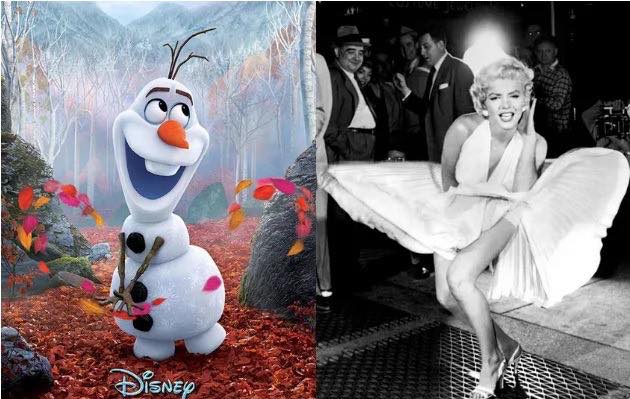 In his debut song “Lost in the Woods”, Kristoff creates his own boy band video clip with his good friends the reindeers. This scene is a lot longer than most of the other songs throughout the film, perhaps as a way to make up for poor Kristoff not having his own solo in Frozen 1. During this, which we think is one of the best scenes in the film, Kristoff pays homage to rock Gods such as Queen, and the whole scene feels like a cheesy 80s video clip – in the very best way! 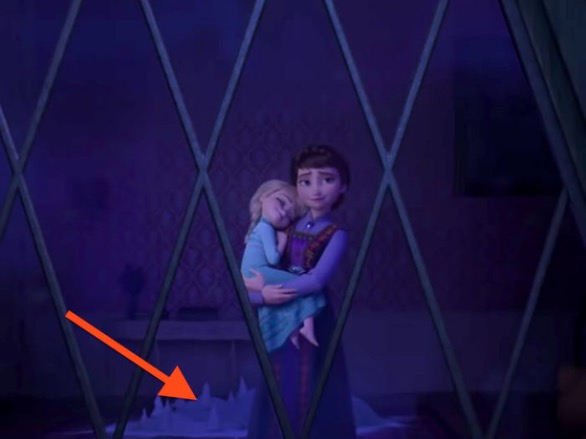 In the opening flashback scene, Elsa creates several snow figurines for her and Anna to play with. Among them, there are several familiar faces. How many did you spot?

Here are some of our favourite figurines! 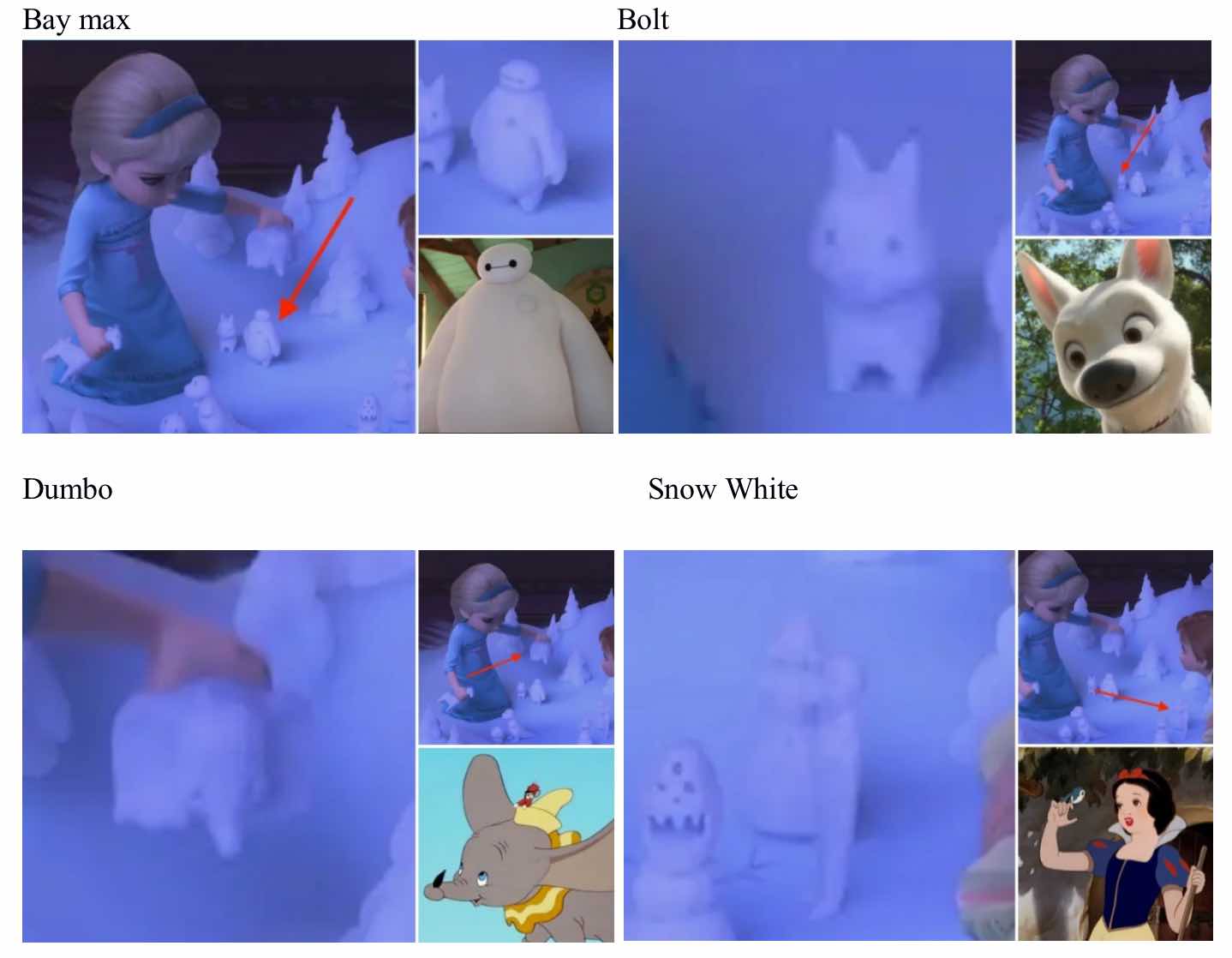 A random mix of characters I hear you say? Well, not really. Both "Bolt" and "Big Hero Six" were codirected by Chris Williams, the same man who voiced Oaken in the "Frozen" movies!

Of course, these aren’t the only Disney references within the film. Disney is famous for their “Hidden Mickey’s” which they place throughout their films, games and theme parks. Frozen 2 has some obvious, and some not so obvious – think Olaf playing charades for the obvious one, but for more of a challenge, pay close attention in the scene when Olaf sings "When I Am Older” – you just might find another Mickey!

Elsa sees young Iduna ask young Agnarr what he's reading, and he replies, "Some new Danish author." This is a clear nod to the author Hans Christian Andersen, who was a Danish author of “The Snow Queen”, the story that originally influenced the tale of Frozen. 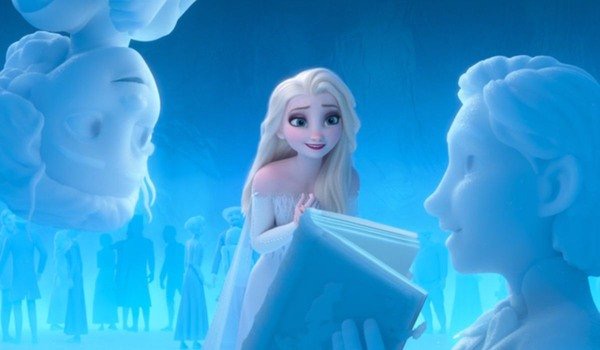 If you look even closer at this scene, you will notice another Disney reference. On the cover of young Agnarr’s book, you can just make out the silhouette of Ariel from "The Little Mermaid”, another Hans Christian Andersen story. Need another fun little reference to Andersen? Think about the names of the characters within Frozen – Hans, Kristoff, Anna & Sven. Coincidence? We think not!

There are several links to the Marvel universe, which Disney has recently bought. Frozen 2 itself plays out like an action movie rather than the drama-felt Frozen 1, but the ties to Marvel go beyond this. As Elsa plunges too deep into her memories while visiting Ahtohallan, she turns to ice creating a devastating effect to everything that her magic has created – including our beloved Olaf. With Elsa’s magic gone, we see Olaf crumble to snowdust. The animation sequence is reminiscent of Spider-Man's death in Avengers: Infinity War, when he crumbled to dust and was given a last hug by Tony Stark. In this case, it's made all the more poignant by the fact that Olaf has always liked warm hugs. Thankfully, just like Spider-Man in the MCU, Olaf's death isn't final. Appropriately enough, when a restored Elsa decides it's time to bring Olaf back, she opens with a very familiar line: "Do you want to build a snowman?" 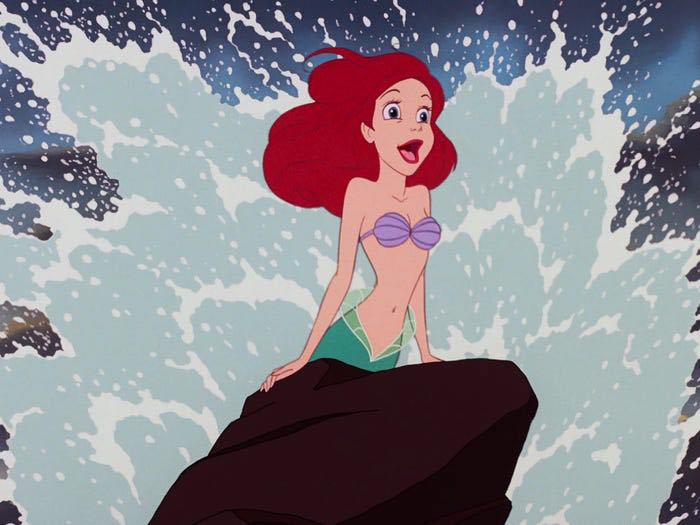 6.Marshmallow – Queen of the Castle

After the end credits, we see another short scene (another Marvel reference?!) in which Olaf recounts his tales. Listening intently are Marshmallow and the Snowgies captivated who now live in Elsa’s castle in the North Mountain. On top of Marshmallow's head is the crown that Elsa threw away and Marshmallow claimed at the end of Frozen 1. It looks like he isn’t giving up the crown anytime soon!

So – what did we miss? Let us know in the comment section. To find all of these pop culture references and more, check out Frozen 2, which will be available on Blu-ray and DVD on February 25th.