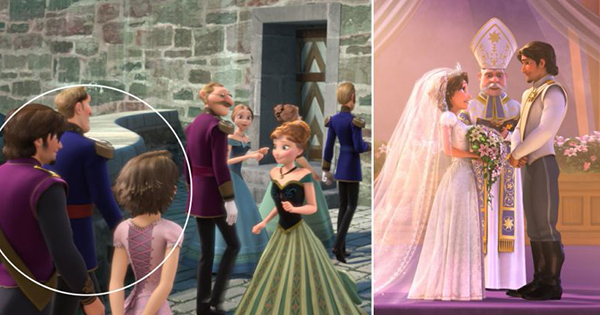 Each Disney animated film is a memorable experience and we can thank the hard-working animators for bringing us something special every time. However, what makes things even more exciting is the fact that these Disney films don't exist in a vacuum. A lot of these films have tiny Easter eggs that pay tribute to previously-released movies.

This really shouldn't be surprising since they're all made by the same studio. In fact, it's quite possible that some of the animators in one film worked on a previous film project and wanted to make their mark by putting in references to their previous work! It's certainly a fun activity for sharp-eyed fans and there has been no shortage of these fun tidbits.

Check out the few that have been identified! 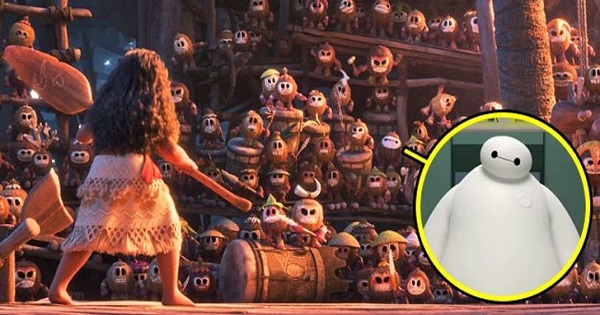 In the movie, Moana has an encounter with the Kakamora tribe. But if you look closely, one pirate is not like the others. Yes, it looks exactly like the robot Baymax from Big Hero 6! 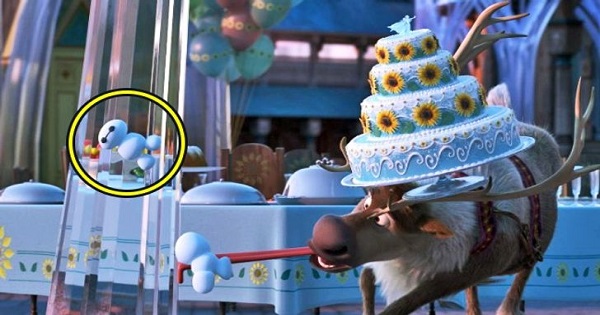 Disney's animators seem to like giving Baymax some cameo screentime. In Frozen, he's one of the snowmen attempting to filch some goodies from the table. 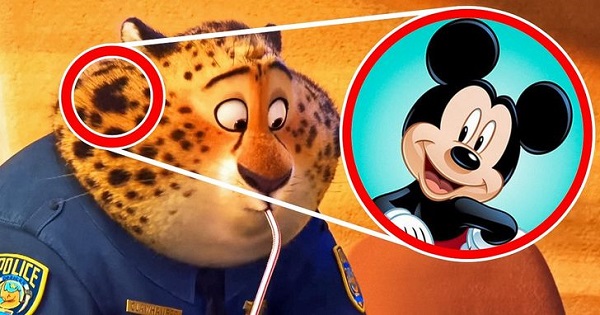 No doubt about it, Mickey Mouse is Disney's flagship character. Mickey is so iconic that the company has even been nicknamed the "House of Mouse." That's why the people over at Disney always take the chance to insert little Mickey Mouse Easter eggs in their theme parks. But Disney films are no exception.

The film Zootopia included a lot of hidden references to Mickey providing fans with a cornucopia of material to work with!

4 - The Godfather references in Zootopia 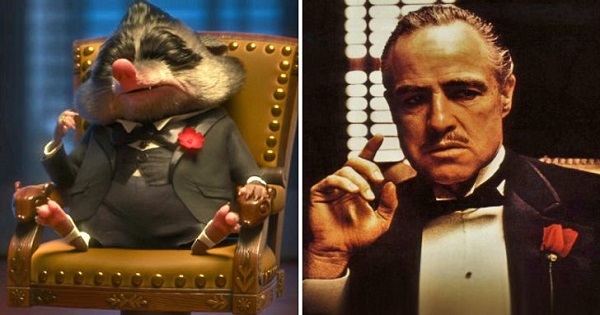 The studio doesn't limit its Easter eggs to Disney movies alone. Sometimes, they also feature some iconic scenes in other movies. Take the mafia kingpin in Zootopia. The way he's dressed and his pose is reminiscent of Don Corleone in The Godfather. 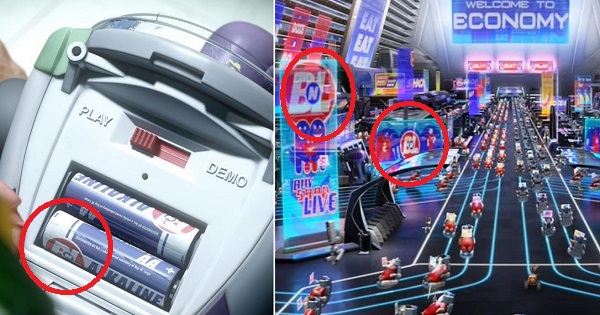 Buzz Lightyear is powered by a pair of batteries and you can see in one scene in Toy Story that the battery's logo is barely visible. In Wall-E, the BnL Corporation's logo is clearly visible and it's obviously the same one seen in Buzz Lightyear's battery. 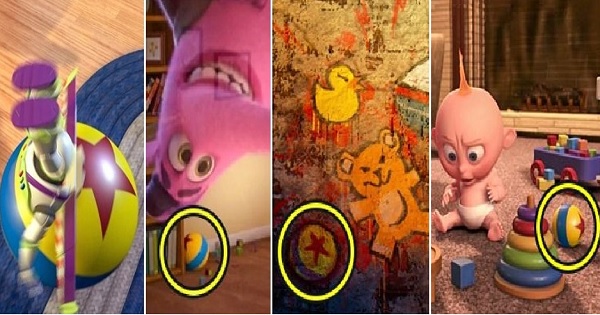 Just as Disney loves putting in some Mickey Mouse Easter eggs in its movies, the people at Pixar also love inserting references to the Luxo Ball in its movies. The ball can be seen in The Incredibles, Inside Out, Monsters University, and more. 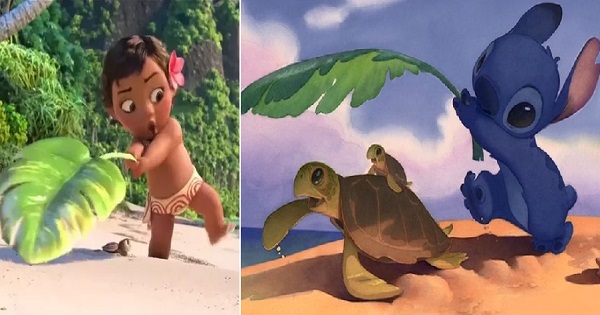 In a clear nod to Lilo and Stitch, you can see a young Moana manhandling a leaf on the beach in order to shelter a tiny turtle. A similar scene can be found in Lilo and Stitch with Stitch holding a similar- looking leaf over a baby turtle riding on top of its mother's shell. It's such an adorable scene!

8 - The pile of sweets in Frozen 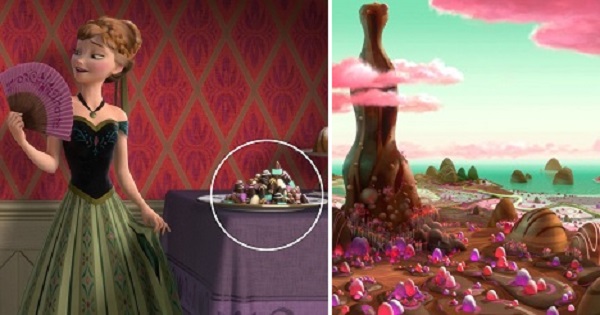 In Frozen, there is a scene where Anna can be seen standing beside a table piled with sweets. Those sweets look just like the ones found in one of the games in Wreck-It Ralph. 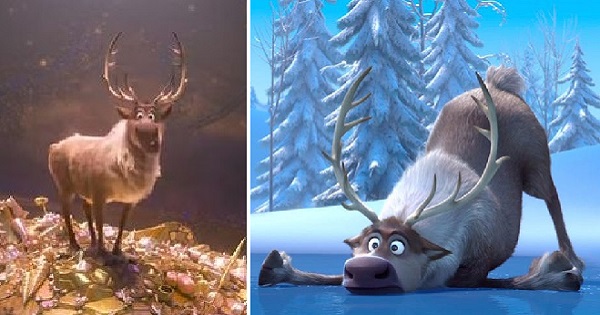 One scene in Moana shows Maui attempting to gain control of the magic hook. However, he's having a hard time and even results in him turning into random animals. One of the animals he transforms into is the exact likeness of the reindeer Sven from Frozen. 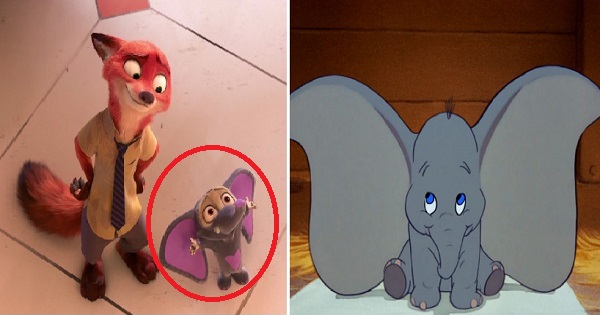 In Zootopia, Nick carries out his scams accompanied by a small fox dressed as an elephant. It doesn't take a leap of the imagination to see how closely the elephant costume resembles the beloved flying elephant Dumbo. As if to emphasize this point, the scene takes place in a shop owned by someone named Jumbo, Jr. That's the real name of Dumbo!

11 - A booming mime in Ratatouille 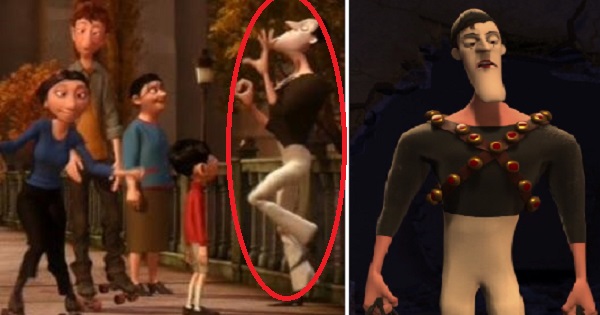 There's a scene in Ratatouille showing a street mime being performed. But you don't want to get too close. That was Bomb Voyage from The Incredibles! 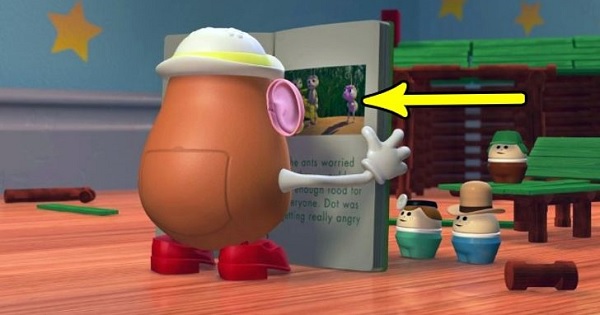 During one scene in Toy Story, Mr. Potato Head can be seen browsing through an illustrated book. A close-up of the illustration in the book shows characters similar to those found in A Bug's Life. 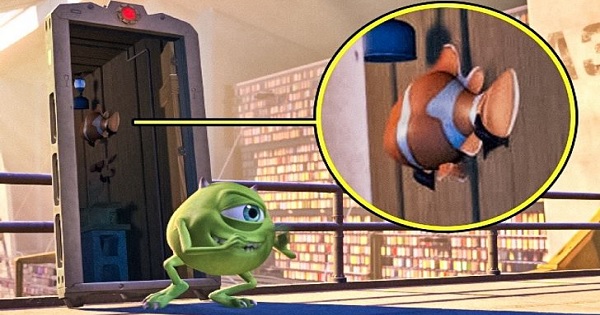 During one scene in Monsters, Inc., Randall is about to jump through the portal. But a closer look beyond the door reveals a familiar figure: Nemo! 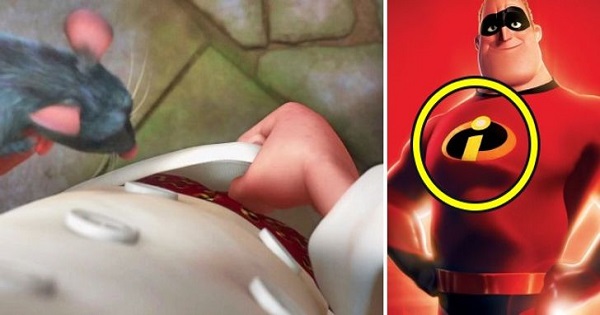 During one scene in Ratatouille, Linguini tries to hide Remy in his pants. This allows us to momentarily see his boxers which happen to sport the Incredibles logo. 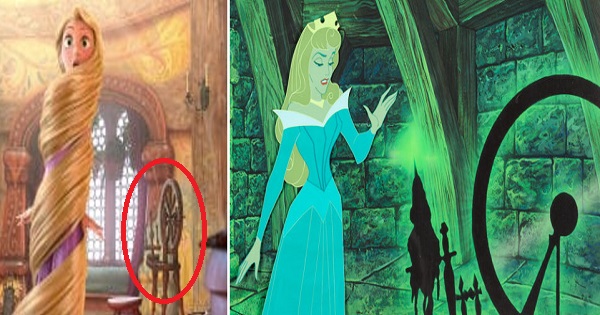 Rapunzel's tower in Tangled provides a wealth of Easter eggs. But perhaps most noticeable and iconic is Sleeping Beauty's spindle. The device can be found inside Rapunzel's room.